Tryptophan, a compound found in turkey, is often erroneously blamed for that sleepy feeling you get after eating a big Thanksgiving meal. It may surprise you to learn that while this substance does start off a chain of reactions that results in the release of melatonin, the “sleep hormone,” there is actually less tryptophan in turkey than in many other commonly consumed foods. Even chicken, which many of us eat regularly throughout the year, contains higher levels of this substance than turkey. As Thanksgiving approaches, it’s especially important to understand the truth about tryptophan.

The Truth About Tryptophan and Human Health 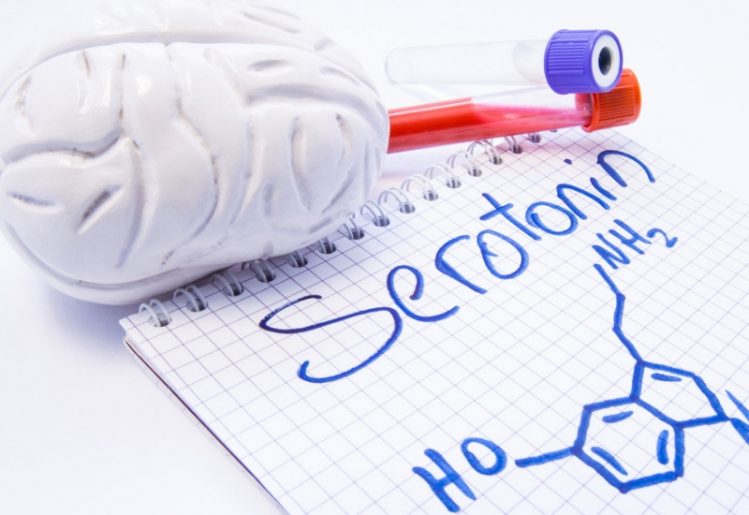 Because tryptophan is found in a number of foods we eat all year long, it can’t be said that eating turkey is any more likely to cause sleepiness than eating other foods. On holidays like Thanksgiving, in all likelihood it’s the high amount of fats, sugar and carbs in the meal that are zapping your energy — not the turkey. Even so, the tryptophan in turkey does play an important role in human health, and eating turkey on Thanksgiving can benefit you in a few different ways.

Tryptophan is an amino acid that triggers the production of serotonin, a mood-elevating hormone. Research has found that not getting enough tryptophan in your diet can actually cause a serotonin deficiency. While serotonin does help the body produce more melatonin, as mentioned above, it primarily benefits the mind and body in other ways. If you’re prone to the holiday blues, eating turkey leftovers in the coming weeks could help you feel more like yourself. As a mood-boosting hormone, serotonin gives you that feel-good vibe that you experience when doing something enjoyable. Since it helps you feel better, it makes sense that serotonin can help alleviate the symptoms of depression and anxiety. In fact, many people now refer to serotonin as a natural antidepressant.

Other than depression and anxiety, serotonin also influences many other health conditions. For instance, a serotonin deficiency can cause short-term and long-term memory problems. Conversely, people who eat more foods rich in serotonin-fostering tryptophan experience greater memory recall. Tryptophan has also been found to be effective in helping children with ADHD, or attention deficit hyperactivity disorder, by boosting the level of serotonin in the brain. Children suffering from ADHD have been found to have a significantly lower level of tryptophan in the brain, exhibiting less than half the amount found in healthy children’s brains.

Since getting enough tryptophan results in higher serotonin levels, research has determined that it can be effective in helping relieve PMS symptoms in women. Serotonin works to stabilize the mood and reduce feelings of irritability. Women who experience more severe mood-related PMS symptoms can increase their serotonin production by taking a supplement that contains tryptophan.

When it comes to serotonin deficiency, it may seem that simply eating more foods that provide the body with serotonin is the answer, especially for vegans or vegetarians. Since serotonin is commonly found in many plant-based foods, it’s easy to assume that eating these foods will help your body benefit from the increased levels of serotonin without forcing you to give up your lifestyle. Some examples of serotonin-rich natural foods include bananas, cherries, eggplant, grapes, potatoes and tomatoes. 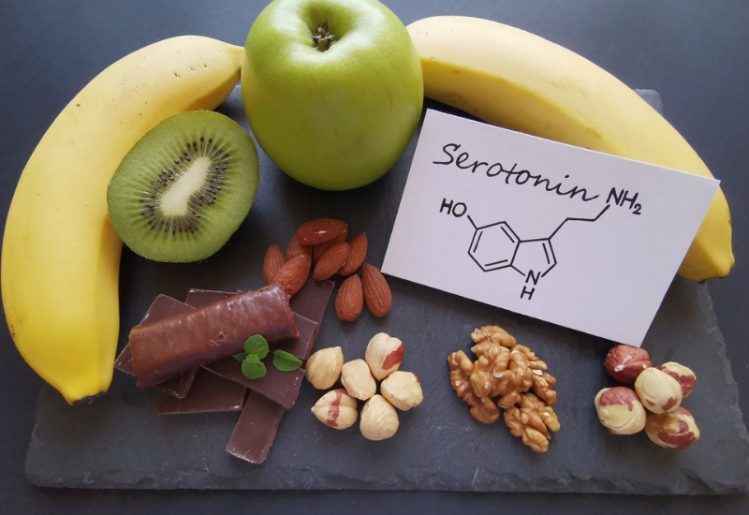 While there are many more natural foods that provide serotonin, eating these foods actually won’t increase serotonin levels in your brain. This is because serotonin is unable to cross the blood-brain barrier once ingested, so it will never make it to the parts of the brain that need the hormone. The truth about tryptophan is that it’s vital for the production of serotonin, since it is able to cross the blood-brain barrier. Once there, it begins contributing to the production of serotonin. Therefore, to ensure adequate serotonin levels in the brain, it’s necessary to eat foods that are rich in tryptophan, such as most types of meat.

In addition to red meat, tryptophan can be found in seafood and poultry of all kinds. Other foods containing adequate amounts of tryptophan include:

In striving to eat tryptophan-rich foods, it can be tempting to adopt a high-protein diet, can defeat the purpose of altering your diet in the first place. As you eat more protein-rich foods, you’re introducing other types of amino acids into your blood stream, all of which compete for transportation to the brain. In this situation, you won’t necessarily experience a boost in serotonin levels even though you’re eating more tryptophan-rich foods. If you’re consuming more tryptophan and wondering why you haven’t experienced a change in your emotional state, you may be experiencing this problem.

To correct the problem, take a look at your diet and try to increase your intake of tryptophan-rich foods without adding more protein to your diet. The best foods for vegans and vegetarians to consume are spinach, asparagus, soybeans, peanuts, sesame seeds and pumpkin seeds. Along with Swiss, Parmesan and cottage cheeses, these foods are rich in tryptophan, so they can help increase the production of serotonin without forcing you to make undesired dietary choices. Supplements like Serochron® provide both tryptophan and 5-HTP, which are both compounds used by the brain to produce more serotonin. Tryptochron also contains certain B vitamins which are vital for the process of converting tryptophan into serotonin.

In addition to sticking to a healthier diet, you may want to increase your level of physical activity and incorporate relaxation techniques into your daily routine. Stress and anxiety can inhibit the way tryptophan is processed in the body, so more exercise, yoga, meditation and other similar practices can help your body transform tryptophan into serotonin more efficiently.