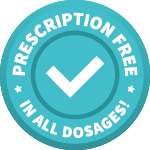 The ideal boost for DHEA and melatonin to prevent many symptoms of aging.

This product is available via Chronobrands.

Pregnenolone is a natural, extremely versatile product of cholesterol metabolism and is the precursor to several important endogenous hormones. Among other things, pregnenolone is the parent substance of the male and female sex hormones (estrogen, testosterone), stress hormones (cortisol) and DHEA. Since the amount of pregnenolone produced in the body decreases with advancing age, the metabolic functions dependent on pregnenolone-derived hormones are also reduced. Supplementing upon physiological levels of pregnenolone can reactivate these metabolic functions, exert a favorable effect on several health concerns and help protect the body from age-related physical decline. Therefore, like DHEA, pregnenolone is considered to be a «fountain-of-youth» hormone.

The metabolism of pregnenolone is very complex. All substances of this basic hormonal category have one feature in common; their chemically defined structure. Pregnenolone is the first metabolic product formed upon the absorption of fatty substances like cholesterol from food. Therefore it is also the primary building block for the production of nearly all other endogenous steroid hormones. Using pregnenolone as the precursor substance, the body produces the precise quantity of these elements needed at any given time. Unfortunately, in both women and men, the amount of endogenous pregnenolone available in the body declines with advancing age; a gender-specific decrease has not been conclusively established.

Some beneficial effects of pregnenolone, such as the maintenance of optimal memory, support of a healthy cardiovascular system and enhancement of the anti-inflammatory defense, are attributed to the direct effects of this natural compound itself. Numerous other effects likely also occur indirectly via several hormonal substances resulting from pregnenolone metabolism.

Pregnenolone may be transformed into dehydroepiandrosterone (DHEA) and act as such, or as the metabolites of DHEA like estrogen and testosterone. However, if necessary, it can also be transformed into progesterone and utilized as such, acting to maintain regulation of female sexual functions like the menstrual cycle.

This transformation into DHEA and / or progesterone occurs according to individual needs in the presence of psychological or physical stress, disease or during specific phases of life such as menopause. Sometimes, these intermediate metabolites must be transformed into other hormones like stress and / or sex hormones.

Stress, exhaustion and fatigue: Several studies show that a daily dose of 50 mg pregnenolone effectively aids states of stress and exhaustion. Millions of individuals who have regularly taken low doses of pregnenolone have benefited from its properties in terms of soothing stress and supporting optimal physical capacity. Pregnenolone has also been effective in maintaining a healthy mood, quelling anxiety and helping to mitigate sleep concerns. Most likely, all study participants suffered from a partial pregnenolone deficit, which was restored physiologically by this dose.

Menstrual symptoms: Since pregnenolone is a precursor to female sex hormones like progesterone and estrogen, the administration of pregnenolone can help maintain healthy female sexual function, for instance in cases of menstrual concerns or uncomfortable menopause symptoms. After menopause, pregnenolone can serve as a safe, natural hormonal building block that is free from the dreaded side effects of estrogen, while at the same time helping to ensure the continued health of female sex organs.

Androgenic deficit symptoms: In women as well as men, pregnenolone can serve as a precursor for healthy testosterone production in cases of age-related testosterone decline.

Metabolic disorder: Treatment with pregnenolone may be especially helpful for those over 40 years of age who wish to maintain healthy blood sugar levels within normal ranges; occasionally it is also suitable for younger candidates with similar concerns. In studies, it was shown that pregnenolone promotes healthy beta-cell function in the pancreas just to secret insulin physiologically.

The exact dosage of pregnenolone can only be decided after an individual’s hormone status has been determined. Intake may be started from the age of 25 years.

In normal cases take the capsule daily in the morning with plenty of fluid.

Not suited for pregnant or lactating women.

There are no reviews yet.

Be the first to review “Pregnenolone” Cancel reply