Menopause is a period of time in a woman’s life that is characterized by a lack of menstruation for 12 consecutive months. Menopause most commonly occurs sometime in women’s 40s or 50s. While being free from the inconveniences of having a monthly period may seem like a blessing, menopause can actually produce some uncomfortable, and sometimes even painful, symptoms. During menopause, it’s also not uncommon to experience a drop in libido or sexual desire. New research suggests testosterone for menopause may help increase women’s sexual health while also boosting libido. This latest study brings hope for women who want to live full, satisfying lives into their 50s and beyond. 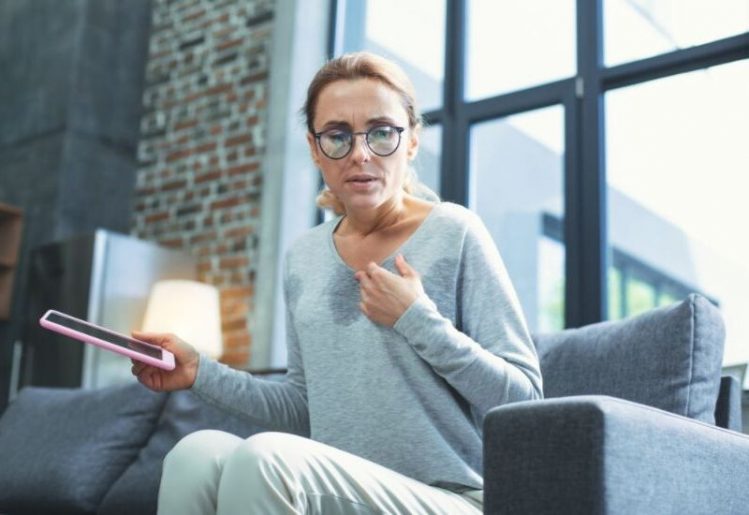 Menopause is most commonly associated with symptoms like hot flashes, mood swings and night sweats, so it may be surprising to learn that menopause also raises the risk of bone loss and of developing osteoporosis. Since the lower estrogen levels in the body that accompany menopause affect calcium levels in the bones, the bones become more brittle and lose volume. As a result, bone fractures become more likely in menopause and women’s bones, especially in the hip and spine, are more prone to breaks. A condition of weakened bones can persist for several years after the woman has experienced her last menstrual period.

Other common symptoms of menopause include:

Menopause affects each person differently, and even women in the same family may have completely different experiences. The frequency and severity of symptoms will also differ, so effective methods of treating symptoms will also vary. Once you reach menopause, regularly consulting your doctor can help you better manage the condition.

While we primarily think of testosterone as a male hormone, it is also found in women. Along with estrogen, testosterone is one of the six hormones produced by the female reproductive system, and whose levels fall after menopause. Low testosterone levels can affect many aspects of life, including libido. This fact has led researchers to conduct a 12-week study that looked at the effects testosterone treatments would have on post-menopausal women.

Spread across 36 trials, the researchers studied reports on 8,480 subjects. The participants in the study were followed via patient records spanning a time period from 1990 through 2018. Some of the participants were given testosterone treatments, while another group received other hormone treatments such as estrogen. In a third group, subjects received placebos. By the end of the study, the researchers found that overall sexual health was improved in the majority of women who were receiving regular testosterone treatments.

Sexual health was just one aspect of overall health that was examined for changes in this study. The researchers also examined cognitive, cardiovascular, musculoskeletal and emotional health. Breast health, cholesterol and hair growth were also evaluated during the study.

The participants in the study who received the testosterone treatments reported having a greater number of satisfying sexual encounters. Additionally, they noted that their sexual interest, or libido, had also returned to more normal levels. They also said they experienced more orgasms. The feeling of awkwardness that may accompany sexual encounters was also affected by testosterone treatments. The subjects said they had an improved self-image of themselves, which gave them more confidence in the bedroom. Sexually related concerns that previously caused them to feel stressed about sex had also been resolved or diminished.

Susan Davis, who headed up the study and works out of Melbourne, Australia’s Monash University, said that using testosterone for menopause is about more than increasing the number of satisfying sexual encounters. She says it can create a greater sense of well-being that helps post-menopausal women have healthier sexual encounters. The lead researcher adds that more research is needed to confirm these findings. Although this study didn’t show an effect on bone density, cardiovascular health or other factors, Ms. Davis hopes continued research will show that testosterone benefits those aspects of health as well.

While testosterone treatments may be used to help restore sexual health in post-menopausal women, there are more natural treatments that can alleviate the symptoms of menopause. Following are just a few options that you may want to try.

In general, studies have shown that a plant-based diet leads to better health, but certain veggies may specifically help promote healthier estrogen production. These foods include broccoli, kale, cabbage and other cruciferous foods. Some research suggests that high-fiber foods can also increase estrogen production.

There are many vitamins and minerals that can affect the different symptoms of menopause. For instance, ginseng can affect sexual arousal, red clover may boost bone health or St. John’s Wort can be used to improve sleep and mood. Rather than trying to add a variety of supplements to your daily routine, try to find one high-quality supplement that includes a diverse range of vitamins and minerals. For instance, the natural supplement Menochron® is specially engineered to help post-menopausal women alleviate certain symptoms of menopause. 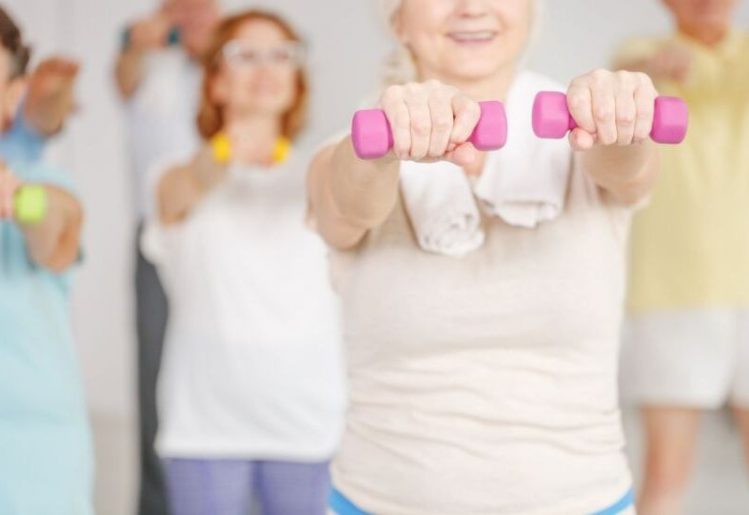 Moderate- to high-intensity physical activity can help alleviate a number of symptoms of menopause. Specifically, getting a minimum of 30 minutes of exercise each day can help you sleep better, diminish anxiety and depression and improve bone density. Regular exercise will also help you control your weight, ensuring you’ll build more lean muscle mass.

Alleviating stress is important for everyone, but it’s especially vital to the health of post-menopausal women. If you don’t find healthy ways to alleviate stress, you’ll be more prone to unhealthy eating habits, sleep disorders and drug or alcohol abuse. Look for activities you enjoy and those that you find relaxing. Try reading a book, taking a warm bath, meditating or practicing yoga.

If you’re concerned that you may be entering menopause, you should consult your doctor. Your doctor may recommend other treatments and lifestyle changes that will help alleviate your symptoms. In adopting healthier habits, you may find that the symptoms of menopause are more easily managed.