Phytoestrogens for men? According to numerous scientists and medical professionals, phytoestrogens—plant compounds that mimic the female hormone estrogen in the body—may play an important role in men’s health. This article describes phytoestrogens, the benefits men might reap from incorporating them into their health regiment and attempts to dispel misconceptions about certain side effects men might experience resulting from exposure to phytoestrogens. 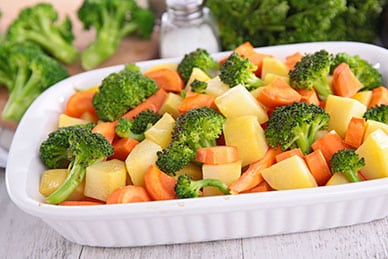 Phytoestrogens are a subgrouping of what is medically referred to as phytohormones. Typically, these substances are produced by and found in plants, most notably in many of the fruits and vegetables people consume as part of their diets. Examples include produce like garlic, parsley, soybeans and soy products, carrots, kale, broccoli, potatoes, dates, cherries, apples, pomegranates, sunflower seeds, sesame seeds, grain products and coffee beans. Among the two most studied and well-known types of phytoestrogens are isoflavones and lignans.

Though phytoestrogens are not thought to be as potent as the hormone estrogen, which is among the chief female reproductive hormones, those in the medical community have expressed confidence in their ability to precipitate many positive dietary and overall bodily health impacts. What is of even greater significance is that phytoestrogens are also believed to offer men many important health benefits.

Phytoestrogens for Men May Reduce the Risk of Prostate Cancer

Isoflavones, the phytoestrogens commonly found in soy and soy byproducts, may help reduce a man’s chances of being stricken with prostate and other hormone-related malignancies. No place has this fact been more evident than in Japan where the incidence of the disease is five times less likely than in the United States and other Western nations. Testosterone, the main male reproductive hormone, is known to serve as fuel for prostatic cancer cells and cause this specific type of cancer to grow and spread. Several therapeutic regiments are geared towards limiting or, in more severe cases, eliminating a man’s ability to produce testosterone. Scientific research has also shown soy might be effective in prohibiting the growth of prostate cells in men suffering from prostate cancer.  Researchers think the correlation might be related to the diet of the average Japanese man, which is much higher in soy than of men in the United States and other western nations.

It is suggested that isoflavones may play a part in helping men maintain healthy levels of LDL, aka “bad” cholesterol in their bloodstreams. This type of cholesterol is responsible for precipitating cardiovascular problems such as coronary artery disease, strokes and peripheral artery afflictions. Studies conducted on Asian men, all of whom consume diets rich in soy products, revealed they experienced less incidence of heart disease. Prominent American health organizations, such as the Food and Drug Administration and the American Heart Association, have stamped soy as a heart-healthy product and recommends men include more edible items containing the nutrient in their diets.

Scientists and nutritionists have discovered many men, especially those of advanced ages, consume diets lacking protein. For the most part, foods rich in soy are thought to be healthy but also contain enough protein to help those deficient in the critical dietary component meet—at a minimum—the nutrient’s recommended daily allowances.

Lignans: The Other Phytoestrogen for Men’s Health 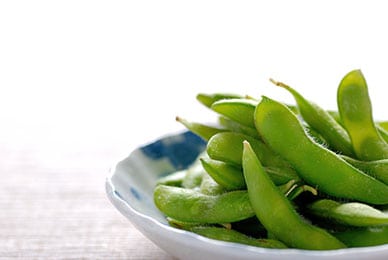 Like isoflavones, the phytoestrogens known as lignans are thought to provide added protection in the fight against various forms of cancer, as well as aid in the reduction of cholesterol levels. However, scientists believe these chemicals possess several health-boosting attributes, including:

Lignans are said to block the body’s ability to synthesize testosterone into the hormone called dihydrotestosterone (DHT). DHT collects in the hair follicles and can contribute to male hair loss or possibly even complete baldness.

Lignans contain numerous antioxidants. Antioxidants are substances that prevent or lessen inflammation in the body’s cells and tissues. The reduction and/or elimination of inflammation boosts the body’s immune system.

The similarity of phytoestrogenic lignans to sex hormones enables them to dock at certain hormone receptor sites, enabling them to contribute to promoting a healthy balance of hormones, especially during andropause.

Contrary to the belief of some, phytoestrogens in men do not cause feminization or bring about certain physiological changes. In the recent past, rumors have circulated that consuming a diet plentiful in phytoestrogens, particularly those containing soy, can lead to men developing excess breast tissue (a medical condition known as gynecomastia). That said, there are many in the scientific community who believe this theory is more of an “old wives tale” with little factual evidence. Studies conducted have shown that, if eaten in moderation and as part of an otherwise balanced diet, soy-based phytoestrogens like isoflavones will not result in a man developing breasts or experience any other form of “feminization.”

While research is still ongoing, the studies that have been completed suggest phytoestrogens may play a role in men improving their overall health and quality of life.