Chili peppers are used to create spicy dishes throughout the world, but research has found that this pepper also provides a vast array of health benefits. In fact, it’s the compound in the chili pepper responsible for creating that spicy, burning feeling that provides those benefits. This compound is called capsaicin and it has been the focus of several scientific studies in recent years. Now, new findings reveal that capsaicin relieves pain, adding to the myriad of health benefits that this component of chili peppers provides. 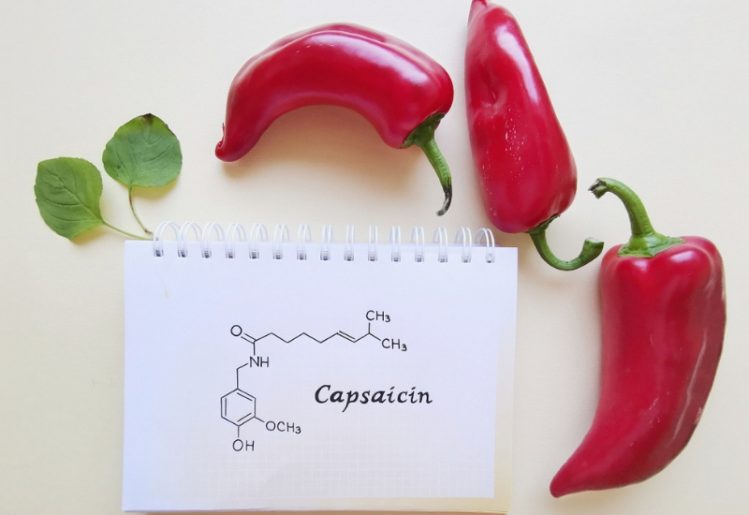 A recent study sought to uncover how capsaicin relieves pain, particularly since this compound has become a common ingredient in many natural pain relievers. Researchers at Rutgers New Jersey Medical School found that capsaicin causes the nerves in the body to send out signals that block pain receptors. Since this process also works to calm the nerves, study author Tibor Rohacs believes capsaicin can also be used as an effective analgesic. It was found that these calming and pain-relieving effects were highly effective and very long-lasting, suggesting that capsaicin supplements and medications may be especially powerful in terms of treating pain and other conditions.

The laboratory research was just the first step in evaluating capsaicin’s effect as a pain reliever. The team hopes to move forward with human research subjects to confirm the compound’s pain relieving benefits. As future research validates the compound’s effectiveness, capsaicin may soon offer a natural alternative to addictive pain killers.

Pain relief is just the latest benefit attributed to chili pepper consumption. Previously, researchers found evidence that capsaicin may also have a positive impact on the development of certain types of cancer, including lung cancer. This is a significant finding due to the rising number of instances of lung cancer each year. For this year, the American Cancer Society predicts 228,150 people will be diagnosed with lung cancer and 142,670 of those people will die from the condition.

Lung cancer is typically fatal as a result of the cancer metastasizing, or spreading to other parts of the body. However, recent findings suggest capsaicin may help prevent lung cancer from metastasizing. In testing, capsaicin was shown to help block the spread of lung cancer in rodents. In a separate study, the same effect was observed in cultured human cells.

During the testing on the human cells, it was observed that introducing the chili pepper compound into lung cancer cells stopped them from invading healthy cells. Similarly, rodents with lung cancer were administered doses of capsaicin and, as a result, the mice had lower rates of metastasis than mice who had not been administered capsaicin. The researchers found that the process was arrested because capsaicin blocked the activation of the Src protein, which is responsible for managing the longevity and mobility of cancer cells. The scientists conducting the study are hopeful that this research will lead the way toward developing medications that will help prevent the spread of lung cancer.

In another study, it was found that capsaicin can also have a positive effect on obesity, which is another growing epidemic. Working out of the School of Pharmacy at the University of Wyoming, Dr. Baskaran Thyagarajan tested metabocin on mice. Metabocin is a new drug that’s engineered to release controlled doses of capsaicin over a 24-hour period. The mice used in the study ate high-fat foods. The health of the mice was evaluated by testing their blood pressure, heart rates, liver function and kidney health.

Over an eight-month period, the researchers noticed that the metabolic health of the mice improved. Most notably, they exhibited lower blood pressure and cholesterol levels, lower blood sugar levels, improved insulin responses and reduced symptoms of fatty liver disease. Additionally, the team found that the mice taking capsaicin for the eight months also exhibited weight loss without suffering harmful side effects.

Can Capsaicin Help Us Live Longer? 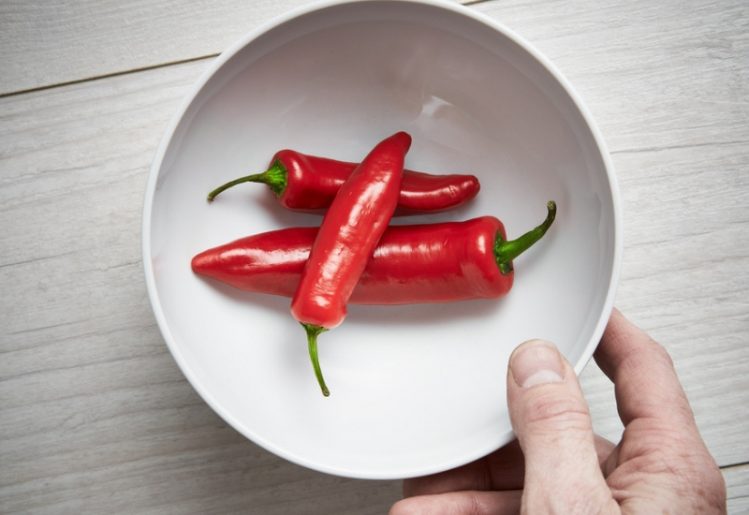 Finally, a study on how capsaicin affects longevity found that people who regularly consumed chili peppers were likely to live up to 18 years longer. The University of Vermont study evaluated the effects of consuming chili peppers on 16,000 subjects. They found that the food reduced premature mortality in subjects from all causes as well as from specific causes such as colorectal cancer.

The subjects in the study were selected from the National Health and Nutritional Examination Survey III, which was conducted between 1988 and 1994. As a part of the food consumption aspect of the survey, subjects were asked to record the frequency of their chili pepper consumption. Subjects chosen for the study were asked to participate in a follow-up survey 18.9 years later and the researchers noted that 4,946 had died within the intervening years.

Once the data had been reviewed and evaluated, the research team found that the subjects who consumed chili peppers had a 13 percent lower risk of an early death from all causes than those who did not regularly consume chili peppers. In particular, the researchers noted that eating chili peppers appeared to reduce the risks of developing fatal cardiovascular diseases, such as strokes and heart attacks.

This study was observational, so it’s not possible to confirm why capsaicin has this effect on longevity. However, the researchers believe it’s related to the effects that capsaicin has on the release of transient receptor potential (TRP) channels. Capsaicin activates the production of TRP vanilloid type 1 (TRPV1), which is known to promote weight loss and lower the risks of obesity and other metabolic conditions. By fighting fat cells, TRPV1 helps reduce the chances of developing diabetes, lung diseases, heart diseases and blood flow problems.

The study suggests that adding chili peppers, or incorporating capsaicin into the diet in other ways, may help us live healthier lives and live longer. Looking at the ways that capsaicin affects our health overall may lead to changes in how we view diet and nutrition. As more studies delve more deeply into the health benefits of capsaicin, chili peppers may become a staple of a healthy diet in the future.