Melatonin is most often thought of as the “sleep hormone,” as it is produced by the body in response to lower levels of light at the end of the day in order to promote sleep. New research finds a link between melatonin and metabolism, suggesting the sleep hormone is also essential in maintaining a healthy weight. 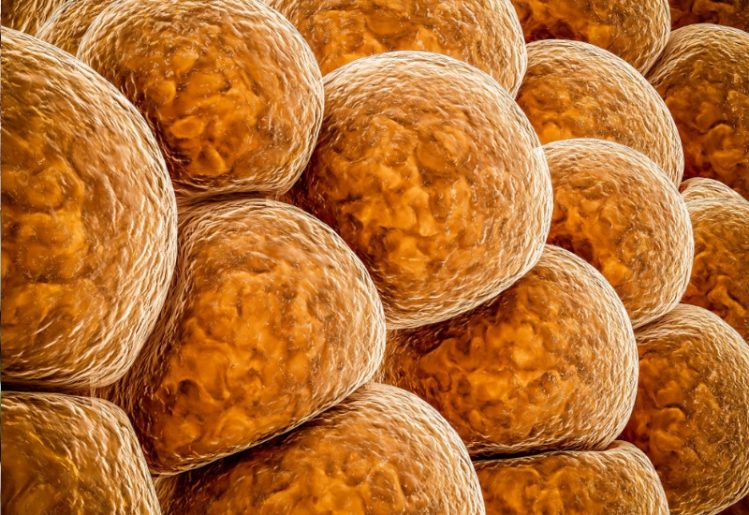 There is a confirmed link between melatonin and metabolism; but how does a hormone that promotes sleep also help the body burn fat? In a recent study, it was discovered that melatonin helps the body to make a special kind of fat cell that actually works to burn calories.

In the study, 16 rats were divided into two groups and each group was fed exactly the same diet. The only difference was that the first group was given water mixed with a melatonin supplement, while the rats in the second group drank regular water.

Once the trial period was over, the researchers conducted tests on all of the rats to get an accurate count of brown and white fat (adipose) cells. These two types of cells are of particular interest, because brown fat cells burn fat and encourage weight loss, while white fat cells store calories and promote weight gain. The rats who drank the mixture of melatonin and water were found to have significantly more brown fat cells than the rats who weren’t given the supplement.

These findings are especially interesting in that all of the rats were fed the same diet and engaged in similar levels of physical activity. Dr. Russel Reiter, who co-authored the study, explained that the melatonin had a positive effect on the brown fat cells in the rats’ blood. He suggested that the hormone encouraged the production of more brown fat cells, while also causing white fat cells to turn brown.

These are the same brown fat cells that are produced as the result of physical activity, so there’s hope that this research may lead to new treatments for weight loss and obesity. Even though melatonin is used by the brain to promote sleep, melatonin supplements do not make people overly drowsy like sleeping pills do. This means the side effects of taking a melatonin supplement for reasons other than sleep are minimal and that it is safer than most over-the-counter medications.

Why Does Sleep Play a Role in Weight Management?

Even before researchers found a link between melatonin and metabolism, it was known that sleeping habits played a significant role in obesity and weight loss. In a previous study, it was discovered that the resting metabolic rate was lowered in men who didn’t get enough quality sleep. A group of 15 men were deprived of sleep for a 24hour period, and afterwards, had their resting metabolic rates (RMR) examined. Researchers found that their RMR were 5 percent lower than normal. Additionally, their metabolic rates after eating were 20 percent lower, causing more fat to be stored in the body.

More research has found that poor sleep results in a greater risk of weight gain and obesity. While children with insufficient sleep cycles are 89 percent more likely to become obese, adults also face a 55 percent increased risk of obesity as the result of poor sleep. This may be the result of a combination of poor melatonin production and the development of poor nutritional habits that often accompanies sleep deprivation.

One study followed the sleeping habits of 60,000 non-obese nurses over a 16-year period. Researchers found that the nurses who got fewer than seven hours of sleep per night, averaging at 5.5 hours nightly, were 15 percent more likely to become obese within the 16-year period.

The problem is compounded by the fact that spending more time awake leads to frequent snacking and overeating. This is especially true of people who work unusual hours, such as graveyard shifts, because they tend to eat irregularly and exercise less. This adds to the problem of weight gain, which is further aggravated by a lack of sufficient sleep.

How You Can Maintain a Healthy Circadian Rhythm

Your body produces melatonin naturally, but the release of a sufficient amount of the hormone relies on maintaining a healthy circadian rhythm, or biological clock. The circadian rhythm regulates sleep and wakefulness by releasing hormones, such as melatonin, and the circadian rhythm itself is regulated by exposure to daylight and the darkness of night. These tips can help you use the changing of day into night to better regulate your own circadian rhythm.

Your circadian rhythm uses the rising and setting of the sun to determine the best time for releasing melatonin, but it can be tricked by artificial light. This is why it’s a good idea to turn off electronic devices and dim lights at least one hour before bed. This gives your brain time to adjust and wind down for the night.

Get More Light During the Day 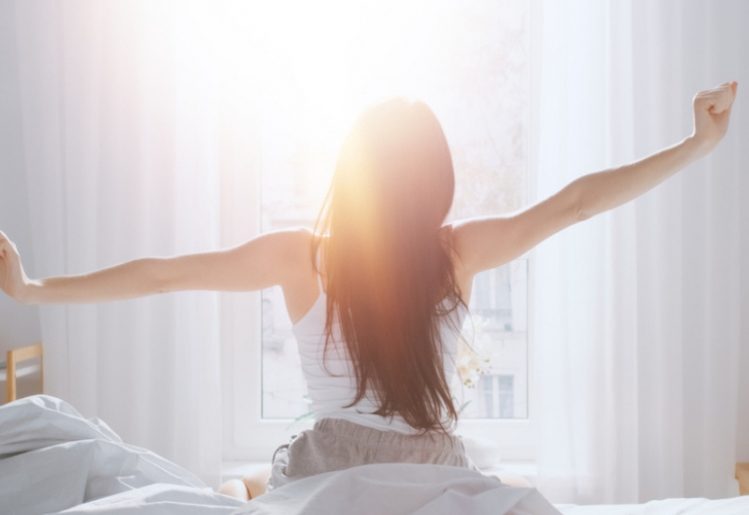 It’s just as important to expose yourself to natural sunlight as much as possible during the morning and early afternoon hours. If you’re not getting this sunlight exposure, your circadian rhythm can be thrown off balance and may not produce adequate amounts of melatonin at bedtime. At the very least, try to work next to an open window that’s facing the sun in the morning or afternoon.

Getting at least 30 minutes of moderate-to-high intensity exercise each day will also help your body maintain a reliable circadian rhythm. If possible, you should exercise outdoors, or in a fitness center with plenty of windows. This will allow you to maximize your sunlight exposure, while also helping you promote better weight loss and muscle growth. This will all help your brain produce more sufficient levels of melatonin in the evening.

There are also a number of natural foods that contain melatonin, so eating a more varied diet that includes some of theses foods can help. Some examples include walnuts, sunflower seeds, almonds, tomatoes, cherries and fennel. A couple of spices that are also excellent sources of the hormone are coriander and cardamom. Since melatonin promotes a healthier metabolism, adding these foods to your diet can help you lose weight and sleep better. If you are finding it hard to eat enough melatonin-rich foods, you can take a high-quality melatonin supplement to help you fall asleep more quickly and enjoy a more restful sleep.