Diabetes is one of the fastest growing health problems in the United States and Western World, with around a third of the American adult population currently diabetic or showing signs of developing diabetes. While this disease can be difficult to manage, it can often be treated or even prevented by controlling blood sugar. An increasing body of research suggests that your circadian rhythm may be an incredibly important factor in blood glucose levels and diabetes management. Understanding the way your blood sugar changes over the course of a day is crucial to taking proactive steps to prevent wide fluctuations.

Diabetes is a disease in which the body has chronically high blood sugar levels due to defects in blood glucose metabolism. In type 1 diabetes, the pancreas does not make insulin, a hormone that is critical to getting blood glucose out of the bloodstream and into cells where it is needed. In type 2 diabetes, the problem is more complicated: Although there may be normal or even high insulin levels, the cells have become insulin resistant. This means that they do not let blood sugar into the cell even when there is enough insulin. With both types of diabetes, blood sugar remains in the bloodstream where it is very destructive, while cells often starve for fuel.

Diabetes has increased in modern times to the point that it is now considered an epidemic. It is one of the most pervasive and expensive health problems in the United States. Even more distressing, rates of this disease and related disorders of the metabolism are expected to continue increasing for the foreseeable future. Americans have too much access to carbohydrate-rich foods; in fact, these are often the most accessible and affordable.

The Dawn Phenomenon and the Circadian Rhythm of Blood Sugar

Recent research indicates that circadian rhythm is a very important part of how our bodies metabolize blood glucose. Whether you are diabetic or not, your blood glucose likely follows a rhythm known as the “dawn phenomenon.” In this phenomenon, hormones released in the morning drive cortisol levels high. Cortisol is released, which decreases insulin and increases glucagon. This causes blood sugar to increase, ensuring that we are conserving energy to be used after we awake.

This hormonal release appears to be an important link between the circadian rhythm and blood sugar. Although this phenomenon is troublesome mainly for people with diabetes and other metabolic diseases, it occurs in almost all people. This is partially due to the influence of glucocorticoids such as cortisol. When researchers studied mice who had been administered glucocorticoids, they found that these hormones increased the activity of three different genes linked to circadian rhythm. In addition, the mice’s blood sugar levels increased. 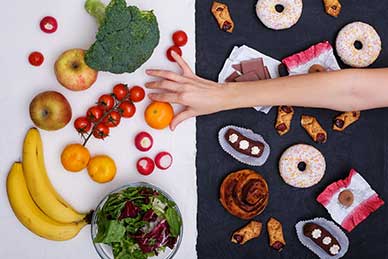 Whether you have type 2 diabetes or are in perfect health, maintaining stable blood glucose will help you to feel better and actually be healthier. There are several ways that you can accomplish this, including:

There are also several healthy and natural supplements that can be used to keep blood sugar under control. Consider taking a supplement designed to support healthy blood sugar with ingredients such as chromium picolinate, N-acetyl cysteine, bilberry fruit, banaba leaf, vanadium, Gymnema, fenugreek and bitter melon. These ingredients each work in a different way to support healthy blood glucose and maintain metabolic balance. Magnesium has also been shown to protect against the development of diabetes.

While diabetes is common, there are many healthy and natural ways that people can prevent and even treat it. Maintaining control of your blood sugar will help you to feel better and actually be healthier, both now and over the course of your life. Understanding your circadian rhythm and how it affects your blood glucose is an important piece of this puzzle.