While sitting down to a never-ending pasta bowl probably isn’t the healthiest interpretation, a growing body of research suggests that eating carbohydrates does come with some benefits. Low- and no-carb diets have become extremely popular weight loss methods, but could they be doing more long-term harm than good? New research suggests there could be a negative link between a low carb diet and gut health.

Investigating Link Between a Low Carb Diet and Gut Health

As Oleg Paliy, Ph.D., Associate Professor at Wright State University and corresponding author of a new study investigating the matter, commented, “the relative beneficial and harmful effects of the high-carb and high-fat diets are a subject of many studies and debates.”

Previous research suggests that a low-carb diet may be useful in helping treat dementia, psychiatric conditions, and perhaps even cancer. However, overall, research seems to support the idea that consuming at least some carbs is necessary for the best health outcomes.

The latest findings indicate that if followed long-term, a low-carb diet could actually shorten your lifespan by up to four years, significantly increasing one’s risk for cancer, coronary heart disease and stroke. Recently, scientists revealed that a low-carb diet could cause insulin resistance and raise one’s risk for Type 2 diabetes. Now, new research published in Applied and Environmental Microbiology suggests that not eating enough carbs harms gut health, a situation which can increase your risk for colorectal cancer.

The Importance of Healthy Gut Bacteria

Each of us shares a symbiotic cohabitation with trillions of microorganisms existing both on and inside our bodies, the largest number of which reside within our gastrointestinal tracts. The bacterial colonies living in the gut, referred to as the gut’s flora or microbiota, are a key factor in health and play a large part of many critical bodily functions. They directly influence key aspects of health such as brain function, hormone regulation, immune response as well as vitamin and nutrient production and absorption.

Dysbiosis of the gut’s microbiota has been implicated in the development of or complication in conditions such as cancer, diabetes, cardiovascular disease, obesity and asthma. Such imbalances have also been found to contribute to psychiatric and neurological disorders such as depression, autism, PTSD, multiple sclerosis and Alzheimer’s disease. Evidence has shown that even the smallest imbalance to these complex microbial communities can quickly lead to illness and mental health decline. 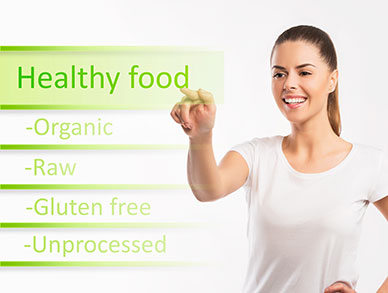 Comparing a high-fat, no-carb diet to a typical Western diet, researchers from Wright State University investigated diet’s effect on gut health and found that the switch from a balanced diet to a higher-fat, no-carb diet caused a noticeable shift in the strains of bacteria that are present within the gut. The no-carb diet was found to increase the types of fatty-acid metabolizing bacteria and decrease those responsible for metabolizing carbs and proteins. The result of this is a decrease in the synthesis of antioxidants and short-chain fatty acids, which, according to the researchers, “[might] potentially have negative health consequences on the host.”

Beneficial antioxidants and short-chain fatty acids are created when the microbes in our guts process carbohydrates. These fatty acids and antioxidants serve to combat DNA damage and the effects of aging. Their presence reduces inflammation, regulates appetite, and lowers the overall risk of colorectal cancer.

Dr. Paliy explained, “intestinal microbes mediate many dietary effects on human health. There, most of these compounds are fermented by gut bacteria. This happens because a significant proportion of dietary carbohydrates, proteins, and fats escapes digestion in the small intestine, and reaches the colon, a section of the gut housing a dense population of microbes.”

So, while a low- or no-carb diet may be helpful for short-term weight loss, following such a regime long-term could result in major disruptions to bowel health.

In order to conduct their research, the team used an experimental mechanism that was designed to simulate the gut. The apparatus integrated three glass containers, each meant to simulate a different region of the human colon. Each vessel was “seeded” with gut microbe samples that were supplied by human fecal donors.

These colonies of bacteria were fed nutrients that were meant to mimic either a balanced Western diet or that a diet comprised only of dietary fats. The team then analyzed the changes to the microbiota using high-throughput sequencing to evaluate the composition and high-performance liquid chromatography to measure the metabolites of the bacterial colonies.

Their observations revealed that switching from a Western diet to a high-fat diet caused an increase to the populations of bacteria that metabolize fatty acids, including Alistipes, Bilophila and numerous types of Gammaproteobacteria, while there was a decline among bacterial populations that process carbohydrates and proteins, including species of Bacteroides, Clostridium and Roseburia.

The loss of bacteria that metabolizes carbohydrates caused a sharp decrease in the production of short chain fatty acids. The researchers also observed a significant drop in antioxidant production, important beneficial compounds which prevent and repair cellular and DNA damage and help to curb the effects of age. The team’s findings add to mounting evidence that cutting out carbs may not be the healthiest choice.

As evidenced, the beneficial bacteria in the gut are essential to the production of vitamins, the absorption of nutrients, the combat of pathogens and a host of other critical functions. There are a number of factors that influence the number of and types of bacteria present in the gut. Here are a few that you can control yourself: