Type 2 diabetes is on the rise, affecting over 30 million Americans — over 10 percent of the population — each year. Germany records more than 600.000 new cases per year. Despite recommendations regarding what to eat and other lifestyle changes, science has been unable to slow the proliferation of this “modern-day” disease. Now, new findings reveal that meal timing affects blood sugar. This crucial information may lead to a more effective manner of controlling glucose levels for diabetics.

What is Type 2 Diabetes? 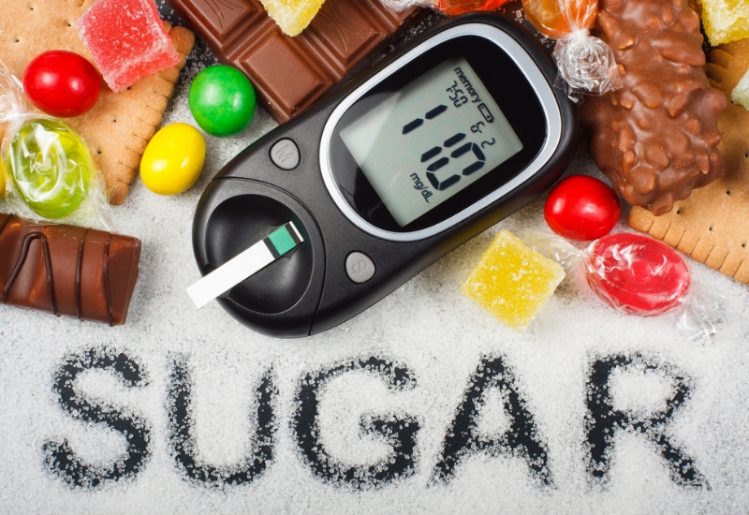 Before you can understand how meal timing affects blood glucose levels, it’s important to understand how type 2 diabetes affects the body. Essentially, the body uses sugar (glucose) for energy by pushing that sugar from the bloodstream into the cells. Once within the cells, glucose can be used to power a number of functions throughout the body. In order to get the glucose into those cells, the body relies on a hormone called insulin, which transports the glucose. Higher levels of sugar in the bloodstream means that a higher level of insulin must be produced to effectively usher that sugar into the cells for use as energy.

When there are consistently high levels of sugar in the blood, the body’s insulin production goes into overdrive. If this becomes a prolonged situation, the body will eventually build up a tolerance to insulin. This will either result in the body’s inability to create enough insulin to process the high glucose levels, or the insulin that is produced may not be powerful enough to move the sugar into the cells. Eventually, chronic higher-than-normal blood glucose levels result in type 2 diabetes.

The most common symptoms of type 2 diabetes include:

This can be a difficult symptom to recognize, because it can seem like part of a logical and normal cycle. It begins with increased thirst and, as you consume more water, you’ll naturally have to urinate more. You’ll likely wake up several times throughout the night to drink more water or urinate.

You may also notice that you’re hungry more often. This is because the sugar in your blood supply isn’t being processed by your cells, which means those cells are starving for energy. As a result, your cravings for food will become stronger and more frequent.

Since the sugar in your blood can’t be processed by your cells, they will have to use previously stored fat for energy. This often results in weight loss, which is not the result of healthier eating and increased physical activity.

Cells in need of energy will draw sustenance from all over the body, including taking the moisture from around the eyes. As a result, your eyes will become dry and inflamed. This usually leads to vision that is temporarily more blurred.

Due to slower blood flow throughout the body, and vitamin deficiencies that are common among diabetics, the immune system isn’t as strong as it should be. As a result, it can take longer for wounds to heal and there is also an increased risk of contracting illnesses or infections. 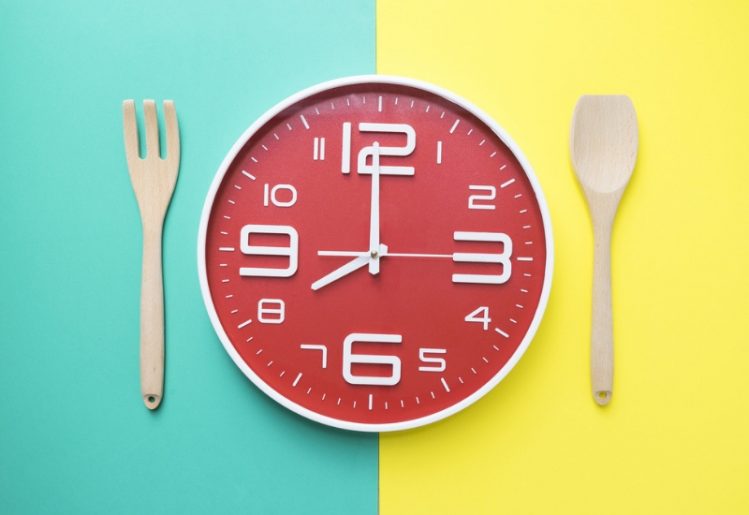 While the importance of eating healthy plant-based foods remains an important factor in controlling blood sugar levels, researchers have found that eating within a specific nine-hour time frame also has a noteworthy impact on blood sugar levels. In a previous research project, mice were fed a high-fat diet, but were only delivered their meals between the hours of 9:00 a.m. and 6:00 p.m. on a daily basis. The improved glucose levels observed in the mice inspired researchers who hoped to confirm the findings with further studies. Specifically, teams from Australia’s University of Adelaide and California’s Salk Institute for Biological Studies hoped to reproduce the findings in human subjects.

This most recent study involved 15 men between the ages of 30 and 70 who were at risk of developing type 2 diabetes and who were also overweight, with a waist circumference of 102 centimeters or more. Over a one-week period, the men were restricted to a similar eating schedule as in the previous animal study. Some participants took all of their meals between 8:00 a.m. and 5:00 p.m., while others were able to eat their meals between noon and 9:00 p.m. In either case, all participants had to adhere to the nine-hour time frame established in the earlier study.

By the end of the trial, men in both groups exhibited better blood sugar management. The men also experienced weight loss as a result of the altered eating schedule. The research authors noted that because the men had been asked to eat whatever foods they would normally consume, the results were not produced by healthier eating choices.

More Benefits of Adhering to a Strict Meal Schedule

Now that we know meal timing affects blood sugar, we’re also becoming aware that adhering to a strict schedule also provides other benefits. Over time, your body’s internal clock, or circadian rhythm, will adjust to your eating schedule. This means you won’t feel the need to snack as often. You’ll feel hungry as your normal meal time approaches, but you’ll get fewer cravings at other times during the day.

Additionally, the way meal times interact with the circadian rhythm can affect your ability to manage your weight. This is why people who eat later in the evening, especially after the sun has set, are more likely to put on extra pounds. Limiting your eating to daylight hours can help you maintain your weight, and may even help you lose weight.

Eating during daylight hours can also help your body make more efficient use of the vitamins, nutrients and protein in your diet. Since your digestive system and gut microbiome are more active during these hours, they can more efficiently extract healthy nutrients. Those nutrients may help keep the skin smooth, or help organs throughout the body function better. In the end, when you eat may be just as important to your health as the types of foods you consume.