Previous research has demonstrated that deficient levels of vitamin D may increase the risk of developing diabetes. The most recent study on the subject, which was published in the scientific journal PLOS ONE, offers support for this significant connection between vitamin D and diabetes.

In a recent study carried out by a team of researchers from the University of California San Diego and Seoul National University involved 903 healthy adults with an average age of 74 who had no indications of either prediabetes or diabetes. Researchers followed the participants for 10 years, measuring their levels of 25-hydroxyvitamin D, along with fasting plasma glucose and oral glucose levels. 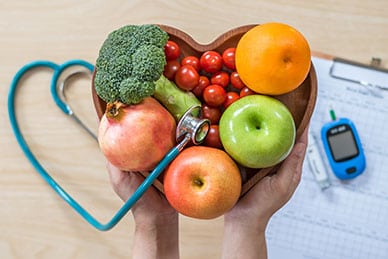 Among the participants, there were 47 new cases of Type 2 diabetes and 337 cases of prediabetes, which is when blood glucose levels are much higher than normal but not yet high enough to be considered Type 2 diabetes. Researchers noted the minimum healthy level of 25-hydroxyvitamin D as 30 nanograms per milliliter — 10 nanograms per milliliter above the level originally recommended in 2010 by the Institute of Medicine, which is now part of The National Academies, a health advisory group to the federal government.

According to first author Sue Park, M.D. of Seoul National University College of Medicine in South Korea, “we found that participants with blood levels of 25-hydroxyvitamin D that were above 30 ng/ml had one-third of the risk of diabetes and those with levels above 50 ng/ml had one-fifth of the risk of developing diabetes.”

Co-author Dr. Cedric Garland, of the University of California San Diego, noted that those with 25-hydroxyvitamin D levels below 30 nanograms per milliliter were considered to be vitamin D deficient.

Dr. Garland, who has led previous investigations regarding the connection between vitamin D levels and various cancers, noted that this study builds upon previous epidemiological research that links vitamin D deficiency to a higher risk of developing diabetes, but he cautions that epidemiological studies are not necessarily proof of causality.

“Further research is needed on whether high 25-hydroxyvitamin D levels might prevent Type 2 diabetes or the transition from prediabetes to diabetes, but this paper and past research indicate there is a strong association,” Dr. Garland concluded.

Causes and Common Symptoms of a Vitamin D Deficiency

Most people are likely aware of vitamin D’s essential role in the body’s ability to absorb calcium, but vitamin D is also critical to the body’s immune, musculoskeletal and nervous systems. Not getting enough vitamin D has the potential to affect the entire body and can possibly lead to the onset of certain diseases and illnesses.

Vitamin D deficiencies are extremely common. An estimated 1 billion people globally have low levels of vitamin D in their blood and around 42 percent of adults in the US are deficient. Most people don’t even realize that they are deficient because the symptoms are generally so subtle that they may not be recognizable even if they are having significant impacts on their quality of life. 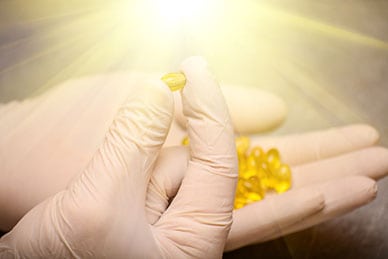 Vitamin D deficiency is becoming increasingly common. There are a number of different reasons that you may become deficient in vitamin D, such as:

There are certain risk factors that may affect whether or not a person is more likely to develop a vitamin D deficiency:

Potential Signs and Symptoms of a Vitamin D Deficiency