New research investigating the link between vitamin D and metabolic syndrome suggests that a deficiency of this nutrient may be a factor in rising rates of chronic illness.

Are you dealing with low energy, malaise and a lack of motivation? Are you also, like many Americans, struggling with maintaining healthy blood sugar, blood pressure or cholesterol levels? If so, the link between vitamin D and metabolic syndrome may offer both hope and a way of overcoming your challenges. With the winter looming over many of us, vitamin D has become a major topic of conversation—and a very common source of nutrient deficiency. Have you stored up enough of this vital nutrient to make it through the winter with optimal health?

The Power of the Sun 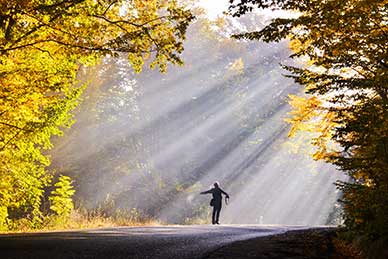 Vitamin D is essential for healthy bones and teeth as well as a variety of metabolic activities. If you have a severe deficiency, you are at risk of developing rickets, a disease in which people have soft bones that bow under their weight. However, even mild Vitamin D deficiencies can have an impact on life and health. People who are low in this vital nutrient may suffer from fatigue, depression and slow mental function. They also are more likely to suffer from metabolic syndrome, a disorder characterized by high blood sugar, high blood pressure, high cholesterol, high triglycerides and an accumulation of fat around their waist.

The reason so many people in the U.S. and Northern Europe are deficient in vitamin D is not a shortage of nutritious food, but rather a lack of sunshine. Vitamin D precursors can be found in some foods such as fatty fish and eggs as well as fortified cereals, to which it is added. It is then converted to a usable form in a series of steps involving the liver and kidneys. In addition, our skin cells can synthesize this vitamin when exposed to sunlight. People in far northern areas spend half of the year with sunlight that is not strong enough to fuel this chemical reaction; in addition, many of us wear sunscreen in warmer months to prevent skin cancer. The result is that vitamin D deficiencies and the associated health problems are becoming increasingly common in the Western world.

Several major recent studies have strengthened the previously known links between a lack of vitamin D and metabolic syndrome. Elderly people who have low levels of this nutrient are more likely to develop this disorder. In general, elderly people with high levels of vitamin D have lower blood sugar, lower blood pressure and lower cholesterol whether they have metabolic syndrome or not. In addition, diabetics who have vitamin D deficiencies are more likely to have out-of-control blood sugar, putting them at risk of developing serious complications such as damage to their eyes and kidneys. 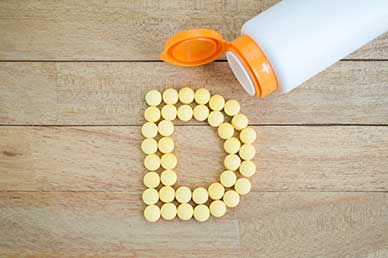 If you suspect that you have low vitamin D, there are simple blood tests to measure levels of this nutrient that any doctor can prescribe for you. However, different people need different levels to function optimally, so a normal score does not automatically mean that you are not at risk. Be sure to get time in the sun every day without sunscreen; even short amounts of time in the summer can make a huge difference. Keep these exposures small so you do not tan or burn, raising your risk of skin cancer and premature aging.

If you live in an area where sunlight is weak or cloud cover is common, consider adding more fortified cereals, oily fish and eggs to your diet. Alternately, you can simply take a vitamin D supplement or a comprehensive multivitamin that contains vitamin D. There are several forms of vitamin D, with D3 (cholecalciferol) being the most potent, so it is important to get the right kind. In addition, it is always good for your health to eat less sugar and saturated fats, lowering your risk of metabolic syndrome overall.

While we have been trained to fear the rays of the sun, a few minutes of its potent light can make a large difference in your health. Not only will higher vitamin D levels leave you feeling more energetic and motivated, but they will also help to prevent some of the most serious chronic illnesses faced by people in the West.