Due to the rising threat of antimicrobial resistance, antibiotics have received an increasing amount of attention in recent years. It is well-known that antibiotics interrupt the millions of microorganisms that make up our body’s natural gut flora. Recent research has shown that the microbiota in our gastrointestinal tract plays a crucial role in maintaining immune function, hormonal balance and even mental health. With this in mind, researchers set out to determine whether this link could mean that antibiotics shorten lifespan. According to their preliminary findings, the effects of long-term use of antibiotics by women later in life may be linked to an increased risk of death from heart disease or other causes. 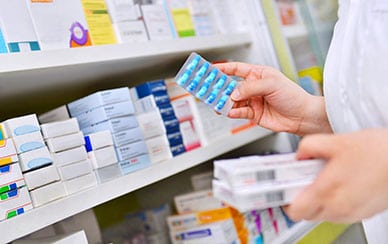 In collaborative efforts between Tulane and Harvard universities, researchers evaluated the link between antibiotic usage and cause-specific risk of death. Previous studies have shown that antibiotics can cause significant changes in gut microbiota, the microorganisms that live in the digestive tract. Researchers hoped to investigate whether these microbiota change in a way that can increase a person’s risk of developing cancers, heart disease, or other serious illnesses.

“Gut microbiota alterations have been associated with a variety of life-threatening disorders, such as cardiovascular diseases and certain types of cancer,” according to the lead author of the study, Dr. Lu Qi, professor of epidemiology at Tulane University in New Orleans. “Antibiotic exposure affects balance and composition of the gut microbiome, even after one stops taking antibiotics; so, it is important to better understand how taking antibiotics might impact risks for chronic diseases and death.”

One of the first observational studies to quantify how antibiotics can affect gut and heart health, the research findings were presented at the American Heart Association’s Epidemiology and Lifestyle conference.

The team followed more than 37 thousand US women who were aged 60 years and older. The women, who were free of heart disease and cancer at the study’s start, reported their antibiotic usage and were then classified based upon this frequency of use. Researchers followed the study group from 2004 until the study’s conclusion in June of 2012.

Researchers analyzed the data and took into account risk factors for heart disease, such as diet, blood pressure, the presence of diabetes and the use of medications. The study found that women who took antibiotics for two or more months in late adulthood had a 27 percent higher mortality rate than women who did not take antibiotics. Taking antibiotics for two or more months in late adulthood was associated with a 58 percent higher risk of death from cardiovascular-related issues than compared to no use of antibiotics. This association was most pronounced in women who reported having also used antibiotics between the ages of 40 and 59. No associations were found between antibiotic use and an increased risk of cancer-related death.

Researchers caution that despite the strong correlation between long-term antibiotic usage and an increased risk of death, more research is needed to determine if the link is causal and what the triggers may be. According to the team, “although we observed a notable association between long-term antibiotic use and risk of death, it isn’t yet clear whether long-term antibiotic use is the specific cause of the association. For example, women who reported antibiotic use might be sicker in other unmeasured ways.” They concluded, “these results, however, contribute to a better understanding of risk factors for all-cause and cardiovascular death. We now have good evidence that people who take antibiotics for long periods during adulthood may be a high-risk group to target for risk-factor modification to prevent heart disease and death.”

Why Gut Health Is so Critical to Overall Health

There are over 100 trillion bacteria in the human body, and most of them reside in your gastrointestinal tract. These beneficial bacteria play an important role in our well-being by aiding digestion, vitamin and mineral absorption, hormone regulation and immune response. 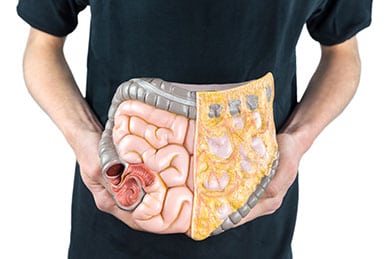 Along with these microbes, the human gut is home to millions of neurons that are embedded along the walls of the gastrointestinal tract, which communicate directly with our brain to control well-being. This “second brain,” the enteric nervous system, fires off of the same neurotransmitters, such as serotonin and dopamine, as our brain and is responsible for the majority of our immune function and mood balance.

How the Gut Microbiome Can Negatively Affect Your Health

The complex communication link between the gut and the brain is a bidirectional feedback loop. Any microbial imbalance of the gut, a condition known as dysbiosis, will wreak havoc upon our brains and our bodies. Gut microbiome imbalance has been associated with health issues such as:

Ways You Can Improve Your Gut Microbiome

There are a number of different measures you can take to promote a healthy gut. Here are just a few: