Have you ever talked about having a “gut feeling” about something? Your gut, particularly the bacteria that live there, may be more important to your health than most people realize. A lot has been written lately about probiotics and their impact on health. A surprising range of diseases, from depression to certain types of cancer, have been linked to imbalances of gastrointestinal bacteria. According to several recent studies on how gut flora influence allergies, the bacteria in our bowels may even have a sizable effect on our immune systems.

The Importance of Healthy Gut Flora

Our gastrointestinal tracts are full of millions of bacteria. These bacteria play a huge role in digestion, breaking foods down into small enough pieces to be absorbed. They also appear to be important in maintaining a barrier between the inside of our intestines and the rest of our body, protecting against serious infections and illnesses. An imbalance of this gut bacteria can cause gastrointestinal disorders as well as contribute to a wide range of illnesses.

This may not be good news for many Westerners and people living in industrialized nations. The Western diet, which is low in roughage and foods rich in healthy bacteria, does not support a healthy microbiome. Because of this, an increasing number of people are beginning to take probiotic supplements as well as prebiotics, which are types of fiber that feed healthy gut flora. How important could your probiotic supplement be to your whole body health? According to new research, keeping your gastrointestinal (GI) tract populated with healthy bacteria may even influence your immune system and your chance of developing allergies.

Allergies are a growing problem in the United States. In fact, rates have increased by around 50 percent in less than two decades. According to studies, this may be due to low amounts of bacteria of the Clostridia species. In one particular study, mice were raised in a sterile environment and given antibiotics to ensure an absence of gut flora were exposed to allergens to assess their response. These mice had a sharp increase in allergic reactions over those with a healthy GI tract. Different kinds of bacteria were introduced to assess how these affect their immune system. Those who were exposed to Clostridia bacteria saw a decline in allergies.

Similarly, humans given fermented milk products containing a different bacterial species have been shown to have a decrease in allergic reactions. In fact, researchers have theorized that we may soon be able to treat allergies with probiotic supplements containing certain types of bacteria. There appears to be an important interaction between the human immune system and the GI flora that line our guts.

Are Probiotics Key to a Healthy Immune System? 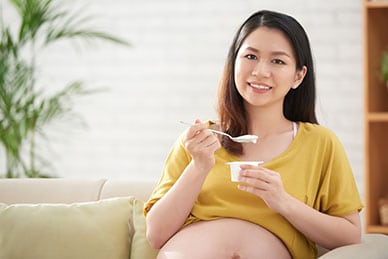 How can gut flora affect allergies and the immune system? Researchers are still looking for root causes, but a few findings have solved part of the puzzle. Gut bacteria act as the first line of defense against any dangerous things we may ingest. They maintain an environment where allergens are less likely to pass into the bloodstream. In addition, healthy bacteria crowd out unhealthy bacteria which can cause immune reactions, inflammation and even increase the chance of developing colon cancer.

Some bacteria also appear to stimulate the production of IgE, the immune molecule that underlies anaphylaxis and other potentially deadly allergic reactions. Other bacteria appear to suppress IgE production. This may be a major contributor to the rising rates of serious food allergies as well as autoimmune diseases such as Crohn’s disease.

Although the interaction between gut flora and the immune system is still being studied, gastrointestinal bacteria appear to be crucial to whole body health. How can you maintain a healthy set of gut flora? Consider the following lifestyle changes:

Although the modern Western diet does not support a healthy GI tract, simple changes such as these can help to compensate. As a side benefit, these changes can have positive benefits for health in a variety of other ways. There are currently no known side effects to taking probiotic supplements or otherwise ingesting healthy gut bacteria.

Much of human disease may not be all in our heads, but rather all in our stomachs. Keeping a healthy GI tract will protect your body and help to maintain good health in a variety of ways. Although there is still much to be studied in this area, there is a good chance that we may someday have targeted probiotic supplements to heal a variety of uncomfortable and dangerous conditions.