Since their development in the 1940s, antibiotics have been the medical go-to for eradicating and counteracting the effects of bacterial infections. In fact, at one time antibiotics were even viewed as something of a miracle drug that would possibly bring an end to all infection worldwide. Unfortunately, that hasn’t been the case; although after nearly 80 years doctors frequently prescribe antibiotics to treat a number of conditions, making them nearly as common as aspirin or ibuprofen.

Since the discovery of antibiotics, one problem that has come to attention is the effect that over-prescribing them has on the immune system. Since our immune system is reinforced through the use of antibiotics, infectious bacteria have adapted in response. Stronger strains of bacteria, referred to as “superbugs” in the media, have developed. These superbugs are seemingly immune to the effects of antibiotics. This adaptation makes it harder to treat infections, requiring stronger doses of antibiotics to reap the same benefits.

Aside from the problems caused by the over-prescription of antibiotics, recent research has uncovered other negative effects of antibiotics — namely in terms of how they affect bone health. The job of antibiotics is to kill bacteria in the cells, which they do by promoting levels of oxidative stress. Earlier this year, a research team operating out of Wyss Institute at Harvard University found that this process can also cause oxidative stress to occur within the cells. While this helps eliminate unwanted bacteria, high levels of oxidative stress also affect the mitochondria in the body. While mitochondria do resemble bacteria, our cells need these tiny organelles to function: Mitochondria are responsible for producing the energy our cells need to thrive, so, as the mitochondria are attacked, cell function is diminished.

In the study, the researchers exposed human cells to three antibiotics: kanamycin, ciprofloxacin and ampicillin. Initially, they observed no change in cell function. However, after just four days, the oxidative stress had already started to damage the DNA within the cells. Particularly disturbing was the ability of this oxidative stress to attack and destroy glutathione, an antioxidant compound known to protect vital cells related to bone health and brain cell growth.

The Negative Effects of Antibiotics on Brain Health

In another study, a German research team wanted to establish the effects of broad-spectrum antibiotics on mice. They found that as the antibiotics were administered, cell growth was inhibited in the hippocampus of the brain. Since the hippocampus controls memory and the functioning of the nervous system, this research suggests that cognitive functioning can be significantly impacted by exposure to antibiotics.

The researchers then subjected the mice to memory tests. Mice who were given antibiotics performed poorly on those tests, confirming that memory is affected by the oxidative stress that antibiotics produce. Additionally, the mice were found to have a lower monocyte count; monocytes are essential weapons that our immune system uses to fight off infection.

The news wasn’t all bad, however. Once the researchers stopped administering the antibiotics, they found that the mice returned to their healthier states. Memory improved and nervous system function returned to normal as the hippocampus began promoting healthier cell growth. While antiobiotics may be necessary to treat some conditions, this research suggests it should be used only sparingly.

Can Probiotics Help Mitigate the Effects of Antibiotics? 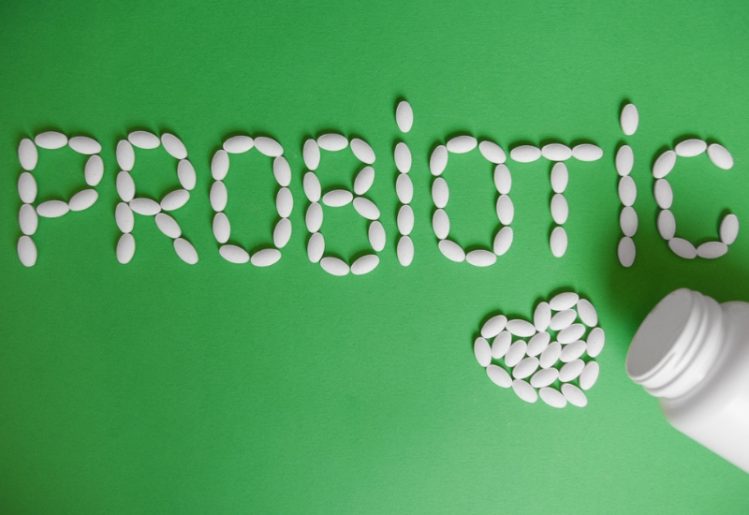 In recent years, the discovery of the health benefits of probiotics has changed how we view human health, particularly because of the way in which these compounds can improve gut health. Probiotics are the “good” bacteria that promote a healthy balance of flora in your digestive tract for optimal gut health. While antibiotics can be beneficial due to their effect on dangerous bacteria, they are at the same time detrimental to the good bacteria living in the digestive tract. Eating foods rich in probiotics or taking a high-quality probiotic supplement can help repair the deleterious effects of antibiotics.

Since probiotics affect gut health directly, ingesting probiotic-rich foods has also been found to be beneficial in reducing the symptoms of irritable bowel syndrome and inflammatory bowel disease. Probiotics may even be effective in treating H. pylori infections, which are bacteria that attack the digestive tract. Left untreated, H. pylori can cause stomach ulcers and cancer to develop. In recent years, maintaining a healthy balance of bacteria in the gut has been linked to a healthier heart, better metabolic health, increased brain health, healthy mood, healthier bones and more.

In women, probiotics can help treat and prevent bacterial vaginosis from occurring. This is a condition in which bacteria levels in the vagina become unbalanced and the necessary healthy bacteria is diminished. While we still don’t know what causes BV, both antibiotics and probiotics can help. The problem with antibiotics is that the infection will likely return in the future, which is less common with probiotic treatments. C. difficile is a bacterial infection more commonly found in hospitals and nursing homes, especially following an antibiotic treatment. The toxins produced by this infection can damage the cells in the intestines, which can result in gut inflammation. Probiotics have also proven effective in fighting off C. difficile infections.

Found in a variety of foods, such as yogurt, cheese, sauerkraut and Kimchi, probiotics have been found to treat many health conditions and are suspected in aiding in the treatment of many more illnesses. Because it is often difficult to consume enough probiotics via diet alone, many people opt for a probiotic supplement that combines a variety of probiotic strains — and sometimes even prebiotics — in a single pill or capsule. As we begin to understand more about how antibiotics negatively impact our health, using probiotics to protect the healthy bacteria in the gut may help to mitigate their negative effects.