We already know that blueberries are packed with vitamins and nutrients that provide a vast array of health benefits. According to a new study, certain compounds found in blueberries protect heart health and and may even help prolong life. 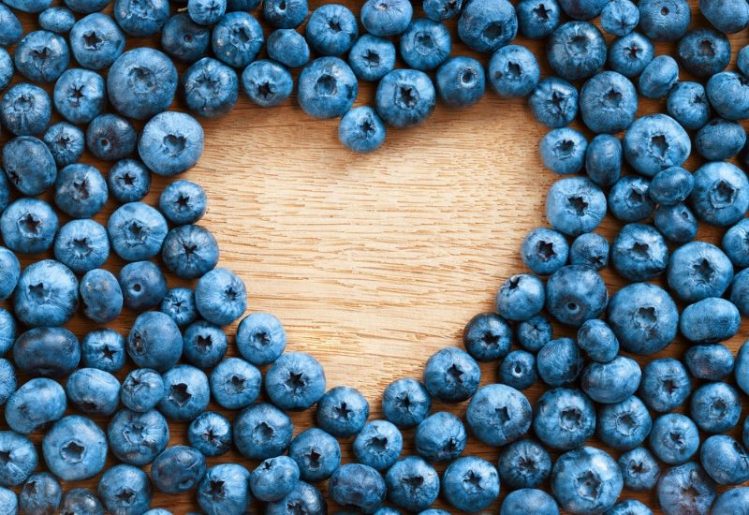 A joint project, which brought together researchers from the U.K.’s University of East Anglia and Harvard University, looked at how eating blueberries affected the development of heart disease and type 2 diabetes. The research was intended to identify how blueberry consumption affected metabolic syndrome. Metabolic syndrome is a term used to describe a situation in which an individual suffers from high blood pressure, obesity and high blood sugar. Heightened triglyceride and cholesterol levels are also common in people suffering from metabolic syndrome. When these conditions are present for an extended period of time, the individual develops increased risks for cardiovascular disease and type 2 diabetes.

In the past, it was discovered that people who frequently eat blueberries exhibited a lower risk for developing type 2 diabetes and cardiovascular disease. Professor Aedin Cassidy, who led the most recent study, suspected that this was due to the presence of a compound called anthocyanin in blueberries. Anthocyanins are flavonoids that are water-soluble and can affect the pigmentation of the plants in which they are found. Anthocyanins have also been found to reduce the risks of premature death from all causes.

The latest study was conducted to find out if people who were already at risk for developing heart disease and type 2 diabetes could benefit from regular blueberry consumption. The researchers recruited 115 volunteers. All of the study participants were between the ages of 50 and 75, were determined to be obese and had been diagnosed with metabolic syndrome.

Prior to starting the study, each participant was tested for vascular function, insulin resistance and lipid status. The participants were tested at the end of the six months, as well. Those participants consuming one cup of blueberries per day were found to have improved vascular function. Additionally, arterial stiffness was improved. Overall, it was determined that this group experienced a twelve- to fifteen-percent drop in the risk of developing cardiovascular disease.

Since the group consuming half a cup of blueberries per day exhibited no changes in cardiovascular health, it was concluded that the higher level of consumption was needed. The lead researchers on the project concluded that those struggling with obesity needed a higher quantity of blueberries to provide the health benefits. Blueberry consumption did not affect other aspects of vascular function, including blood pressure levels or insulin resistance.

What Role Do Anthocyanins Play?

The researchers believe blueberries are particularly beneficial to heart health due to the high amount of anthocyanins in the fruit. When we consume blueberries, the body transforms the anthocyanins into a host of chemical compounds, which are beneficial to the bacteria in the gut microbiome. Once delivered to this part of the large intestine, scientists believe the compounds help promote healthier metabolism. In laboratory experiments, it was found that one compound produced through this process, syringic acid, benefited the body’s vascular endothelial cells. 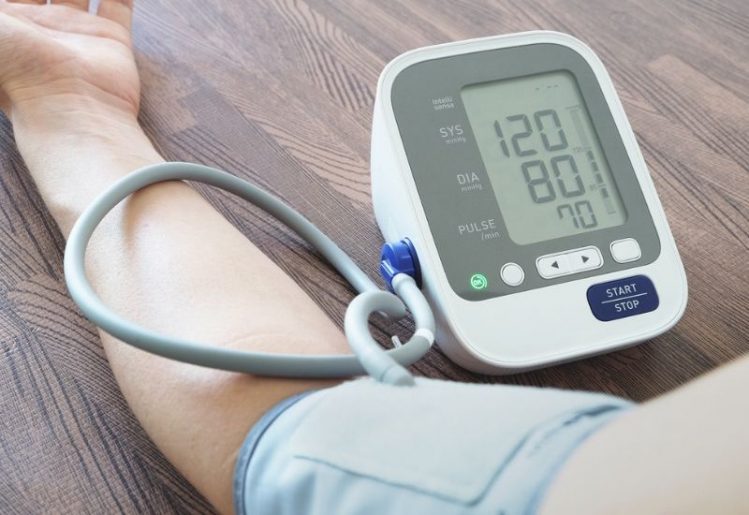 In a separate experiment, rats were given proportionate doses of anthocyanin. One of the compounds produced was vanillic acid, which was found to lower blood pressure. This may indicate that blueberries can be effective in helping patients treat hypertension, though more research is needed.

While blueberries do possess high levels of anthocyanin, they’re not the only foods that contain these highly beneficial substances. Other foods containing anthocyanin include:

The research into the health benefits of blueberries is especially promising, because the current methods for treating metabolic syndrome are complicated. Primarily, treatment requires making lifestyle changes so the individual can prevent the condition from worsening. This means adopting a largely plant-based diet with an emphasis on monounsaturated fat, while also adding more physical activity on a daily basis.

Treatment becomes more complicated in terms of addressing the individual conditions that define metabolic syndrome. For instance, an individual may need to be treated separately for their hypertension, glucose levels and cholesterol levels. This may require administering several medications and monitoring the effects to determine whether or not the condition of the individual is improving.

If further research shows that anthocyanins are as beneficial as researchers believe, some of these medications may be eliminated. Eating a cup or more of blueberries, or taking a supplement that provides anthocyanidins, may provide a natural option for metabolic syndrome while reducing the risks of developing many other medical conditions. Even though we still don’t know the full benefits that eating blueberries provides, it already seems as though this fruit should be an essential part of any healthy diet.