The rates of autism have been increasing in the United States and other countries, from around 1 in 2000 in the seventies to approximately 1 in 150 now. Part of this increase is due to changing criteria for the diagnosis as well as increased awareness. However, there also appear to be other, currently unknown, reasons for the increased prevalence. Could health factors such as nutrition during pregnancy be a contributing factor? According to a new study, taking supplements during pregnancy may reduce autism risk, suggesting that nutrition indeed plays an important role.

Autism is a complicated disorder, which is why criteria have changed several times over the past decades. In general, it is a developmental disorder that affects a person’s ability to communicate with and relate to others. It also appears to have an impact on the way that people with the disorder perceive the world. Many people with autism also have issues with processing different sensations such as loud noises or certain textures. This can affect almost every aspect of a person’s life.

Although many people with autism lead happy and fulfilling lives, the disorder can be a challenge. In addition, the rising rates are concerning from an epidemiological standpoint. As a result, there are currently many studies examining what exactly causes autism and why rates have increased, and a new study points to prenatal nutrition as an important contributing factor. Could a simple decision like taking vitamins and supplements reduce the growing rates of this disease?

Although the symptoms of autism often present later in infancy and toddlerhood, it appears to begin early in pregnancy. Studies have found that there are structural brain differences in people with autism when compared to the general population. Autism has also been linked to ingesting certain toxic substances during pregnancy. In addition, there appear to be several genetic factors. Some families have more autistic children than what statistics would predict, and parents with autism are more likely to have children with the disorder. In addition, autism often occurs alongside genetic disorders such as phenylketonuria.

Researchers believe that most people with autism have a genetic susceptibility that then can become the disorder when there are other factors in pregnancy and delivery. These factors may include infections, metabolic imbalances, chemical exposure, and even poor nutrition. Taking better care of women who are expecting a child may significantly improve their child’s risk of leading a healthy life.

How Taking Supplements During Pregnancy May Reduce Autism Risk 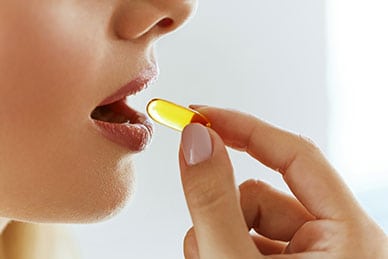 According to a new study in Sweden, women who take vitamins and supplements during pregnancy have a significantly lower rate of having a child that develops autism with intellectual disability. At the same time, a study in Israel has found a significant reduction in autism when pregnant mothers take vitamins that include folic acid. Iron and folic acid appear to be especially important in reducing risk. This is important because prior studies on vitamins and autism risk have been inconclusive and yielded conflicting evidence. Low levels of vitamin D have been linked to autism risk, but these are the first studies to find a firm connection between prenatal vitamin supplementation and autism risk.

How can nutrition affect autism rates? Folic acid has been found to be important in preventing neural tube defects and other issues impacting the structure of the brain. It is possible that certain vitamins similarly can prevent the structural brain differences that appear to lead to autism in children who have a genetic susceptibility to the disease. Although we cannot prevent all cases of autism with prenatal vitamins, we may be able to significantly reduce the prevalence and also the severity of the disease in people who have it.

Leading a healthy lifestyle during pregnancy is essential to the future development of a child. Although taking supplements is important in maintaining good health, there are other things women can do to increase their chances of having a healthy baby:

Although there is no way to guarantee perfect health, there are many things that pregnant women can do to improve their child’s chances at a healthy, happy life. Taking prenatal vitamins has long been known to have a positive impact on a developing fetus’s brain and neurological system. New research is showing that it may have even more health benefits than we previously realized.