Autism spectrum disorder (ASD) is a developmental disability that affects one’s ability to communicate effectively and/or interact with others. Symptoms of ASD typically appear in childhood and may vary in severity from person to person, thus it is often considered a “spectrum” disorder. A new study has uncovered a link between gut bacteria and autism, suggesting that taking a probiotic supplement could possibly help autistic children.

A Deeper Look at Autism 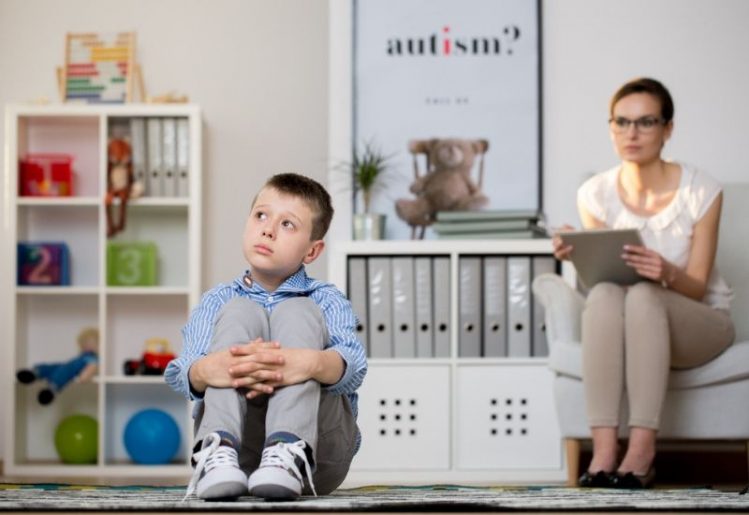 Autism affects one out of every 59 children born in the United States, and is more common in boys than in girls. A look at past statistics shows that incidences of autism have nearly doubled over the past 14 years. If your child has autism, you already know that the condition affects their ability to interact with others. It can be hard to identify in some children, because it can affect each person differently. Autism may not be curable as of yet, but it can be treated. To obtain the best results from treatment, it’s important to begin as soon as possible. This means being able to recognize the signs and symptoms of autism, such as:

In addition to these symptoms, you may also notice that your child is unable to engage in make-believe play, or that they seem uninterested in developing friendships. If these symptoms sound familiar, you may want to seek a doctor’s evaluation of your child’s condition. Starting treatment sooner will help them cope better as they grow into adolescence and adulthood.

Your body is host to trillions of microorganisms, which are more commonly called microbes. These are bacteria, fungi and viruses that live in and on your body all of the time. A large number of these microbes make a home in your large intestine, forming a community that scientists call the gut microbiome. This community of microbes is vast and diverse, consisting of more than one thousand different types of bacteria. While certain bacteria is good for you and some is harmful, they all work together when your gut microbiome is in balance.

The gut microbiome has been found to play a role in various aspects of our health, which is why it’s now considered to be a body organ of its own. It’s unclear exactly when we’re first exposed to the microbes that form a healthy gut microbiome. Some say we’re not exposed until we pass through our mother’s birth canal, while other research suggests the fetus is exposed to microbes in the womb. In either case, your gut microbiome becomes more diverse as you grow and eat a broader range of foods. The gut microbiome can affect health in a variety of important ways.

The gut microbiome functions best when there’s a proper balance of healthy and unhealthy bacteria in the system. An imbalance with a higher number of unhealthy bacteria results in a condition known as gut dysbiosis, which promotes weight gain.

Overall gut health can also be affected by gut dysbiosis. Those with an imbalance of gut bacteria are more likely to experience bloating, cramps and abdominal pain. People with inflammatory bowel disease or irritable bowel syndrome may have developed gut dysbiosis first.

A higher concentration of unhealthy bacteria have been found to result in the production of trimethylamine N-oxide (TMAO). In studies, this compound was found to increase the risks of heart attacks or stroke by causing blockages in the arteries. A probiotic supplement that contains Lactobacilli may counteract the effects of TMAO.

Exploring the Link Between Gut Bacteria and Autism

New research has found a link between gut bacteria and autism. The findings were the result of a research project intending to see if the common gastrointestinal problems experienced by most autistic children could be treated. Researchers at Arizona State University hoped to alleviate gastrointestinal problems experienced by children with autism through microbiota transfer therapy (MTT). They outlined a secondary goal, which was to show that the therapy would also affect other markers for autism.

MTT involves administering the frozen fecal matter from healthy adults to those receiving the treatment. Once delivered rectally or orally, the healthy bacteria from the sample should interact with the gut microbiome. As a result, a healthier balance of microbes can be restored in the recipient. In 2017, James Adams and Rosa Krajmalnik-Brown published results from their own study, which found that the restorative effects of MTT did help alleviate the symptoms of autism, including gastrointestinal issues. The new study examined the gut health of the same 18 children used in the initial study.

All in all, researchers noted a 58 percent decrease in the gastrointestinal problems experienced by the autistic children. Their behavioral symptoms were also affected. Language skills, social interaction and behavior were improved by up to 45 percent when compared to the children’s symptoms at the start of the study.

Even though the research is inspiring, it is only one step in the right direction. Before we can started treating autism by altering the levels of various compounds in the body, more research must be conducted. The study does add support to other findings that supporting a healthy and diverse gut microbiome is essential in reducing the symptoms of autism in children.