Have you ever snuck a nap in the middle of the day? Modern schedules tend to favor people who are up at dawn and steadily working until sundown. Benjamin Franklin and other fathers of our nation praised those who worked tirelessly, eschewing sleep until nightfall. Our society is set up to support this behavior; jobs begin early and lunch breaks are nonexistent or too short for more than a quick bite to eat. People who sleep a bit in the early afternoon are even considered lazy by many. However, the disdain for the afternoon siesta may be counterproductive. There are several benefits of napping that we are missing out on by pushing through the day rather than pausing to get the rest we need.

The National Deficit of Sleep

Americans are not skipping their daily siesta because they get enough sleep at night. Quite the contrary; sleeplessness is reaching epidemic levels. Researchers estimate that 40 percent of adults and 70 percent of teens are sleep-deprived. The amount of sleep that we get has dropped by 20 percent in the past century. People are getting less sleep than ever in human history, which may be tied to rising rates of metabolic disease.

What can Americans do to improve our sleep, and thus national public health? Experts suggest that a good old-fashioned nap may be the answer. Not only can a nap add to your total sleep time, but it can help you be even more productive and creative once you wake.

The Proven Benefits of Napping 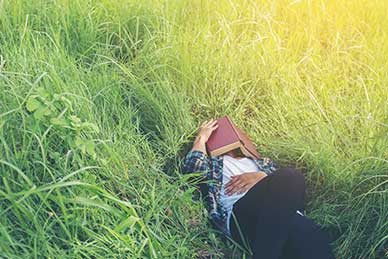 According to research conducted over the past decade, there are several important benefits of napping. People who nap have sharper minds and are able to solve complex cognitive tasks more quickly and correctly. Napping also reduces frustration levels and encourages good mental health. While many think of a nap as wasted time, it may actually make you more productive. After a nap, you think more creatively and work more quickly, making up for any time lost in sleep—and then some.

Can’t we just opt for an earlier bedtime? Is napping better than sleeping longer at night? The jury on this subject is still out, but evidence suggests that we are biologically primed for a short siesta. Hormones associated with alertness dip in the early afternoon, leaving many people feeling tired and duller mentally. If you are sleep-deprived, this afternoon dip in brain function has an even greater effect. This mid-day sleepiness can affect productivity immensely if people do not get the rest that they need to move on with the rest of their day.

If you are interested in making a quick nap part of your lifestyle, experts have a few suggestions for getting the most out of your sleep. First, nap at the same time every day, preferably the time when you are most prone to feeling sleepy. Be sure to limit this time so you do not get too deep into your sleep cycles to wake up quickly; experts recommend 20 to 60 minutes as the ideal nap length. Second, find a comfortable and quiet place so you can nod off quickly and get the most out of your sleep. If you plan to take only a 20-minute nap, drink a cup of coffee first. Although this may sound counterproductive, caffeine takes around this length of time to take effect so it will be kicking in right as you are waking up.

The benefits of napping are clear, so why don’t Westerners make it a national habit? If you’re suffering from an afternoon slump, taking a quick nap may be just what the scientists ordered. Even a short 20 minutes of sleep could leave you renewed, refreshed and ready to take on the rest of your day.