Diabetes currently affects about 29 million Americans and nearly 86 million adults, i.e. one in three Americans are prediabetic. Diabetes is on the rise across the world due to rising rates of obesity and sugar consumption, with an estimated 592 million cases in the world by 2035. Preventing diabetes is a top concern for medical professionals and researchers. According to a new study, the benefits of catechins, which are antioxidants found in tea and chocolate, may offer a solution. Researchers found that catechins help prevent diabetes by improving the function of beta cells that produce, store and release insulin to control sugar levels.

Catechins are a special class of flavonoids, or plant-based chemicals with strong antioxidant benefits. Catechins are responsible for giving fruits their flavor and color and they appear to guard against cardiovascular disease, cancer and other chronic diseases.

There is compelling scientific research that catechins help prevent heart disease. According to one study published in the Archives of Internal Medicine, people who regularly drink green or oolong tea have a 46-65 percent lower risk of hypertension than people who do not drink tea. Research suggests that people who drink at least two cups a day of tea have a lower risk of stroke and heart disease as well as lower LDL and total cholesterol. There is also evidence that regular tea drinkers recover faster from heart attacks. The antioxidant effect of catechins helps block oxidation of LDL cholesterol, improve HDL (good) cholesterol, and improve the function of arteries.

The hormone insulin, which is made, stored and released by beta cells in the pancreas, is at the root of this chronic condition. Insulin controls and regulates levels of blood sugar to ensure levels do not get high enough to damage organs or low enough to impact bodily functions. Type 2 diabetes reduces sensitivity to insulin, which means the body needs more insulin to achieve the same effect. Research has also shown that diabetes reduces the ability of beta cells to produce and release insulin, possibly due to higher rates of beta cell death.

A study recently published in the Journal of Nutritional Biochemistry investigated whether active chemicals in cocoa could help prevent diabetes.

A team of researchers from Virginia Tech and Brigham Young University has been searching for ways to improve beta cell performance and prevent the onset of diabetes. The team decided to investigate flavonoids in cocoa due to prior research that showed beta cells are very sensitive to oxidative stress.

The team found that rats on a high-fat diet that included cocoa had lower rates of obesity and a greater ability to handle higher levels of glucose. The scientists also found an increase in the expression of genes that promote a response to oxidative stress and mitochondrial function. Mitochondria are the powerhouses of cells like beta cells.

The authors of the study pointed out that consuming high-sugar chocolate will not guard against diabetes and it would be necessary to consume a great deal of cocoa to see any protective benefit. Instead, it’s the active compounds in cocoa that may offer protection against diabetes when consumed in greater concentrations.

How to Increase Your Intake of Catechins 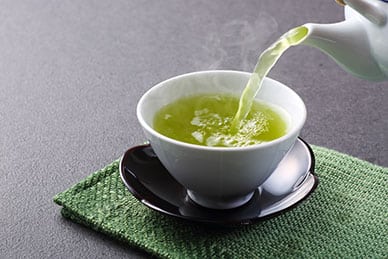 Some of the best food sources of catechins include:

If you find it difficult to eat a diet rich in catechin-containing foods, you can complement your diet with high-quality supplements that contain these powerful compounds.