Lutein, a carotenoid found in fruits and vegetables, has long been associated with eye health. A new study conducted at the University of Illinois at Urbana-Champaign has found that this nutrient may also help slow cognitive decline. This pigment or carotenoid may play an important role in the development and maintenance of brain function while improving memory and learning. The link between lutein and cognitive aging may be important in future dementia research and offer adults another way to stay sharp mentally. 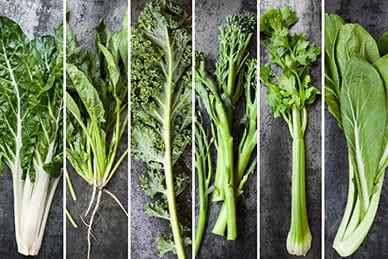 Lutein is one of 600 carotenoids that’s often called the “eye vitamin” for its use in the prevention of eye diseases. This antioxidant is responsible for giving vegetables and fruits their yellow color. Lutein can only be obtained through diet and supplements; it isn’t produced by the human body.

Lutein is most known for its benefits for eye health, especially when it comes to age-related macular degeneration and cataracts. The eye contains lutein and zeaxanthin in levels much higher than other tissue in the human body. Both the retina and lens of the eye are exposed to oxygen and light constantly, and these carotenoids work to reduce damage from oxygen and light.

The natural lens of the eye collects and focuses light on the retina which requires a clear lens. The most common cause of cataracts is oxidation, which results in clouding. Lutein and other antioxidants work to neutralize free radicals associated with oxidation and retinal damage. Higher intake of zeaxanthin and lutein has been associated with a much lower risk of developing cataracts.

A new study conducted by University of Illinois researchers examined the levels of lutein in 60 adults between 25 and 45 years old. According to researchers, the middle-aged study participants with higher lutein levels had neural responses similar to those of younger participants than with peers.

This study, published in Frontiers in Aging Neuroscience, is different than most studies that focus on older adults who have already started to experience cognitive decline. The researchers chose to focus on young and middle-aged participants to see if there was a difference based on lutein levels. The study also found that age-related cognitive decline begins earlier than many suspected with signs beginning in the 30s.

To study lutein levels, the researchers measured lutein in the eyes of the participants by having them look into a scope and responding to a flickering light. Electrodes were used on the scalp to measure neural activity while participants completed a task requiring attention.

The next step for the team is to conduct intervention trials to investigate how increasing consumption of lutein increases lutein levels in the eyes and whether it improves cognitive function.

Other Cognitive Benefits of Lutein

This is not the first study involving lutein and cognitive aging. Another study, published in the Journals of Gerontology, found that higher lutein intake is associated with a lower risk of dementia. This study, published in 2016, examined the relationship between plasma carotenoids like lutein and Alzheimer’s disease and dementia. The study began with 1,092 older participants with no signs of dementia. During the 10-year follow-up, 199 cases of Alzheimer’s and dementia were diagnosed. After adjusting for socioeconomic status, diet quality, and other variables, only higher lutein levels were significantly associated with a lower risk of Alzheimer’s and dementia.

Research has also suggested that as babies receive more lutein from formula or breast milk, they have higher levels of lutein found in their brains. This may speed up cognitive milestones. Children in school may have higher test scores with a diet higher in lutein. The benefits can also continue throughout life as college students with higher levels of lutein seem to have better memory and mental sharpness.

Getting Enough Lutein Through Diet and Supplementation

According to experts, most Western diets are low in lutein. Lutein, as well as the related carotenoid zeaxanthin, are found in leafy green vegetables like spinach and some other foods like eggs. Good sources of lutein and zeaxanthin include:

Lutein is also available alone in soft-gel capsule form or as a part of some natural supplement formulas. When taken as a supplement, lutein should be taken at mealtime as it’s absorbed best when ingested with some fat. A dose of 6 mg to 30 mg per day is recommended.