New studies linking lutein and brain health suggest that getting enough of certain plant compounds like lutein is essential to intelligence and cognitive function.

Modern research is beginning to shed light on the importance of getting good nutrition as a means of staying healthy and preventing disease. Medications and surgeries are certainly important treatments, but many people would prefer to stay healthy in the first place by making simple lifestyle changes. While most people know about the importance of vitamins C and E, it appears that carotenoids — in particular the plant compound lutein — may also play a critical role. If you want your brain to function at its best, it is important to get enough of this little-known nutrient.

Lutein and its related compound zeaxanthin are found in many plant foods. It is related to vitamin A and, like this vitamin, appears to play an important role in eye health and sight. In particular, it acts as a pigment that filters light entering the eye and thus prevents damage. As though this was not an important enough role, new research indicates that lutein may also have a huge impact on brain health as well.

People with Alzheimer’s disease and other forms of dementia have less lutein in their eyes than those without neurodegenerative disease. When their diets were supplemented with lutein in a recent study, elderly people with dementia developed more lutein in their eyes, better vision and also higher cognitive function. Over time, lutein may even affect the architecture of your brain, helping it to remodel and respond to potential outside threats.

This is not the first study to find a link between this eye pigment and cognitive function; other studies have found that lutein makes up a large portion of the carotenoids in children’s brain tissue. Lutein appears to accumulate in human brains and the amount of the accumulation is linked to intelligence. These changes are not just self-reported; they can also be seen in MRIs. People who took lutein had smaller interventricular space and more robust brain tissue than those who went without.

Lutein appears to be especially important in building, maintaining, and preserving a type of cognitive function called “crystallized intelligence.” Crystallized intelligence is basically the vault of skills and daily knowledge that you have built over a lifetime. This type of intelligence is especially affected in people with dementia, who often forget mundane daily things such as their dog’s name and how to make a bed properly. Over time, most people with dementia forget how to perform even the simplest tasks and progress to needing full-time caregivers.

Unlike many vitamins, lutein accumulates mainly in the gray matter of our brains. It is present in the cell membranes of your neural cells, scattered throughout the brain tissue that is responsible for conscious thought and decision-making. High levels of lutein in the brain appear to have a neuroprotective effect, keeping people from developing many serious disorders such as dementia. It appears to act as a scaffolding, allowing cells to be more resilient and functional as we go about our daily lives. Older adults who eat diets rich in this nutrient are less likely to develop dementia and also likely to maintain high function over their lifetimes.

Are You Getting Enough Lutein? 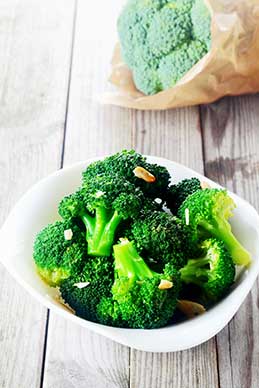 If you are concerned about lutein and brain health, there are a few ways to ensure that you get enough of this vital nutrient. First, eat several servings a day of foods rich in lutein, which include:

Be sure to eat these items with fatty foods, as lutein is best absorbed in the presence of higher fat items. In addition, be sure to get enough of these lutein-rich foods on a daily basis because this nutrient takes a while to build up to noticeable levels in the brain. Finally, consider taking a supplement. While many multivitamins on the market contain only a small amount of lutein, it is not usually enough to support optimal brain and eye function. You will likely need to find either a special multivitamin or a way to take a pill under your tongue or via shot for the rest of your life.

Although more research is needed, lutein appears to be one of the most promising natural ways to keep your brain functioning as well as possible over the course of your lifetime. Links between lutein and brain health suggest that this nutrient may be one of the most important factors in maintaining healthy sight and cognitive function over the last decades of your life.