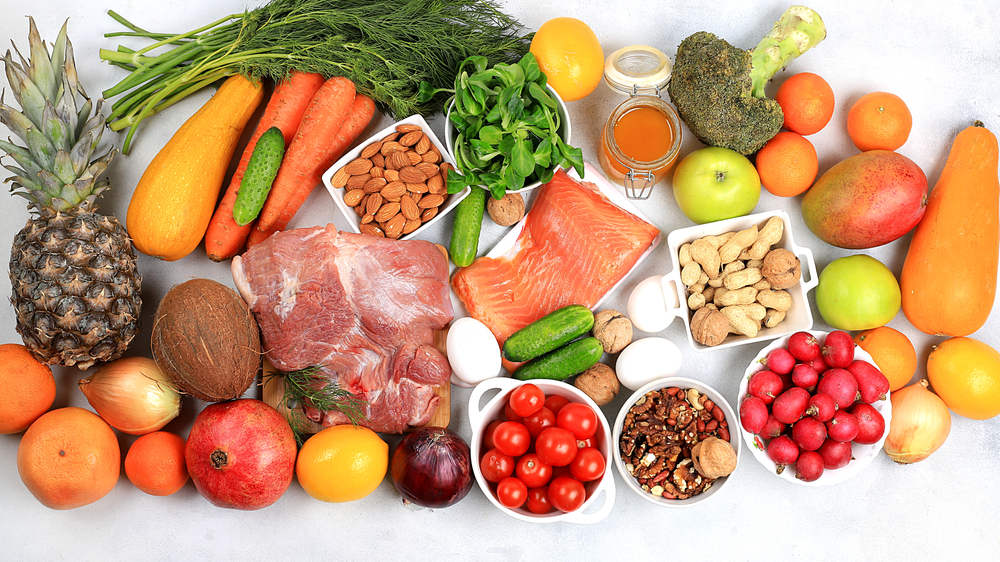 The ketogenic diet has become very popular in recent years. In addition to weight loss, this diet is also said to have positive effect on certain diseases and fertility. Researchers assume that this type of diet even has the potential to slow down the aging process. People who follow this diet leave carbohydrates to a great extent.

The Principle of the Ketogenic Diet

The ketogenic nutrition, or ketogenic diet, is characterized by the fact that you only consume a few carbohydrates, but plenty of fat and a moderate amount of protein. The body uses its stores of glycogen for energy. To do this, it stores carbohydrates from foods such as bread, sugar and pasta. When we deprive our body of carbohydrates, it has to resort to other energy resources such as fats. However, these can only be used after fat is broken down in the liver and converted into ketones. This leads to what is known as ketosis, a metabolic state in which the body gets most of its fuel from fat. The result: the insulin level drops rapidly, fat burning is boosted and the pounds tumble. In addition, energy levels are increased and concentration will be improved.

Only 5 Percent Carbohydrates, But Plenty of Fat

People on the keto diet must consume no more than 20 grams of carbohydrates per day. The foods that should be consumed should be 75 percent fat, 20 percent protein and only 5 percent carbohydrates. Mainly nuts and seeds, meat, full-fat dairy products, lettuce and vegetables, coconut oil, avocados and berries are allowed. On the other hand, sugar, potatoes and cereals should be avoided. This diet has a number of health benefits. 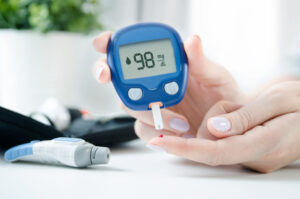 A slim figure is one thing, but a ketogenic diet can do even more. This form of nutrition proves to be helpful for certain diseases. For example, epileptics report fewer seizures, and diabetics improve their illness by naturally lowering blood sugar levels. Blood pressure and cholesterol levels can also reach normal levels. For those with fertility problems, a low carb diet can normalize the levels of important reproductive hormones and improve the chances of conception. Effects could even be seen in certain types of cancer.

For example, researchers at the University of Florida, studying mice suffering from malignant brain tumors, found that a diet low in carbohydrates and high in fat slowed tumor growth and increased survival rate by 50 percent. According to the scientists, this is possible because carbohydrates are converted to sugar in the body, which in turn causes tumors to grow. Keto diet means, that sugar is drastically reduced.

Studies suggest that a number of oxidative stress-induced diseases such as Alzheimer’s, dementia and Parkinson’s can be reversed by ketosis. The result: Memory remains intact into old age, which significantly improves the quality of life. By lowering blood sugar levels, it stops the production of certain substances that damage cells and cause aging.

Slows Down the Aging Process

According to research, a ketogenic diet can also slow down the aging process. This is influenced by numerous factors, such as free radicals, which affect cells. A ketogenic diet stimulates the production of antioxidants, which counteracts oxidative stress. 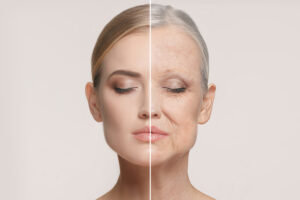 Studies also show that this type of diet reduces triglyceride levels in the blood. Elevated triglyceride levels increase the risk of inflammation and heart disease. If the body is fed little or no carbohydrates, a substance called beta-hydroxybutyrate is released. This serves as protection against enzymes that trigger internal stress and genetic damage. The result: the cells begin to age.

A Beautiful Skin with Keto

Aging skin is characterized by reduced resistance to mechanical stress, impaired healing ability and blood vessel abnormalities. Usually, skin aging is caused by damage caused by UV rays or due to certain skin diseases that accompany the aging process.

A more recent explanation is glycation. It is one of the most common causes of wrinkles and skin aging. This means the saccharification of tissue fibers. Glycation refers to a process by which proteins, lipids, or nucleic acids become attached to sugar molecules such as glucose or fructose (sugar found in fruits). If blood sugar levels are frequently elevated, proteins can combine with sugar molecules and stick together. The result is the formation of AGES (Advanced Glycation Endproducts), against which the organism forms antibodies. This leads to inflammatory reactions that harden collagen fibers. As a result the skin will be less elastic, and the formation of wrinkles is encouraged.

However, collagen is an essential component of the skin that is involved in crucial cellular and mechanical processes. Glycation makes collagen resistant to normal recycling proteins, which are useful in removing bad collagen and replacing it with new one. By cutting out carbohydrates and instead relying on the consumption of foods containing omega-3 and other healthy fats, collagen production in the skin is stimulated and the aging process can be slowed down.