While vegetable compounds like diallyl sulfide make onions and garlic more flavorful and contribute to their spiciness, they may also play a more important role when it comes to human health. While previous research has looked at how these compounds affect the development of various medical conditions, a recent study focused specifically on their effects on breast cancer risk. This new research linking diallyl sulfide and cancer suggests eating more onions and garlic may provide greater protection from developing certain types of cancer. 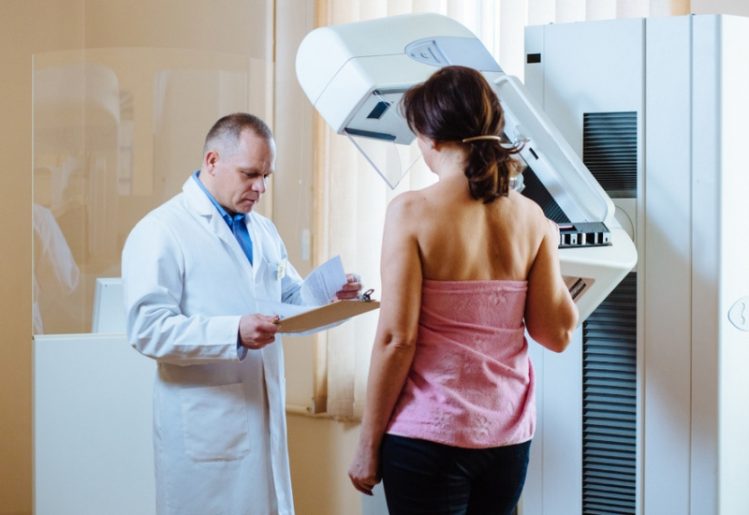 A new study sought to examine how eating vegetables that belong to the allium genus (garlic, onions, chives, leeks and the like) affected the development of breast cancer in women living in Puerto Rico.  The study, which was conducted at The University of Buffalo in upstate New York, focused on women of that particular area because Puerto Rico has a significantly lower rate of breast cancer than the continental United States. Additionally, “sofrito,” which includes garlic and onion as primary ingredients, is a popular condiment all across Puerto Rico.

The study examined the medical histories for 314 women who were between the ages of 30 and 79, and who were diagnosed with breast cancer between 2008 and 2014. A control group consisted of 346 women within the same age range and geographical area, but who had not been diagnosed with cancer. A survey administered to the women in both groups asked about their dietary habits, focusing on their consumption of garlic and onion. In particular, the questionnaire asked participants to record their consumption of sofrito.
Using unconditional logistic regression, the researchers examined how the consumption of onions and garlic affected the rate of breast cancer. The study involved comparing breast cancer risk among women with a high consumption of these types of vegetables versus women who consumed lower amounts of garlic and onions. Surprisingly, they found that there was a correlation between eating vegetables in the allium genus and lower rates of breast cancer. They determined that consuming high amounts of sofrito resulted in as much as a 67 percent drop in the risk of developing breast cancer.

As an observational study, this research can’t pinpoint exactly why or how onions and garlic lower the risks of breast cancer. Until more direct research can be conducted, scientists have theorized that there is likely a link between the highly antioxidant vegetable compound diallyl sulfide and cancer. Together with other compounds, such as the S-allylcysteine anddiallyl disulfide found in garlic and the alk(en)yl cysteine sulphoxides found in onions, diallyl sulfide may help protect cellular health when consumed regularly in one’s diet.

Diallyl Sulfide May Benefit Health in Other Ways

In previous research, scientists found that diallyl sulfide may affect the risk of developing other types of cancer. In an experiment conducted with mice, it was found that the risk of developing colorectal cancer was reduced by 74 percent overall when a 1,2-dimethylhydrazine injection was administered once weekly over a 20-week period. The 1,2-dimethylhydrazine injection contained the same compounds in comparable amounts as those consumed by eating fresh onions and garlic.

Other previous research found that diallyl trisulfide may protect against the development of prostate cancer in men. A newer study examined how the compound appeared to cause prostate cancer cell death, with researchers taking an interest in exactly how this process was instigated. Specifically, they looked at inhibitor proteins to determine how they were related to cell death in mice with prostate cancer. They found that as the inhibitor protein levels decreased, cancer cell death increased. Ultimately, it was determined that the compounds found naturally in onions and garlic may affect cellular health by blocking the inhibitor proteins that allow cancer cells to thrive. In this way, prostate cancer cells can’t get the nourishment they need to grow, so, as people consume more onions and garlic, they could be building up a stronger defense against the development of prostate cancer.
In other studies, diallyl sulfide was found to provide a broad range of health benefits. While its promotion of cellular health alone may be enough to encourage more regular onion and garlic consumption, it has been found that the compound also provides other important benefits. Studies have found that it helps cut down on oxidative stress while also modulating internal inflammation. In addition to supporting cardiovascular health, diallyl sulfide also has antimicrobial properties. This suggests that regular consumption of onions and garlic may also help fortify the immune system.
While we don’t fully understand all of the benefits that onions and garlic provide, early research has shown us that these vegetables can be very beneficial to overall health. Regular consumption of certain onions and garlic compounds, whether via diet or supplementation, may help protect cellular health. It may also help us boost heart health and keep the immune system strong. As scientists continue to look deeper into how this compound benefits the human body, we will likely find that its consumption provides even more health advantages. In the meantime, adding diallyl sulfide-rich foods and supplements to your daily routine may help you stay healthier longer.