With old research under fire and new research turning up previously unknown vitamin D benefits, the “sunshine vitamin,” has been an increasingly hot topic among the research community. As the summer draws to a close and the days begin to once again shorten, it’s a good time to take a look back at some of this year’s vitamin D research highlights and evaluate if you should be adding more vitamin D to your diet.

Vitamin D: What is It and What Does It Do?

Vitamin D is both a hormone that our bodies naturally synthesize as well as an essential nutrient that can be found in foods such as beef liver, eggs, mushrooms and certain fatty fish. It is nicknamed the “sunshine vitamin” because our bodies are able to produce vitamin D through cholesterol when exposed to sunlight. Because few food sources exist that naturally contain high amounts of vitamin D, the best dietary sources of vitamin D are dietary supplements and fortified foods such as breakfast cereals and dairy products.

A critical component in the building of bone, vitamin D helps the body to absorb and hold on to calcium and phosphorus. Vitamin D’s role in the body, however, goes far beyond our bones and calcium regulation. Many of the organs and tissues in the body have receptors specifically for vitamin D. Aside from bone health, we know that vitamin D is also important to immune function and helping to control infections. Studies have shown that vitamin D may affect the body’s inflammatory response as well. Researchers continue to study vitamin D in an effort to glean its other potential functions.

Because of vitamin D’s role in cell growth and regulation, there’s been increasing research into the link between vitamin D levels and cancer. One study conducted by scientists at UC San Diego and published in the journal PLOS ONE found that postmenopausal women with high levels of vitamin D were one-fifth less likely to develop breast cancer when compared to those who had lower levels of the vitamin.

In another study, which was published in the Journal of the National Cancer Institute, scientists found that individuals with higher concentrations of vitamin D were 22 percent less likely to develop colorectal cancer, while those deficient in the vitamin were 31 percent more at risk. While research may yield mixed results, overwhelmingly, the evidence seems to suggest that higher vitamin D levels could decrease the risk of developing certain cancers.

A study conducted by researchers at the University of Colorado Anschutz Medical Campus (CU Anschutz) and published earlier this year in the journal Diabetes found a link between appropriate levels of vitamin D in infancy and childhood and a decreased likelihood of islet autoimmunity in children who are genetically at risk for Type 1 diabetes.

In a decade-long epidemiological study, which was published in PLOS ONE, researchers from Seoul National University and the UC San Diego School of Medicine determined that deficient levels of vitamin D can increase the risk of developing Type 2 diabetes by five-fold.

According to a paper published in the journal Cell, scientists from the Salk Institute found that activating pancreatic vitamin D receptors had the potential to repair and protect beta cells, the cells in the pancreas that synthesize, store, and dispense the insulin hormone, posing a potential new method of treatment for diabetics.

Clinical studies have associated vitamin D deficiency with an increased risk of heart attack and stroke. Heart-related diseases such as atherosclerosis, diabetes and hypertension can cause significant damage to the cardiovascular system. In findings that were published in the International Journal of Nanomedicine, a team of researchers from Ohio University investigated the effects of vitamin D on heart health and found that vitamin D3 reduces oxidative stress to the cardiovascular system and “significantly” restores the cardiovascular damage caused by such diseases.

Arterial stiffness is an early indicator of cardiovascular disease. In a study conducted by researchers at Georgia’s Augusta University and published in the journal PLOS ONE, researchers found that supplementing with vitamin D improved symptoms of rigid arteries. 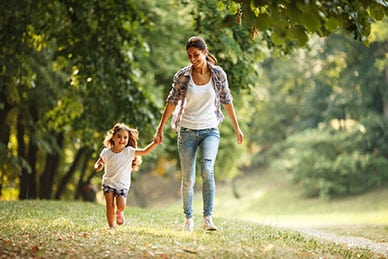 In findings that were published earlier this year in The Journal of Clinical Endocrinology & Metabolism, a team of Norwegian researchers from the University of Bergen revealed that vitamin D reduced the risk of death by 30 percent in patients who are suffering from cardiovascular disease. Supporting research from the Westmead Institute for Medical research and published in the journal Heart, Lung and Circulation found that vitamin D protects heart tissues and decreases the likelihood of heart failure after a heart attack.

Researchers from the University of Southern California reported in Pediatric Obesity that children born to vitamin D-deficient mothers were more likely to be overweight when compared to the children of mothers who had plenty of vitamin D throughout their pregnancies, suggesting that a deficiency of vitamin D during pregnancy “pre-programs” children for obesity.

How Much Vitamin D Do You Need?

However, many experts agree that a higher intake should be observed. A report issued in The Journal Of Clinical Endocrinology & Metabolism by the Endocrine Society suggests a significantly higher intake is needed to raise the amount of vitamin D in the blood to therapeutic levels.