A precise balance of salts in the body is important for a variety of biological functions, from nerve activity to fluid balance. With this in mind, it should come as no surprise that salts are also involved in maintaining a healthy sleep-wake cycle. However, new science reveals that salts appear to play a much bigger role than expected, acting as part of the regulation system of our circadian rhythm.

When ingested and absorbed into our body fluids, salts such as sodium and potassium become ions. These ions, also called electrolytes, are key parts of many biochemical reactions. They are also conductors of the electrical currents needed for muscle activity, neuron signaling and more. Salt balance is important to health. The role of salt in brain signaling is one reason the body works hard to keep sodium and potassium levels within a very narrow range.

When our neurons receive an impulse, sodium channels along the axon, which looks like a long open tail. Salt flows into the cell quickly, causing the electrical balance to change. This creates a current that is passed down the axon, opening sodium channels along the way. This current is passed to another cell, which repeats the process until the message has reached its target location. The majority of signals in the brain are transmitted using this process. Many disorders that affect both sleep and cognitive function, such as schizophrenia, have been associated with aberrant or faulty signaling of sodium channels.

Salts and Your Sleep-Wake Cycle

Because the brain is dependent on sodium and potassium balance to send and receive information, electrolyte imbalances can have a variety of effects, including disruption of the sleep-wake cycle. When people have even mild imbalances of salts, they will suffer from changes in their sleep patterns, fatigue, fuzzy thinking and even dementia. These are all symptoms we associate with disrupted sleep-wake cycles as well. Are these coincidental side effects, or could salts actually function as regulators of the circadian rhythm? This is what a set of Danish researchers set out to discover. 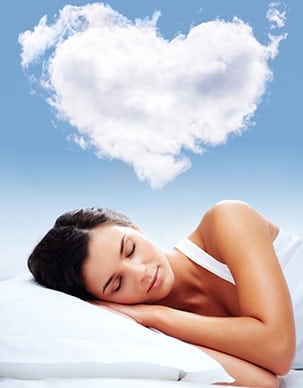 Scientists know that neuromodulators such as cortisol and melatonin play a huge role in regulating the sleep-wake cycle. These neuromodulators affect salt balance by opening sodium channels as a means of signaling. Salts appear to act independently of these hormones, as they are controlled by non-hormonal means. While the relationship between neuromodulators and salts is still a subject of study and debate, salt appears to be an independent variable affecting sleep. When salts were injected into the brains of mice, their wakefulness, or lack thereof, changed in a predictable way. Researchers were able to put a mouse to sleep, or wake them, simply by adding salts. The relationship between neuromodulators and salt balance may actually be the mechanism by which they cause sleepiness or wakefulness.

This may seem far-fetched, but it is not an unusual way to control neural activity. The activity of sodium channels is an important regulator of many brain processes, so many hormones and pharmaceuticals work on cells by opening or closing these channels. It is possible that changing salt levels are an important way that the brain controls the sleep-wake cycle.

The Future of Sleep Disorder Treatment?

Obviously, people with sleep disorders cannot be treated by a shot of salts into the brain as the mice in the study were. However, there may be other applications for these findings. Many drugs act by changing the activity of salt in the brain. For example, many epilepsy drugs block the activity of voltage-gated sodium channels, which transmit most neural signaling. In short, people who suffer from circadian disorders may soon have a medication to help them regulate their sleep-wake cycle if other research supports the conclusion of this study.

While no one should begin eating more salt to treat a circadian disorder, this new discovery is nonetheless promising. Understanding how different variables such as salt balance affect the brain, and by extension, our sleep-wake cycles will allow us to better understand how circadian disorders develop.  This can, in turn, lead to more effective treatments for people who suffer from sleep disorders.