Despite a widespread obsession with health, the incidence of heart disease is steadily rising. Many people are eating healthier, exercising more and otherwise trying to maintain a healthy heart. However, there are three surprising things that may be holding you back.

1. Your Cold and Flu Medicine 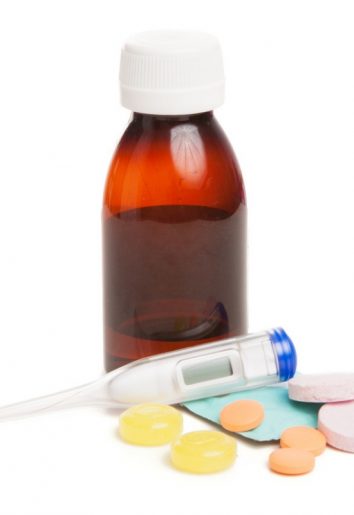 Most of us think nothing of reaching for their favorite syrupy medicine at the first signs of a cold or flu. Although these medications can be very effective for symptoms such as fever and cough, the American Heart Association warns that they can have a negative effect on cardiovascular health.

In addition to ibuprofen, acetaminophen and other anti-inflammatory medications, cold and flu medications often have the decongestants pseudoephedrine and phenylephrine. These decongestants behave very similarly to epinephrine (also known as adrenaline) in the human body. They constrict blood vessels, which is why they are so effective at relieving a running nose. Like epinephrine, they can also raise blood pressure to a measurable degree.

Although a healthy person can handle these side effects without any problems, people with hypertension or underlying heart disease should avoid decongestants. Doctors recommend taking an antihistamine such as Benadryl instead.

If you are tempted to simply take an ibuprofen for your fever and aches, think again. The class of medications that ibuprofen belongs to, called NSAIDs, also have been linked to serious heart events. Although NSAIDs are generally regarded as safe for young and healthy people, elderly people have three times the risk of heart attack in the week after taking them.

The next time you have cold and flu symptoms, get plenty of rest and chicken soup. Ask your doctor before taking any medications — even over-the-counter ones.

Every new year, people across the country choose a new fad diet. By February, the diet is gone and the pounds are back. Although many people can lose weight easily, most of us quickly gain it back. How is this affecting our heart health?

Researchers looked at two groups of people: one that was assigned to the Mediterranean diet and one that was instead given the low-sodium DASH diet. Both of these diets have been shown to have cardiovascular benefits in prior studies.

People ate the special diets for 5-6 weeks and then underwent extensive cardiac testing. Unsurprisingly, their hearts were healthier than ever. However, they were then allowed to return to their former diet. After several weeks, the cardiovascular health of both groups was measurably worse.

The weight fluctuations caused by yo-yo dieting have been shown in several other studies to be bad for both cardiovascular health and metabolism. However, those extra pounds also are a cardiac risk factor.

What is a person to do? According to health experts, the answer is to make sustainable lifestyle changes that will gradually impact both your heart health and your waistline. Although this takes more time and discipline than the endless crash diet cycle, it will lower your risk of almost all classes of disease.

It was once an accepted fact that the average person’s income would steadily increase over their working years. In modern times, however, this cannot be assumed. Incomes are more volatile now than they have been for almost forty years. Many people are not sure what they will be making in a few months, much less a few years or decades.

How is this economic uncertainty affecting your heart? According to researchers, it may be raising our risk of heart disease as well as your risk of death from cardiovascular events. According to research performed in four American cities over three decades, even young people with financial instability are at markedly higher risk.

This risk factor is not as easy to change as others. After all, most people would choose a stable income if they truly had the choice. However, it is important to remember the context of this correlation. People with unstable incomes are likely to be under more stress, sleep more poorly, have poorer mental health and indulge in cheap, unhealthy foods. These all can contribute to heart disease and can be more easily changed than your income.

These factors are all surprising because they are common in our society, yet are not commonly associated with heart health. However, they are not the only things that are contributing to our steady decline in cardiovascular health. Many of the best ways to preserve your heart health are common-sense lifestyle changes, such as:

Are any of these surprising roadblocks standing between you and the cardiovascular health you desire?