How do your food choices affect your sleep? If you’ve ever reached for a cup of chamomile tea or a glass of warm milk before bed, you probably have some idea. Although there has not been solid evidence that diet affects sleep until recently, many people in cultures around the globe maintain deeply-held beliefs that some foods and beverages can either help or hinder slumber. New studies linking dietary habits and sleep habits are showing that sleep and diet are indeed interconnected, although we may be wrong about which foods are the best choices.

People have long been advised to avoid spicy and fatty foods before bed to prevent a sleepless night of heartburn, but research suggests that diet affects sleep in other ways. A recent study looking at the relationship between sleep and eating habits found interesting connections. According to the study, people who sleep well at night are likely to take in less caffeine (not surprisingly) as well as less of an amino acid called choline, which is found in eggs and meat. On the other hand, those who sleep only for a very short duration tend to drink less water and eat fewer brightly-colored vegetables.

There appear to be many variables involved in the diet-sleep connection. Researchers have yet to figure out a “Golden Mean” in nutrients that allows for optimal sleep, but the evidence is clear: Diet and sleep habits are deeply and intrinsically linked. What you eat, and when you eat it, can make you fall asleep later, wake up more often, and even reduce the quality of sleep for the duration of the night. However, this is not the only link between diet and sleep. 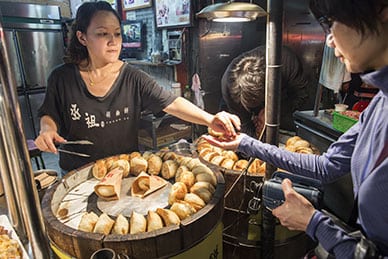 Evidence suggests that not only does diet affect sleep duration, but that sleep can affect diet as well. For night owls, the propensity may be to go to bed late and sleep late; However, our modern schedules don’t often allow for this. As a result, night owls may try to make up for lost hours by sleeping in late whenever possible. Yet ,research shows that people who sleep late are more likely to eat fast food and other foods high in carbs and fat. This may be due to convenience, as people who are often tired are less likely to have the energy to prepare a healthy meal. Additionally, people are generally more impulsive and have less ability to make good decisions when sleep-deprived. A lack of set routines may also be an issue, as people who do not wake and eat at set times are more likely to eat less-healthy meals.

An unhealthy diet can also affect sleep by contributing to obesity. People who have a high body mass index (BMI) show slightly different sleep behaviors than those who maintain a healthy weight. For those with a high BMI, the nightly balance of different stages of sleep is altered in ways that can affect rest and regeneration. This can affect the quality of their sleep and how much energy they have upon waking. For instance, overweight people get less stage 2 sleep and a higher proportion of REM sleep. In addition, people with a high body mass index are at higher risk of sleep apnea and other disorders that can affect sleep quality.

Weight, Diet, and Sleep: The Proverbial Chicken and Egg

Which came first: the high-fat diet or the irregular sleep schedule? This is still unclear, but will likely be the subject of future studies. While obesity is known to cause sleep disorders, sleep disorders are also known to negatively affect the metabolic system. The result is a downward spiral in which people sleep poorly, make poor health decisions that lead to weight gain and suffer even more disordered sleep. While it can be difficult to break this cycle and get your health back on track, it is nonetheless important to your health to do so.

So what should you be eating if you want to sleep soundly at night? Although there is increasing evidence that diet affects sleep, and vice versa, the exact nature of the connection is not fully understood. While revolutionary new insights have been gained as to how when and what you eat affects your metabolism, researchers have yet to discover the exact diet that encourages good sleep. For now, doctors continue to make the general recommendation that people try to attain and stay at a healthy weight by getting plenty of sleep and eating a varied, healthy diet.