Glucose metabolism and regulation are central to human health. We depend on a complex system to ensure that glucose is funneled to the areas where it is needed at the correct times and in the correct amounts. Many diseases, including diabetes, obesity and metabolic syndrome have been linked to dysregulation of glucose and insulin. New research suggests that the circadian system and glucose regulation are closely linked.

It is crucial to your health that glucose levels remain balanced within a very narrow range. The two hormones in charge of this are insulin and glucagon. Insulin “opens” gates in your cells so glucose leaves the bloodstream and can be used as fuel. In addition, liver cells store glucose so it can be used later. Glucagon does the exact opposite, closing gates on cells and causing the liver to release stored glucose into the bloodstream.

The body controls glucose carefully because it is so important. If cells lack glucose then they starve, but too much prevents key cell processes from occurring. There are many factors involved in glucose regulation and metabolism because it is so tightly controlled. New research suggests that the circadian rhythm plays an integral role. 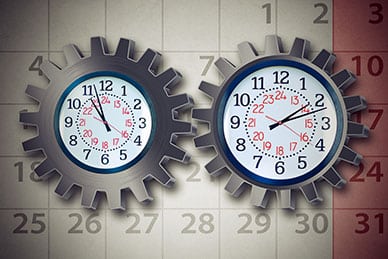 People who work odd shifts or otherwise have a disrupted circadian rhythm are more likely to suffer from metabolic syndrome. This is due to a newly discovered connection between the circadian system and glucose regulation and metabolism. Glucose control is intimately controlled by circadian rhythm. People who work odd hours have this system disrupted, so they have abnormal fluctuations in insulin and glucagon production. Over time, this can lead to insulin resistance, the problem underlying type 2 diabetes and a variety of metabolic diseases.

How exactly does circadian rhythm tie into glucose regulation? Cortisol is suspected as the main link between the circadian system and glucose. Cortisol is one of the main hormones of the circadian rhythm. It also governs blood glucose to a great extent and creates the diurnal rhythm seen in glucose and insulin levels. When people take glucocorticoid drugs that are broken down into cortisol, they often suffer problems with regulating their blood glucose as a side effect. Consistent use of glucocorticoids can lead to insulin resistance.

People who work odd shifts or otherwise live with circadian rhythm disruption have higher levels of cortisol overall. Cortisol normally peaks just before waking and declines slowly throughout the day. This is linked to the drop in insulin in the evening when cortisol levels are at their lowest. Without a normal circadian rhythm, cortisol levels drop more slowly and insulin remains high. Over time this can lead to resistance. Cortisol is likely the link between the circadian system and glucose dysregulation.

We are only just beginning to realize the effect that sleep has on us. Not only is it important to get enough sleep, but to get the right quality of sleep and at the right times. Many modern chronic diseases that are on the rise may be influenced by an epidemic of disrupted circadian rhythm in the modern world. Sleep may indeed be the best doctor and the best medicine.