Resveratrol is powerful phytoalexin, a group of naturally occurring antimicrobial and antioxidant compounds produced by plants, that can be found in red wine, raw cacao, pistachios, peanuts, and dark berries such as red grapes, blueberries and muscadines. Like other antioxidants, resveratrol can help the body to fight and repair cellular damage.

Research over the past decade has indicated that resveratrol could promote heart health and may also possess anticancer and anti-inflammatory effects. Adding to its growing list of health benefits, a recent batch of studies suggests that resveratrol may repair and protect from damage to both muscle fibers and neural synapses brought upon by aging.

According to Dr. Gregorio Valdez, assistant professor at Virginia Tech and author of one such study, “we all slow down as we get older. Gait, balance issues, and impaired motor coordination contribute to health problems, accidents, lack of mobility and a lower quality of life. We work on identifying molecular changes that slow down motor deficits that occur with aging. I believe that we are getting closer to tapping into mechanisms to slow age-induced degeneration of neuronal circuits.” 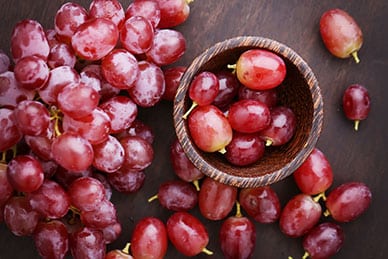 After reaching middle age, most adults will begin to lose an average of three percent of their muscle mass, strength and endurance each year. This age-related decline in muscular function referred to as sarcopenia greatly affects quality of life and may decrease life expectancy. According to recent research, resveratrol may both repair and protect against such muscular degeneration.

Regular exercise helps slow the loss of muscle mass but may also lead to muscle damage and joint pain in an already stressed body. Resveratrol has been shown in numerous studies to ease joint pain, reduce inflammation and repair the cartilage breakdown associated with arthritis. A new study out of Australia shows resveratrol is also beneficial in this way to the skeletal muscles. The team’s findings echo other research exhibiting how the administration of resveratrol greatly increases aerobic performance and both prevents and repairs damage to muscles that results from exercising.

Reduced blood flow due to age can be both a symptom of and contributing factor to muscular decline. A study led by researchers from Harvard and published in Cell found that resveratrol activates the same genes that normally respond to diet and exercise, healing the vascular system, improving blood flow and increasing endurance in elderly mice.

Muscle atrophy, a partial or complete wasting away of muscle tissue, can result from sarcopenia, inactivity, as well as neuromuscular disease. A research paper recently published in the International Journal of Medical Sciences examined the adaptive changes in muscles after inducing sciatic nerve damage in mice that were fed either a normal diet or a resveratrol-supplemented diet. Their research showed that resveratrol “significantly prevents” muscle atrophy.

Resveratrol Protects the Brain From the Effects of Aging

Skeletal muscles aren’t the only form of atrophy that resveratrol may prevent. Cerebral atrophy and the degradation of neuronal synapses are typical effects of the aging process and can ultimately lead to cognitive decline and memory problems as well as provoke interference with the body’s ability to deal with stress. Research shows resveratrol possesses several significant neuroprotective benefits.

Previous research has indicated that proper diet and exercise can help to neuronal synapses from the typical wear and tear of aging. In one study published in The Journals of Gerontology, researchers discovered that resveratrol has many of the same neuroprotective benefits of combining a low-calorie diet with regular exercise.

Other studies also seem to suggest that resveratrol may help to slow down age-related cognitive decline, protecting from and repairing damage done to the brain. Several studies indicate that the neuroprotective effects of resveratrol may make it a useful therapy for those suffering from cognitive disorders such as dementia and Alzheimer’s. 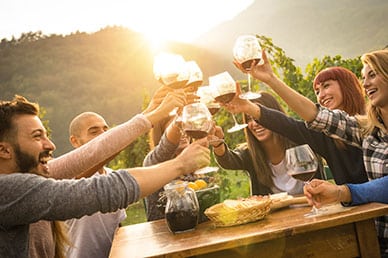 Dr. Valdez concludes that for researchers, “the next step is to identify the mechanism that enables resveratrol to protect synapses. If we know the mechanism, we can modify resveratrol or look for other molecules that are more effective at protecting the synapses.”

While resveratrol shows great potential, experts do caution that because of the relatively low concentrations of resveratrol found in food sources such as wine, people would not likely see the same massive neuroprotective benefits exhibited in the mice studies.

According to Valdez, “in wine, resveratrol is in such small amounts you could not drink enough of it in your life to have the benefits we found in mice given resveratrol. These studies are in mice and I would caution anyone from blasting their bodies with resveratrol in any form.”