Many people struggle with respiratory concerns as they age. New research on resveratrol lung benefits suggests that this compound found in red wine may help protect the lungs against premature aging and disease.

Respiratory concerns are some of the most serious causes of death on the globe, killing around three million people a year and affecting many times more. These include common health problems such as asthma, chronic obstructive pulmonary disease (COPD) and lung cancer. These conditions are especially common and more serious in children and the elderly. While there are treatments that can reduce symptoms, there are currently no cures for most serious lung problems. However, several recent studies on resveratrol lung benefits suggest that a simple natural remedy may be able to help many. 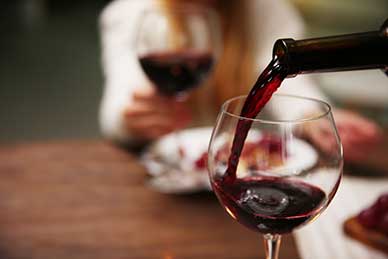 Resveratrol has recently become popular due to its many reported health benefits. Naturally produced in the skins of grapes as well as being present in peanuts and pistachios, this antioxidant is the result of plants’ exposure to stressors such as drought, ultraviolet light and fungal infections. Besides protecting plants from external stressors, it appears to act as an antioxidant in the human body as well. Recent studies have found that resveratrol may have cardiovascular benefits, help maintain healthy cell growth and function and even promote healthy aging. According to new studies, it may also promote healthy aging in the lungs and help to protect against respiratory concerns.

Lungs and the Aging Process

We may not notice deterioration in our respiratory tracts the way we notice new wrinkles or a change in vision, but our lungs indeed change as we age. Our alveoli become enlarged and less elastic, making them less able to exchange gases. In addition, the tissues that make up the lungs deteriorate and lose functionality over time. As lungs lose the ability to breathe effectively, cells become inflamed, which causes even more damage. The result is a gradual loss of function and the eventual onset of diseases such as COPD and emphysema.

Age-related lung concerns take a huge toll on people who suffer from them and on the nation as a whole. They can make it difficult for people to work, exercise or even to perform simple tasks such as walking to the mailbox. These are very expensive conditions, with COPD alone costing $36 million a year just in health costs. Preventing or even slowing the progression of lung concerns can lead to higher quality of life, fewer deaths and nationwide economic savings. 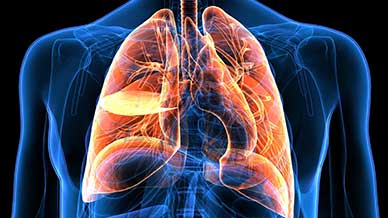 How can a simple grape extract help promote healthy respiratory aging and protect against certain lung concerns? The antioxidant effects of resveratrol are believed to be one of its major benefits. In one study, when mice were given inhaled resveratrol, they saw less of the alveolar changes that underlie aging in the lungs. They experienced less lung cell damage, fewer DNA mutations and better lung function. These resveratrol lung benefits were measurable after just three months of the treatment.

In addition, resveratrol appears to promote healthy cellular inflammatory processes and have an effect on inflammation that causes the progression of respiratory illnesses such as COPD. When COPD patients are given resveratrol, they show lower cytokine levels in their lung fluids. This is significant because cytokines released by lung macrophages produce much of the inflammation associated with respiratory disease. People also had a more than 50 percent reduction in other known mediators of inflammation.

Do resveratrol lung benefits extend to deadly diseases such as lung cancer? A recent study suggests that this plant antioxidant may at least be beneficial—likely by promoting healthy DNA—which is sometimes responsible for the uncontrolled growth of unhealthy cells. This effect is especially strong when resveratrol is combined with curcumin, a compound found in spices such as cumin. These two natural remedies appear to act synergistically, with far more benefit when used together than when either is used alone.

While pharmaceuticals will always be necessary for many people with respiratory concerns, these studies suggest that others may be able to derive some relief with natural remedies such as resveratrol. In fact, resveratrol is believed to be responsible for many of the purported health benefits of red wine, which contains high levels of this antioxidant. In many ways, natural remedies can be superior when it comes to keeping people healthy. As the old saying goes, “Prevention is the best cure.”

There is still a great deal of research to be done on resveratrol lung benefits. However, these studies add to a growing body of evidence suggesting that this plant compound may have a positive effect on whole-body health by promoting healthy cellular inflammatory processes and protecting against tissue damage. A glass of wine, handful of grapes or resveratrol supplement just may bring you one step closer to healthy aging.