You are here:Home / Products / Mitochron® 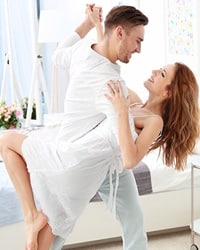 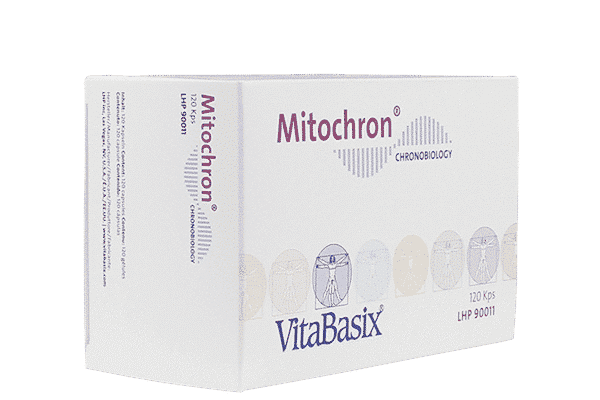 Mitochron® is a chronobiological formula designed to boost ­energy levels and protect against «burnout» in both men and women. ­Mitochron® helps support the cells' mitochondrial function while also providing enhanced protection against oxidative damage.

The human body does not produce the energy it needs to perform its many functions in just one special organ; instead, it produces energy inside almost every single one of its roughly 70 billion cells. The mitochondria are our cells’ «power plants», and are the key elements in regard to the generation of our body’s life force. These mini cellular power plants are also essential in the production of certain blood components and vital hormones such as estrogen and testosterone, as well as in the metabolism of brain neurotransmitters and breaking down fat molecules in food. The mitochondria are often less numerous, smaller and less efficient in people whose health is compromised.

A correlation between the number, size and performance of cellular mitochondria and the constant exhaustion millions of young people and adults experience today has not been definitively explored, but is probable. Feelings of fatigue and weakness may be caused by a lack of sleep, poor nutrition and physical and mental overload, as well as by medical treatments and procedures.

According to investigations carried out by the British Royal College of Psychiatrists, one in five adults sometimes feels burned out, and one in ten feels completely exhausted. Women tend to be affected more often than men. Burnout, a term coined in 1974 to describe a syndrome that often occurred in caretakers, has slowly become a buzz word in our society – and one that’s not limited to one’s working life. This phenomenon involves an exhaustion of human vitality in general.

Burnout often develops in four phases: success, greater willingness to prove oneself, neglect of one’s own needs and being hard on oneself. At the end of this vicious cycle, the ability of the psyche and the body to perform ultimately fails. Taking in energy-rich molecules, along with amino acids, enzymes and vitamins, at the right time of day increases the performance potential of the mitochondria and supports healthy functioning. Supporting the processes that occur inside each cell can mitigate the negative effects of lack of energy in any form.

The main task of the mitochondria is to produce energy through chemical reactions in which fatty acids and glucose are converted into a usable and transportable form of energy called ATP. The raw material needed to produce ATP is gleaned from one’s diet or from the breakdown of available tissue, such as stored fats. For this to work, the food you eat must first be broken down into simpler molecules like carbohydrates, proteins and fat prior to being processed.

The oxygen in the air we breathe causes these molecules to oxidize within the cells while the mitochondria provide energy in the form of ATP molecules. These highly reactive processes are repeated extremely rapidly. The total amount of ATP produced in a day often exceeds a person’s body weight. During abnormal conditions such as fever, disease, stroke or other stress loads, more oxygen is often used before it can be utilized for the production of ATP. As a result, free radicals are produced in greater quantities, which is why a lack of energy is usually accompanied by more oxidative stress. Once a mitochondrion is no longer fully functional, the affected cell is more susceptible to multiple stress loads, resulting in a feeling of tiredness or burnout. The feeling of burnout affects the performance of various organs, especially the brain.

When it comes to increasing cellular energy, the co-enzyme NADH® (Panmol), a key molecule in the production of ATP, is a crucial factor. Recent scientific advances have made it possible to control the effectiveness of NADH® (Panmol) and to achieve a high level of bioavailability when administered orally. The recommended time to take NADH® (Panmol) is in the morning, along with the vitamins B6, C and E, which protect against free radicals. Anyone affected by feelings of lethargy should take nutritional supplements that contribute to energy generation in the morning. These supplements work by either promoting healthy fat utilization or by supporting oxidation as a kind of fuel.

For just this purpose, the amino acids L-carnitine and L-arginine have proven themselves in various studies.

BioPQQ™ pyrroloquinoline quinone disodium salt: The significance of Bio-PQQ™ (also known as pyrroloquinoline quinone) for the human body was not discovered until 2003. This vitamin is involved in more than 20,000 physiological processes and therefore plays an immensely important role in the prevention of many diseases. In addition to the positive effects it has on the general metabolism, muscle function, neuronal conduction and the immune system, it also enhances many effects of other vitamins.

L-carnitine helps to usher certain substances required for energy production into the mitochondria.

L-arginine HCl improves the body’s production of the growth hormone HGH, which helps to form new muscle mass. This amino acid can also lessen the effect of harmful substances, like environmental toxins, on the liver, and has positive effects on male fertility.

During the body’s nightly regeneration phase, the main focus is on protecting the body against free radicals.

Omega 3 fatty acids are particularly effective free radical neutralizers. Since they are unstable chemical compounds, their effectiveness is protected by phytochemicals such as ginkgo biloba leaf extract and the main active ingredients of red wine, resveratrol and quercetin extract. In addition, quercetin and other plant compounds help support healthy formation of new mitochondria.

Co-enzyme Q10 plays an important role in generating sufficient energy, in addition to protecting the mitochondria from harmful influences.

The bioactivity of the ingredients in the evening dose of Mitochron® is further increased by vitamins B1, B2 and B12.

The ingredients found in Mitochron® can help:

Mitochron® is a chronobiological preparation formulated to enhance the performance and the number of mitochondria in different tissues. Mitochron® is suitable for men and women suffering from a noticeable lack of energy. 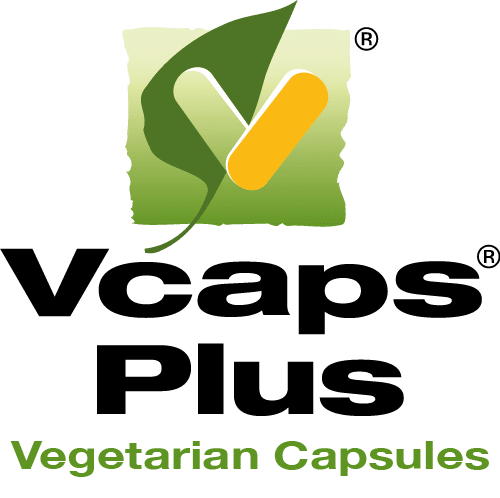