While previous research has found that omega-3 fatty acids can help with inflammatory bowel disease and much more, a new study has shed more light on the link between omega-3 and gut health. According to the study, people who eat a diet high in omega-3 fatty acids have greater bacterial diversity in their guts. This can promote improved overall health.

What are Omega-3 Fatty Acids? 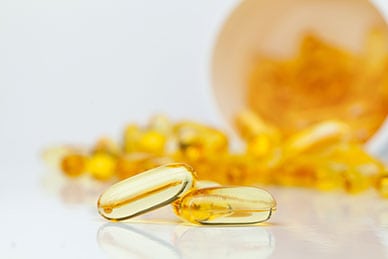 A recent study published in Nature Communications found that omega-3 fatty acids also play a big role in metabolism and weight gain. The study suggested that omega-3 can activate beige and brown fat, boost metabolism and guard against obesity and related conditions like Type 2 diabetes. Brown fat differs from regular white fat, which stores calories. Brown fat burns energy and produces heat. It was previously believed that only babies had brown fat as they do not have the ability to shiver to maintain body temperature, but research has found otherwise. When brown fat deposits are activated, calories are converted to heat and white fat deposits are reduced.

When it comes to omega-3 fatty acids and digestion, it’s believed that omega-3 helps maintain a balance of bacteria in the gut while encouraging the growth of good bacteria. Because omega-3 has a strong anti-inflammatory effect, it can also reduce the effects of inflammatory bowel disorders like Crohn’s disease and ulcerative colitis. One study suggested that daily intake of omega-3 fatty acid may help prevent or induce remission of inflammatory bowel disease.

The Link Between Omega-3 and Gut Health

The human gut supports a diverse population of bacteria that are essential to overall health. It’s estimated that 38 trillion bacteria live in the average human gut and work to keep the immune system healthy. Low microbial diversity of the gut has been linked to bowel cancer, irritable bowel syndrome and other conditions.

A new study published in Scientific Reports, led by Dr. Ana Valdes of the University of Nottingham and a team of researchers, set out to investigate the link between omega-3 consumption and microbial diversity in the guts of middle-aged and senior women.

The team examined levels of DHA, a form of omega-3 fatty acid, omega-3 serum levels and microbiome data from almost 900 twins. The same group of women had previously been used to analyze human genetic contribution to bacteria in the gut and how it relates to disease and weight gain.

According to the researchers, omega-3 fatty acids improve the biodiversity of gut bacteria. Higher consumption of omega-3 and higher serum levels of omega-3 were “Strongly associated with the diversity and number of species of healthy bacteria in the gut,” Dr. Valdes reported. The researchers also found that people who consumed more omega-3 fatty acids had higher levels of specific bacteria previously associated with a lower risk of obesity and inflammation.

After conducting further investigation, the researchers found that high levels of omega-3 fatty acids were linked with high levels of a compound known as NCG in the gut. In animal studies, NCG has been found to reduce oxidative stress in the gut. The team believes at least some of the beneficial effects of omega-3 fatty acids in the gut occur because omega-3 induces bacteria to produce NCG.

How to Increase Omega-3 Consumption 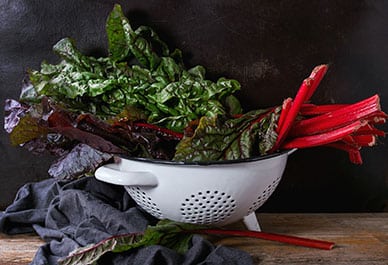 The best natural source of omega-3 fatty acids is fish, which has forms of omega-3 called DHA and EPA. A form of omega-3 called ALA is found in vegetable oil, dark leafy greens and walnuts, but the body is not able to produce as much omega-3 from ALA as from fatty fish sources. A dose of 600mg per day is usually recommended for adults.