The anti-aging industry pulls in billions of dollars every year with promises of helping people preserve both health and beauty. While beauty products offer to keep us young with creams and serums, scientists suggest that youth comes from the inside out. What we feed our cells can make all the difference in whether they stay young and healthy over our lifetime. According to new research, plant compounds called resveralogues may be important in keeping our bodies healthy and cells rejuvenated.

Understanding the root cause of aging is essential to learning how to stop it. There are several factors that contribute to cellular aging and eventually death. Oxidation is one such important factor. Although our cells need oxygen to survive, this comes at a cost. Metabolic processes that use oxygen split the oxygen molecule into two free radicals. These radicals can cause great destruction to cells if not controlled. While our body has natural antioxidant abilities, eating antioxidant vitamins and compounds also is necessary to keep free oxygen radicals from damaging DNA.

Telomeres also are an important part of aging. These structures act as a cap on the end of DNA and prevent DNA from being damaged during division. They become thinner and thinner until they finally wear away and are unable to protect DNA. This leads to issues with DNA division, which is necessary for cells to replicate and replenish tissues. When people are young, they make an enzyme called telomerase that rebuilds telomeres so cell division can occur almost constantly. However, as we age the body stops making telomerase, leading to less frequent cell division and more visible damage to tissues.

Last, a process called mRNA splicing appears to be a factor in aging. This process occurs after proteins have been created by the cell. In mRNA splicing, different “building blocks” are spliced together to make functional cell components. Splicing factors are chemicals that tell the body to perform mRNA splicing and create new components to support cell division and divide. Cells that have replicated many times eventually stop undergoing mRNA splicing due to a lack of these factors, causing an aged appearance. 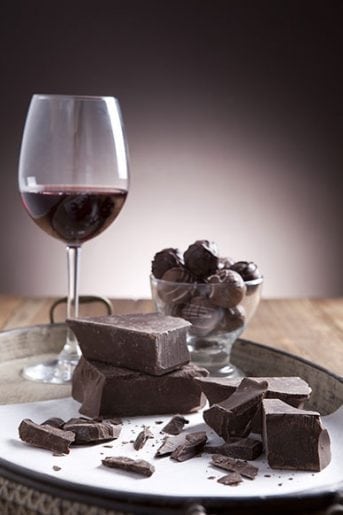 Have you heard that red wine and dark chocolate can be good for your health? This is indeed true due to both containing a natural compound called resveratrol. Resveratrol is a natural plant compound found in red wine, red grapes, red berries, chocolate and even peanuts. It has been linked to a variety of anti-aging and anti-oxidant effects. This, in turn, has been linked to lower risk of cancer, cardiovascular disease and a variety of other life-threatening diseases. Resveratrol also has been found to lead to longer life spans in cells of a variety of kinds, from human cells to even simple yeast.

There are several compounds that are biochemically similar to resveratrol and thus have the same effects. These compounds are called resveralogues. These compounds may be the key to maintaining healthy youthful cells longer than we ever thought possible before.

How Are Cells Rejuvenated by Resveratrol-Like Compounds?

Resveralogues appear to be key to preventing aging by encouraging the production of splicing factors and thus cell division.

Scientists were able to grow human cells in vitro, or in a Petrie dish. These cells eventually aged enough times that they became aged and stopped making splicing factors. As expected, cell division slowed and even stopped. However, when resveralogues were added to the cells they regained function. One important function that they gained was the production of splicing factors. This, in turn, caused the cells to begin dividing once again, creating new, young, healthy cells.

Could this compound stop aging in its tracks? The scientists behind the research are hopeful. They also point out that more study will be needed before an anti-aging treatment can be developed from this knowledge. Professor Lorna Harries, one of the lead researchers, notes that “We are now trying to see if we can find out how the changes in splicing factor levels [cause] cell rescue. We have more papers in preparation on this.”

Preserving Youth From the Inside Out 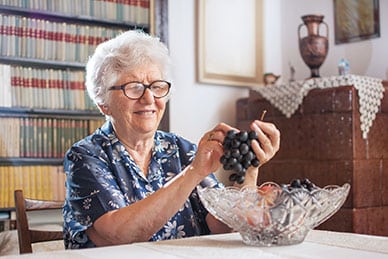 It is clear that what we eat can have as great of an effect on aging as anything we apply to our skin. Preserving health from the inside out should be the goal of any anti-aging product. Until resveralogues are available on the mass market, people who wish to remain young should continue to take in antioxidants and other supplements known to reduce the effects of aging. Vitamins C and E, as well as foods containing resveratrol, all have been found to be effective in many research trials.

Researchers are constantly making new discoveries about natural ways that we can remain healthier and more youthful throughout our lives. Someday maintaining smooth skin, a youthful appearance and optimal health may be possible for a previously unknown length of lifespan. Although resveralogues are currently unavailable, there are many supplements, foods and beverages that contain the important anti-aging compound resveratrol.