Millions of people struggle to get adequate, restful sleep. New research on sleep and health suggests that not getting enough sleep can have more serious effects on your health than previously realized.

Have you ever struggled to fall asleep? Have you ever woken from a deep slumber unable to get back to sleep? If so, you are not alone. Sleep disorders are a common problem that leaves many people fatigued and sleepy throughout the day. However, the effects may go far beyond temporarily feeling too tired. New studies have found links between sleep and health that suggest that getting enough high-quality sleep is one of the most important parts of a healthy lifestyle. 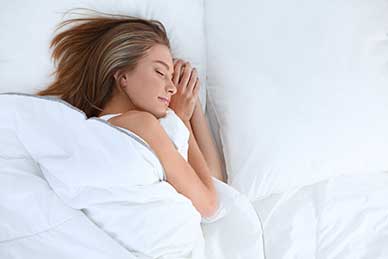 Many people notice that they are more likely to get sick when they are overworked or simply worn out. Scientific research supports this observation. Studies of twins have found that even among identical twins, the twin who does not get enough sleep is more likely to become sick when they are both exposed to bacteria or viruses. They also have measurably lower levels of white blood cells circulating in their bloodstream, which are the first line of defense against pathogens.

This is especially important when you consider that people in the Western world are getting less sleep than ever before; as many as one to two hours less per night. This can have a very negative effect on our immune systems, which we rely upon to keep out foreign pathogens and fight the ones that somehow breach our barriers. The result is that we may be more prone to infections than ever before, spending more days ill and living at higher risk of developing an infection that can be deadly.

Cognitive Impairment: A Side Effect of Insomnia?

Sleep disturbances may also have an effect on how you well you think and remember. Doctors tested elderly people with cognitive impairments and those without them. They found that those who have better cognition also report better sleep patterns. A similar link has been found in several other studies as well: Older people who sleep well suffer less of the loss of thinking skills that we associate with aging. While we think of retirement as a time of rest, many older people do not appear to be getting enough sleep.

This makes intuitive sense to people who have suffered a sleepless night or even jet lag. Most people who have not had adequate sleep find that they struggle with concentration and memory for one or more days. Although more study is needed, it is logical that people who struggle with sleep throughout their lives may see more long-term effects.

The Circadian Rhythm of Respiratory Health

Although we think of asthma as a childhood disease, it affects many adults as well. This and other chronic respiratory illnesses are a major cause of emergency room visits in the United States. While most adults with asthma develop it as children, some actually do not get the disease until well into adulthood. Doctors and scientists have struggled to determine exactly why this happens. Obesity, pollution and other factors have been linked to adult asthma, but insomnia also appears to play a role. Researchers looked at adults with sleep disorders and those without. Over an 11-year period, those with sleep disorders were around three times as likely to develop asthma and other respiratory illnesses.

How can asthma be linked to sleep? Researchers believe that the effect of insomnia on the immune system may be partially to blame. People who do not sleep as well are more likely to live with high levels of inflammation, which is a key feature of asthma and several other respiratory illnesses. This link suggests that the issue of sleep and health may be extremely important in preventing costly chronic illnesses and even in preventing deaths from respiratory failure.

In the Bedroom and Beyond 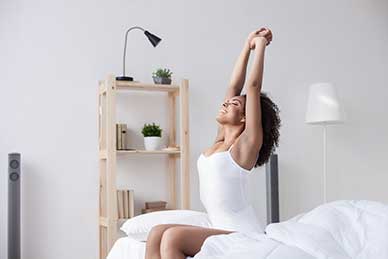 One final area that modern research suggests may be impacted by sleep is sexuality. In a study of almost 100,000 pre-menopausal and menopausal women, researchers found a clear link between sexual satisfaction and getting high-quality sleep. Women who report sleeping seven to eight hours a night, which most researchers consider ideal, are also more likely to experience higher sexual satisfaction.

While most people believe that menopause is a time when women lose their sex drive, this does not always appear to be true. Over half of women who get adequate slumber report feeling sexually active and satisfied with their sex lives.

Many of these new links between sleep and health are correlations, which means that they merely show a link between two variables and do not offer definitive proof that one causes the other. However, it is clear that getting enough high-quality sleep is important in maintaining the good health that we all wish to enjoy over our lifetimes.