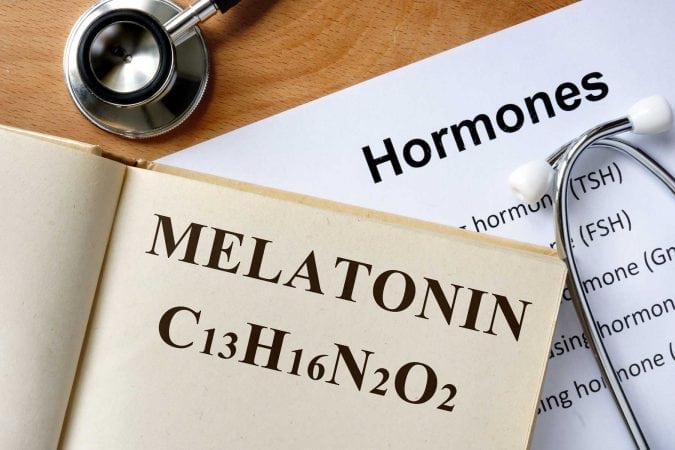 Melatonin plays an important role in regulating the circadian rhythm.  In addition, this hormone is showing promise as a treatment for a variety of health problems.

Many people have heard of melatonin. It has become a popular supplement in recent years because of its important role in regulating the circadian rhythm. When people suffer from a melatonin deficiency, they may also suffer from insomnia and even more serious disorders such as cancer.

Melatonin is a hormone made by the pineal gland of the brain. All mammals make melatonin and use it in similar ways. When our retinas sense low levels of light, they send messages to the suprachiasmatic nucleus of the hypothalamus, another brain structure. The hypothalamus then tells the pineal gland to make melatonin, which then acts on almost every cell in your body.

The Master Clock of Your Sleep-Wake Cycle

While melatonin plays a variety of roles, it is most important in regulating the circadian rhythm, including sleep-wake cycles. Melatonin is secreted when our brains sense that it is night, and then released continuously as we sleep. Peak levels occur at around 3 or 4 a.m. After this, levels falls sharply and the brain begins to make other hormones that are associated with waking.

Melatonin helps us to fall asleep and stay asleep long enough to get adequate rest. In addition, the presence of melatonin lets your body know that you are asleep so it can perform important repair processes. Because melatonin is an antioxidant, it even participates in important cell repair. These repair processes not only make us feel more rested, but also play an important role in slowing aging and even protecting against cancer.

Besides regulating the circadian rhythm, melatonin has been found to be helpful in a variety of illnesses. First, it has been used successfully to treat disorders of the circadian rhythm such as jet lag, insomnia and disorders associated with shift work. It has also been found to assist healthy sleeping behavior in mental health and developmental disorders where insomnia is a major feature, such as autism and schizophrenia. It has even shown promise in the treatment of some cancers.

Because melatonin is the master clock of the circadian rhythm, it is extremely effective in treating problems related to the sleep-wake cycle. People who suffer jet lag after traveling across time zones can use melatonin to naturally fall asleep at an earlier time without the side effects of other sleep medication. Shift workers and people who work odd hours can use melatonin to tell their body that it is time to sleep in the absence of the presence of bright light or other wakefulness cues.

Understanding the human circadian rhythm and the role of melatonin in regulating the circadian rhythm is allowing doctors and scientists to devise new and innovative treatments. New effects of melatonin are being studied, so it is likely that this hormone will become a more important medical treatment in the future.