Modern food tends to be over-processed and depleted of many of the nutrients we need for optimal health. Not too long ago, people focused on both getting enough calories and sufficient amounts of important vitamins; dietary deficiencies were mainly seen in people who were underfed or people living in extreme circumstances. Although people in the West now get plenty of calories, we suffer from a lack of vitamins and minerals. Magnesium is one important mineral with a growing number of deficiencies in the developed world. This could have immense effects on male health due to the many magnesium benefits for men.

A Trace Mineral With Huge Effects

Many reading this may wonder: “What exactly does magnesium do for your body that is so important?” It might be better to ask what magnesium doesn’t do. Magnesium is an integral part of hundreds of enzymatic reactions in the human body that control everything from our metabolism to our sleep cycles. It also is important for dealing with stress in a healthy way. Stress raises blood pressure and otherwise places additional demands on our body; most of these new demands involve magnesium in some way.

Without optimal levels of magnesium, people may suffer from a variety of health problems, including cardiovascular disease, metabolic diseases such as diabetes, hypertension and chronic headaches. Even tiny magnesium deficiencies can cause a variety of symptoms such as fatigue, insomnia, anxiety, depression and muscle aches. Insomnia also has been linked to low magnesium levels. While these are problems that may affect all people, the problems that come with a low magnesium level appear to be especially severe for men. 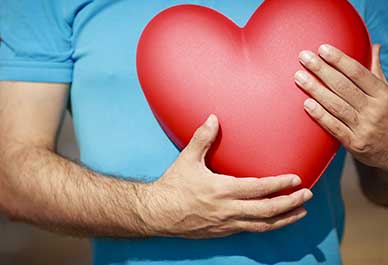 There are several ways that taking in plenty of magnesium may especially benefit men. First, magnesium appears to significantly lower the risk of cardiovascular diseases, including heart attack. These diseases tend to disproportionately affect men. Prevention is key, and in this case getting enough magnesium is important as that prevention.

Second, high plasma levels of magnesium may actually prevent prostate cancer. Men with a high calcium-to-magnesium ratio were found to have higher rates of this dreaded disease. Calcium and magnesium levels tend to be inverse due to the way these minerals interact with each other, so taking a calcium supplement without taking a magnesium one may actually be depleting your body of the nutrients it needs to thrive.

Why Are Men So Magnesium Deficient?

There is no reliable way to test for magnesium levels because so much of our stores are stored in our cells at any given time rather than carried in our bloodstream. However, many researchers estimate that the majority of men in the Western countries are deficient in this mineral—as many as 70 to 80 percent. It is easy to see why when you examine the American diet and lifestyle. Most magnesium in the human diet traditionally came from eating plant foods such as greens, nuts and beans that had grown in magnesium-rich soil. Now, people rarely eat these things in significant amounts. In addition, modern soil is almost always depleted of this mineral. The result is that many men could be eating a lot of foods that are considered magnesium-rich while still deficient in this mineral… and suffering the health effects.

In addition, we now have more activities that deplete magnesium levels. Magnesium is a part of stress reactions, so we deplete this nutrient when we struggle with anxiety, depression or just plain worry. This leaves less of this mineral for dealing with cell processes and otherwise promoting good cardiovascular health. In addition, modern people tend to eat large amounts of processed foods, which have had the high magnesium parts such as the rinds and husks removed. The Western diet is structured so that most people will have an insufficiency of this mineral.

Natural Ways to Get More Magnesium 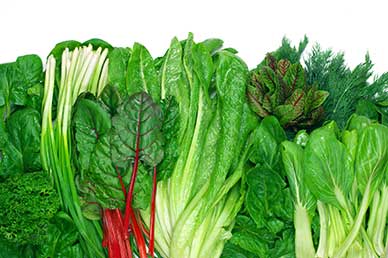 There are several ways to ensure that you are getting enough magnesium in your diet. Consider choosing magnesium-rich foods such as:

However, because modern food is increasingly depleted of magnesium, consider also taking a supplement. The National Institutes of Health recommend that men take at least 400 mg a day. However, many doctors who are experts on magnesium deficiency say that three milligrams per pound of body weight should be the minimum. This means that men who need more magnesium in their diet will need to work hard to get enough of this trace mineral.

Good health is a modern obsession. Most people are actively looking for ways to enjoy better health and to live a longer, happier life. Getting enough nutrients is an important part of good health. Although the modern depleted diet makes it difficult to get enough of the vitamins and minerals that we need, there are many supplements on the market that can boost your intake.