If you’re not giving your body enough vitamin D, you may be exposing yourself to a higher risk of developing certain types of cancer. At least, that’s what the findings from two new studies have revealed. While we’re warned that too much sun exposure will raise the risk of developing skin cancer, it seems too little sunshine is just as bad for us. The vitamin D that our bodies absorb during exposure to direct sunlight has an even more positive effect on our bodies than previously thought.

In the past, getting enough vitamin D was recommended because it was thought to help the body maintain an overall better level of functioning, strengthening the immune system and other biological systems. More recent research has found that a good supply of vitamin D does much more than that, however. Studies have found that a deficiency of this vitamin can increase one’s risk’s of developing Parkinson’s and cardiovascular disease, as well as causing certain individuals to gain weight.

Now, a new research project which combined experts from a variety of different organizations took a look at how low levels of vitamin D were linked to cancer. Specifically, the study conducted by the American Cancer Society, Harvard T.H. Chan School of Public Health and the United States National Cancer Institute looked at how vitamin D levels affected the development of bowel cancer. Also called colorectal cancer, bowel cancer is almost as widespread as skin cancer and is expected to cause more than 50,000 deaths by the end of this year.

This isn’t the first study to look at the relationship between bowel cancer and vitamin D. There have been several studies conducted independently in the past. Some research confirmed a link, while others did not find a connection between vitamin D and bowel cancer. The new collaborative study was established to find a definitive answer. The new study was the most expansive one of its kind, amassing data from subjects on three different continents. Of the group, there were 5,700 test subjects with colorectal cancer and 7,100 individuals in the control group.

The study did find a connection between low vitamin D levels and the risk of developing colorectal cancer. The study subjects were evaluated at regular intervals, about every 5.5 years, and those found to have a lower than recommended vitamin D level also had a 31 percent higher chance of developing bowel cancer. The risk did not increase in subjects with higher levels of vitamin D. While it the results seem to indicate that vitamin D does play a part in the development of bowel cancer, co-first study author Marji L. McCullough says these results shouldn’t be viewed as an indication that high vitamin D levels can actually prevent colorectal cancer.

The Correlation Between Vitamin D and Breast Cancer 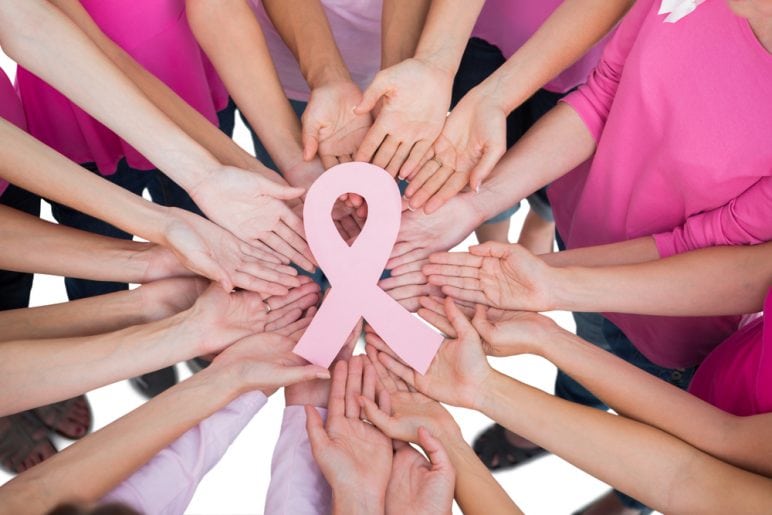 In another separate study that looked at how vitamin D was linked to cancer, researchers wanted to see how the vitamin affected the development of breast cancer. The project was undertaken at the University of California’s San Diego School of Medicine and involved looking at the results of two clinical trials, alongside the pooled results of a prospective cohort study. They wanted to establish a correlation between vitamin D levels the risks of breast cancer.

The project teamed the University of California researchers with others from Creighton University, the Medical University of South Carolina and GrassrootsHealth, which is a nonprofit organization out of Encinitas, California. They looked at 3,325 subjects from clinical trials and another 1,713 individuals in the cohort study. The average study participant was a 65 year-old woman with no indication of cancer at the time the study was started.

Between 2002–2017, the participants of the study were examined every four years. The follow-up examinations looked at the risks of developing breast cancer in each individual and at the levels of 25-hydroxyvitamin D (25(OH)D) in their blood serum, which is a vitamin D biomarker. The rate of breast cancer was adjusted for age, determining a rate of 512 per 100,000. The study uncovered 77 new cases of breast cancer developing in the test subjects.

While vitamin D does seem to play an important role in the development of certain cancers, researchers hope to conduct more studies to learn more about the correlation. We already know that higher levels of vitamin D can reduce the risks of developing breast and bowel cancer, but that’s not the same thing as suggesting high vitamin D concentrations can prevent cancer. Future studies may give us a better idea about how much vitamin D we should have in our blood and may discover more about the vast benefits of this wonder vitamin.