Iron deficiency is the most common nutrient deficiency and affects 1.2 billion people worldwide, with around 183,000 dying from a shortage of this nutrient every year. Iron deficiency in women is especially common due to the high iron needs of the female body. If you find that you are often fatigued, have trouble concentrating or have other vague and insidious symptoms, you may simply need more iron.

Why Do We Need Iron? 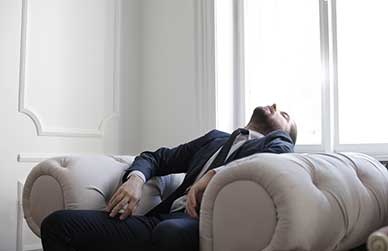 Iron plays a variety of vital roles in the human body. First and foremost, it is one of the basic building blocks of hemoglobin, which carries oxygen in the blood from your lungs to the cells that need it. Iron is also important in the manufacturing of ATP, the molecule that cells use for energy. It is part of many different enzymes involved in growth and metabolism. Iron is also used by cells of the immune system to help fight infections. Last, iron is used in muscle cells to store oxygen for times when it is needed faster than the bloodstream can supply it.

Because our bodies use iron in so many ways, we have very high needs for this mineral. When people do not get all of the iron that they need, they have trouble converting food energy to cell energy, cannot carry oxygen to their cells and cannot perform a variety of crucial functions. In severe forms, iron deficiency can even be fatal.

There are three basic ways that iron deficiency can occur: either not enough iron is being taken in, it is not being absorbed effectively or it is being lost somehow. Many people do not get enough iron-rich foods in their diet, which includes red meat, eggs, shrimp and the dark meat of poultry. In addition, people can get iron from vegetables such as legumes and leafy greens, although this kind of iron needs to be eaten with acidic foods in order to be absorbed by our bodies.

Even if you eat enough iron, you still may not be absorbing enough. Inflammatory conditions of the gut can make it difficult to absorb iron. In addition, you may simply be losing more iron than you naturally take in through diet. People lose iron mainly through bleeding, which is why people with ulcers or intestinal parasites are at high risk of anemia. This is a very important reason that you see high levels of iron deficiency in women, especially women who menstruate or have recently had a child.

Signs You Have Iron Deficiency

The signs of iron deficiency can be subtle and yet have a huge effect on your quality of life. The most common symptom is fatigue, because your cells are not making enough ATP and also are not getting optimal levels of oxygen from your blood. In addition, iron deficiency in women and men can manifest in a variety of other ways, such as:

When your body does not have the nutrients that it needs to performs all of the cell processes that iron supports, you will feel the effects in a variety of ways. Many people blame the effects of iron deficiency on not getting enough sleep, growing older, or having a hectic schedule when in fact they simply need to take in more vitamins and minerals. 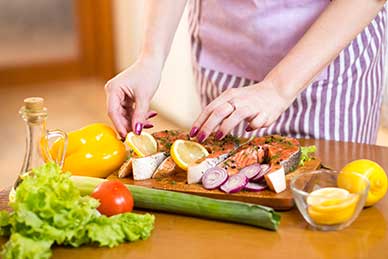 If you believe that you are suffering from a deficiency of iron, there are several ways to quickly build up healthy levels of this vitamin. Many people simply add more iron-rich foods to their diets and take care to eat vegetarian sources of iron with an acidic food such as lemon. However, it can be difficult to get the iron that you need from diet alone, especially for women of reproductive age and young children who are growing quickly. For these people, taking an iron supplement or a multivitamin with their daily allowance of iron is the answer.

Getting enough iron is crucial for good health. However, iron deficiency in women and children is, unfortunately, only too common. While it can be difficult in the modern world to get all of the iron that you need to sustain optimal health, a well-balanced multivitamin ensures that you are always covered.