Most modern people know that a “healthy tan” is somewhat of an oxymoron. Due to widespread awareness of skin cancer, premature aging and other effects of long term sun exposure, most often we take efforts to protect ourselves from harmful ultraviolet rays. While these are generally good health decisions, they also can lead to a deficiency of vitamin D. As a result, many modern people are deficient in this vital nutrient, which is needed for a variety of important cell processes. These deficiencies can lead to depression, lower immune system function and a variety of ill effects. According to new research on vitamin D cardiovascular benefits, a lack of this essential vitamin also may increase the risk of serious cardiovascular events.

The Importance of the Sun Vitamin 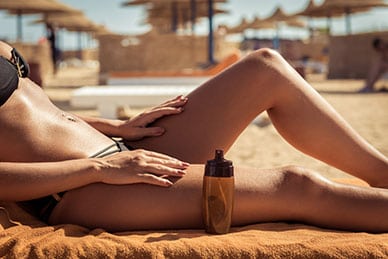 Vitamin D is an essential vitamin, which means that it is needed to sustain human life yet is not made by our bodies. Unlike other nutrients, it is very difficult to get enough of this vitamin even from a healthy, well-rounded diet. Throughout human history, most of our vitamin D has come from the sun. When light interacts with our skin cells, vitamin D is produced. Modern people, however, take steps to actively avoid sun exposure. As a result, vitamin D deficiency is becoming increasingly common.

The rise of vitamin D deficiency can have serious health effects. Because this vitamin is needed to absorb calcium and build strong bones, people who do not get enough of it can suffer disorders such as rickets (softening of the bones that leads to them bowing and bending) and osteomalacia (thinning of the bones). It also can lead to increased inflammation and decreased immune activity, both of which contribute to a higher risk of cancer. Vitamin D deficiency also can cause depression and fatigue, contributing to the winter blues. According to new research, the integrity of our blood vessels also may suffer when we do not get enough of this vital nutrient.

Although a heart attack and a stroke are two very different diseases with two very different effects, both are signs that there is a problem with the integrity of blood vessels. They are both caused by a blockage or stopping of blood flow to our most critical tissues. These diseases both fall under the category of cardiovascular disease, which is the leading cause of death worldwide. Several studies on vitamin D and heart health have indicated that low levels of this vitamin can increase the chances of having a heart attack. However, researchers acknowledged that more study was needed before officially recommending supplementation of this vitamin as a means of improving cardiovascular health.

However, two new studies on vitamin D cardiovascular benefits suggest that this nutrient indeed can reduce the risk of serious diseases. Researchers in Beijing, China performed a meta-analysis, which is a statistical review of all existing literature on a subject. They found that people who are deficient in vitamin D have more than twice the risk of an ischemic stroke as those who have adequate levels of this vitamin. 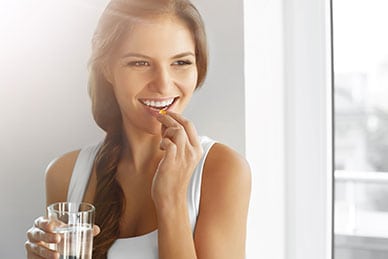 Another study from the University of Bergen in Norway further emphasizes the importance of this nutrient. This study, published this month in The Journal of Clinical Endocrinology & Metabolism, found that that taking vitamin D supplements can decrease the risk of not just stroke, but of cardiovascular disease as a whole. The collectively low vitamin D levels seen in industrialized countries may be contributing to our sharp increase in deaths from cardiovascular disease.

Are You Getting Enough Vitamin D?

There are blood tests that can determine if you are low in this or other essential vitamins. However, most doctors recommend that people take a supplement of this vitamin, particularly in the winter months when bright, direct sunlight is rare. In addition, people can get vitamin D from several dietary sources such as oily fish, tofu, fortified dairy products and liver. Because most adults do not eat these foods in large quantities, supplements are often necessary.

In addition, people can get a boost in vitamin D from just a few minutes of direct sunlight on exposed skin that has not been treated with sunscreen. Although sunscreen is important for reducing the risk of skin cancer, short sun exposure can have significant health benefits without the drawbacks. As with so many health issues, moderation appears to be the key.

More research will be needed to determine exactly how vitamin D is causing this dramatic impact on cardiovascular risk. However, it is clear that this nutrient indeed can have an effect on your risk of heart attack and stroke. Taking a supplement of this nutrient may be more important than we previously realized.