What is life like when you cannot sleep well? People with circadian rhythm disorders know all too well. These types of sleep disorders can affect every aspect of a person’s life and even have a crucial effect on the risk for serious diseases such as heart disease and cancer.

While nearly everyone will suffer from insomnia at some point in their life, circadian rhythm disorders are more serious and more difficult to treat. In these disorders, the patient’s body is not releasing hormones for sleep, wakefulness and other daily activities at the right time. The result is that people can feel tired when they are supposed to be working, or they are wide awake when it is time to sleep. This can lead to fatigue, depression and a variety of health effects.

The mechanism of these disorders is generally not well known, but researchers have identified several genes behind circadian rhythm disorders. In a healthy person, the suprachiasmatic nucleus of the hypothalamus processes information such as light levels and temperature. Hormones are released to make the person sleepy, more awake, hungry, or whatever is needed at that time in the day. In a person with these disorders, these hormones are released at the wrong time, in the wrong amounts, or not at all. 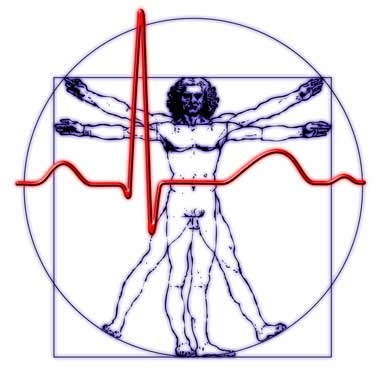 There are multiple types of circadian rhythm disorders, each requiring different treatments and a unique approach. The two most common, shift work disorder and jet lag, are a result of a person’s lifestyle conflicting with their circadian rhythm. In shift work disorder, people who work nights or other odd hours begin to have trouble falling asleep or staying awake when needed because they do not sleep and wake at “normal” times. In jet lag disorder, a person who travels to a new time zone may have physical effects such as fatigue and memory loss due to the shift in environmental cues such as light.

There are circadian sleep disorders that are not caused by the environment as well. Delayed phase sleep disorder is common in teens and young adults. In this disorder, the timing of the circadian rhythm is shifted so that people cannot go to sleep until very late at night. If they cannot also sleep late, they will suffer the effects of insomnia and fatigue. Advanced phase sleep disorder is just the opposite. In this sleep disorder usually seen in the elderly, people feel sleepy very early in the evening and wake up early in the morning. There are even non-24-hour sleep-wake disorders in which the internal clock is not set to the normal 24 hours.

Circadian sleep disorders can make you tired, overemotional and even disrupt your thinking. In addition, they can increase your risk of developing serious diseases as you age. However, there are many approaches to treating these disorders. Many people can get a better night’s sleep by taking a melatonin supplement. Because melatonin is the hormone released to make people sleepy, taking this supplement can help people who have trouble falling asleep when it is time. Bright light therapy during the day also has been found to be helpful. Certain wavelengths of light tell your brain that it is daytime, which encourages making wakefulness hormones.