As the old saying goes, you can lead a horse to water but you cannot make them drink. Putting children to bed is a similar experience for many exhausted parents. You can go through a bedtime routine and tuck the little ones in at an early hour, but there is no “off” button. Some children lie awake for hours or get out of bed repeatedly asking for glasses of water and other diversions. This can lead to sleep deprivation for the whole family. Unfortunately, studies on children and sleep show that sleep deprivation can create behavioral issues and even affect children’s future physical health.

Children and Sleep: Is Lack of Sleep a National Epidemic? 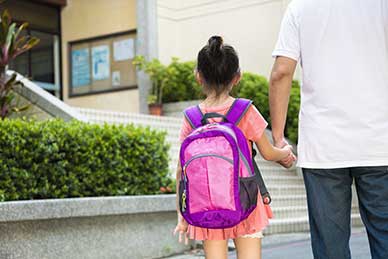 There are hundreds of books on the market instructing parents on how to get their children to sleep. Many of these are focused on infants, who notoriously keep their parents awake at night. However, sleep deprivation is an issue for older children as well. Six out of ten middle-schoolers and almost 90 percent of teens do not get the sleep they need, according to pediatricians. School-aged children also are missing out on the valuable shut-eye that they need in large and ever-increasing numbers.

This sleep deprivation can have devastating effects on physical health and even behavior. American pediatricians have called for a variety of measures to remedy this, including later school times and earlier bed times. However, the problem appears to be worsening. Children are getting less sleep than ever in the U.S. and throughout the Western world. This is worsening to the point where some pediatricians have called sleep deprivation a public health crisis.

The Effects of Sleep Deprivation on Growing Minds and Bodies

Unfortunately, sleep deprivation does not come without a cost. Going to bed late, even in the preschool years, is tied to obesity. Because having a healthy circadian rhythm is necessary to a variety of metabolic processes, children who grow up consistently getting lower than recommended amounts of sleep later are more prone to unhealthy weight gain. This is especially true for children who come from low-income households, who are minorities, or who have less educated mothers—in other words, children who are already statistically at a higher risk of health problems than their peers.

The effects of sleep deprivation do not merely affect weight, but behavior as well. Adults who get less than adequate sleep are more emotionally labile and this appears to be true for children as well. In children, this may manifest as poor behavior. In addition, children who do not get enough sleep are at higher risk of depression and anxiety later on in life. For many families, this creates a downward spiral in which sleep deprivation creates bedtime behavior problems, which in turn create more sleep deprivation for both parents and tots. 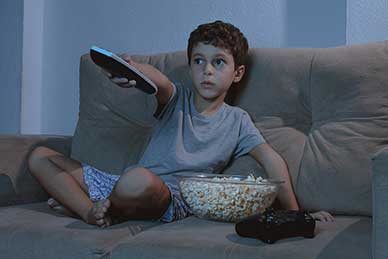 While melatonin helps many adults to nod off at bedtime, the jury is out as to whether it can be effective in breaking the link between poorly-behaved children and sleep deprivation. Melatonin appears to help children fall asleep faster, but it also has more side effects in those who are young, including headaches and appetite loss. It has been shown to help children with ADHD fall asleep, but these results are preliminary and will have to be further studied. Because its long-term effects on children have not been adequately studied, parents should talk to their pediatrician about whether this is the right choice for their family.

There are other ways that parents can help children to get enough sleep. Experts recommend turning off screens and dimming lights well before bedtime. Having a relaxing and unchanging bedtime routine also can help children to fall asleep. Light therapy during the day may be helpful for children who suffer from a delayed sleep phase, in which children have a circadian clock that runs a bit late. Last, avoid exposure to caffeine and nicotine, which is present in secondhand smoke. These stimulants are always bad for children, but they can have the additional effect of keeping them awake well after they’re tucked into bed.

Getting children to bed in time for a restful night of sleep may not always be easy, but the alternatives can be devastating to physical and emotional health. There are a variety of healthy, natural ways to help children get the sleep they need to be healthy and happy throughout their days and well into adulthood.