Melatonin is a popular natural supplement used by millions who occasionally have trouble falling asleep. While melatonin can be effective, there are dangers to assuming natural compounds are always safe—especially when they are combined with other supplements, prescription medications or alcohol. Melatonin and alcohol taken together can lead to serious complications. Alcohol can also impact the effects of melatonin. Here’s how to take melatonin safely and why you should never mix it with alcohol. 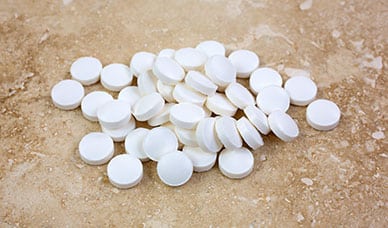 Melatonin is a hormone produced by the pineal gland in the brain. While there are small amounts of melatonin found in some foods like vegetables and meat, it’s most commonly used in supplement form.

This hormone is essential in controlling sleep-wake cycles. When the pineal gland perceives a decrease in light, the gland begins to produce melatonin, which makes you feel tired. This usually occurs around 9 p.m. Melatonin levels will rise sharply and stay elevated in the blood for about 12 hours, or basically all night. Bright light does the opposite to decrease melatonin secretion and make you feel more awake. Melatonin levels drop to a daytime low by about 9 a.m. During the day, melatonin levels should be hard to detect. Night shift work or being exposed to bright lights at night can disrupt this delicate biological clock. Rapid travel between multiple time zones can also interfere with your biological clock.

Melatonin is an effective sleep aid for occasional sleeplessness, as long as you proceed with caution. A 2002 Cochrane review of 10 randomized trials found melatonin is “remarkably effective” in the prevention and reduction of jet lag. It has been found to help you fall asleep faster and sleep more deeply. When used at the correct low dose, it can also reduce daytime fatigue. While good for occasional sleeplessness, when it comes to chronic insomnia, melatonin offers only modest help and may cause more harm than good in the long run. Melatonin will become ineffective when used for too long or at a high dose.

Dangers of Combining Melatonin and Alcohol

Someone who has combined alcohol and melatonin may have difficulty driving and even walking. This increases the risk of traffic accidents and falls at home.

The other problem with combining these sedatives: Alcohol can actually decrease the effectiveness of melatonin. Alcohol does not promote natural sleep patterns and multiple studies have found that alcohol consumption at night actually decreases melatonin levels. One study conducted by France’s Centre Hospitalier Universitaire found that drinking 256 grams of alcohol (or 9 ounces) over a 24-hour period can reverse normal melatonin production. This results in lower melatonin production at night but higher production during the day. 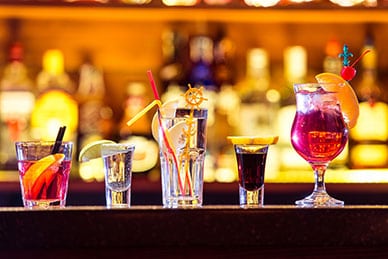 Combining sedatives may result in excessive drowsiness or loss of consciousness, but some people experience the opposite effect. Some people feel like they have taken a stimulant when alcohol is combined with melatonin. This may be due to the body reacting to alcohol by producing adrenaline.

How to Use Melatonin Safely

Melatonin is generally safe to use to help you sleep as long as you do not combine it with other sedatives. There are no known major complications of melatonin, but mild side effects can include daytime drowsiness, irritability, headaches and stomach cramps.

A dose of 1-3 milligrams around one hour before bedtime is usually enough to maximize the body’s response to the supplement. Using melatonin consistently before bed usually produces results within a few days. You can also use melatonin to speed your recovery from jet lag, according to research. To do this, take 5 mg for three or four days at your intended bedtime after you fly east.

Melatonin supplements are only designed to reset your body’s internal clock, not treat full-blown insomnia or chronic sleep problems. Melatonin should be used to help counter the effects of jet lag, get through an unusual work schedule or manage circadian rhythm disorder, but beware of long-term melatonin supplementation.

When it comes to melatonin, more is not necessarily better: You should also use the lowest dose possible to improve sleep. Research has suggested that high doses of melatonin before bed cause higher plasma melatonin levels in the morning. This can leave you groggy the next day. Commonly available high doses of melatonin are also ineffective and stop working after a few days, according to one MIT study, which did confirm the hormone is effective as a sleep aid. This is because the melatonin receptors in the brain are exposed to too much of the compound and become unresponsive to it.