Aging affects all of us eventually, both inside and out. Our skin begins to sag and fine lines appear; our arteries and joints degenerate in ways that affect mobility and disease risk. Eyesight begins to decline along with memory and cognitive function. What if there were a natural way to help protect against some of these deleterious effects of time? According to new research, the colorful carotenoid astaxanthin may be the key.

How Do We Age?

Scientific studies have indicated that damage from free radicals are responsible for many of the changes that we associate with aging. Oxygen is necessary for us to live, but it also can have a negative effect on cells. Oxygen is inhaled as a bonded molecule made of two oxygen atoms, which is why it is referred to as O2. However, it is split into two oxygen atoms as part of cell metabolism. This process creates oxygen radicals, which are destructive to many components of our cells, especially DNA. 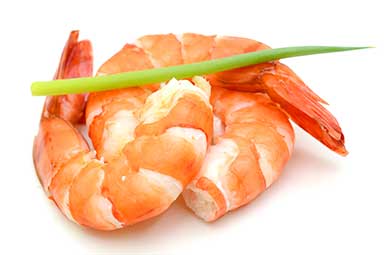 Our bodies make an enzyme called superoxide dismutase that removes oxygen free radicals, binding them to other molecules so they cannot cause damage. As we age, our bodies do not create this important enzyme as effectively. The result is that our cells suffer small amounts of damage that lead to the physical symptoms and increased health risks associated with growing old. For centuries, ancient explorers searched fruitlessly for the “Fountain of Youth,” but we are still left with no real way to slow down aging, let alone prevent or reverse it.

Astaxanthin is a carotenoid, aka substances that typically have a red-orange tint. It is found in a variety of plant and animal foods, including select plants and algae, as well as certain marine fish such as salmon. It is present in high amounts in krill oil as well.  While this compound is plentiful throughout nature, most people who live in the United States and Western Europe need to take a supplement to get the health benefits of astaxanthin. Our diets simply do not contain many foods that are rich in this super-vitamin.

Astaxanthin was recently discovered to have powerful antioxidant properties, potentially protecting against some of the external and internal changes associated with aging. Not only may it protect against the visible symptoms of aging, such as fine lines and wrinkles, but other benefits of astaxanthin include helping to maintain healthy vision, cardiovascular health and a variety of other positive effects. Astaxanthin appears to work by influencing the amount of free radicals in our cells, in effect helping to protect against some of the damage associated with aging.

The Health Benefits of Astaxanthin 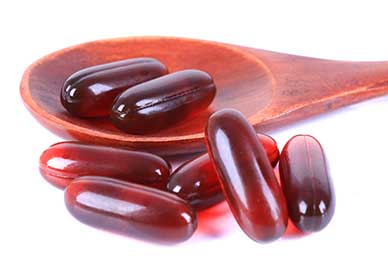 Several studies have found positive effects from taking astaxanthin as a daily supplement. Astaxanthin helps protect against the oxidation of fatty acids, which may benefit cardiovascular health and help maintain good health in other parts of your body. Astaxanthin has also been found to support brain health, helping to maintain healthy cognition and brain function by helping to protect against oxidative damage to the delicate tissues of the brain. It can also help maintain healthy vision, which is not surprising considering it is very similar on a molecular level to the sight-protecting nutrient beta carotene. Some other benefits of astaxanthin include supporting healthy fertility and decreasing recovery time after strenuous exercise.

Astaxanthin helps protect against a diverse range of health concerns and helps promote healthy aging by protecting against the root cause: free radicals. While it has not been studied long enough to know if it has long-term benefits or side effects, astaxanthin is likely a safe way to support healthy aging. While it is important to speak with your physician before beginning any new supplement, the health benefits of astaxanthin may make it the top healthy aging supplement of our time.