If you keep up with the latest news in natural health and health-promoting ingredients, you have probably heard of astaxanthin. This carotenoid has been called a “super-antioxidant” for its protective role against a number of different health concerns.  New studies suggest that it may be a powerful supplement for healthy aging as well.

Astaxanthin is a member of the carotenoid family, natural pigments present in healthy foods. Many carotenoids act as antioxidants, protecting against the oxidative stress that comes from cell metabolism and pollutants in the environment. Astaxanthin is present in pink or red seafood including shrimp, crab, and even some kinds of krill and kelp. Because human bodies cannot make this compound and Americans do not eat a diet rich in these foods, many can benefit from an astaxanthin supplement.

Astaxanthin has been shown in research to have many health benefits. Because it possesses antioxidant properties, it may help to promote cellular health, heart health and protect against some of the neurodegenerative conditions associated with aging. It also has been found in preliminary trials to help with diverse conditions from male fertility concerns to gastric ulcers. It can even promote cognitive health and boost energy. However, until recent studies, the healthy-aging effects of this phytonutrient were unknown.

Supporting Healthy Aging from the Inside Out 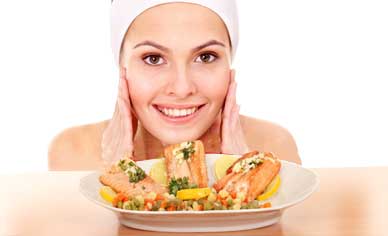 There is a growing body of research suggesting that astaxanthin can have a significant impact on wrinkles and other signs of skin aging. In one recent study, women took astaxanthin supplements and also applied a cream containing the antioxidant to their faces. After eight weeks, they showed significant improvement in wrinkles, crow’s feet, skin texture, moisture and the general condition of skin cells. Another study showed similar results from taking the supplement alone for six weeks. These results are present in both men and women.

Astaxanthin benefits skin on a cellular level as well. People who take supplements of this antioxidant nutrient while also applying it to their skin topically have more moisture and better condition in their corneocytes, or superficial skin cells.

A Super-Antioxidant to the Rescue!

Every day, our bodies are exposed to oxygen radicals. We need oxygen to live, but it can be destructive to our cells at the same. Antioxidants reverse the damage of oxygen radicals, preventing long-term changes to our cells and our DNA. Research has found astaxanthin to be one of the most potent antioxidant ingredients available.  It has several benefits over other antioxidants. For example, it is lipid soluble, which means it can cross cell membranes and act inside cells, where antioxidants are most needed. In addition, it has anti-inflammatory properties, promoting healthy cellular inflammatory processes. Inflammation is one of the largest contributors to premature aging and related health concerns.

This little supplement appears to have huge effects on whole-body health. It is important to talk to your doctor or health care practitioner about supplements, particularly if you are already taking other medication. However, the positive effects of taking astaxanthin are so great that it will likely benefit many people, particularly those who wish to support healthy aging.