Vitamin B12, a part of the essential B-complex, is necessary for our bodies to create and repair DNA, red blood cells and nerves, as well as a whole host of other functions. New research out of Ireland illuminates the worrying magnitude of vitamin B12 deficiency among older populations.

Over the Age of 50? You’re More at Risk for B12 Deficiency

Researchers from Trinity College Dublin’s Irish Longitudinal Study on Aging have published new findings in the British Journal of Nutrition showing that a significant amount of people over the age of 50 are at risk of a deficiency in B12. The team analyzed data from over five thousand individuals across different provinces in Ireland and found that while there were variations in deficiency depending on variables such as locale, general health and lifestyle, as well as the time of year measured, overall, older adults are considerably more at risk of a vitamin B12 or folate (vitamin B9) deficiency.

Deficiencies in folate and B12 are associated with numerous health issues such as anemia, fatigue, headaches and memory impairment, especially in older populations. According to their data, one in eight Irish adults over the age of 50 are B12 deficient., while one out of every seven older adults is deficient in folate. Their findings demonstrated that low or deficient levels of B12 and folate increase with age and is also more common in those who are obese, smoke, or who live alone.

B12 deficiency isn’t quite as widespread in countries such as the United States where some foods are mandatorily fortified with folate and B12. The researchers hope their findings will help to develop new public health policies regarding vitamin and nutrient fortification. “The high rates of B-vitamin deficiency seen in the older adult population are of concern and, given that this can be easily treated with fortification, this has significant policy and practice implications for Government and health services,” Dr. Rose Anne Kenny, the Principal Investigator at TILDA said in a press release.

What is Vitamin B12 and What Does it Do?

B12 is one of the eight vitamins that make up the group of all-important B vitamins. It is the most “chemically complex” of all the vitamins and is critical for the normal functioning of our brains and nervous system. Every single cell in the human body depends on B12. Our bodies need it for the production of red blood cells as well as the reparation and creation of new tissue and DNA. It’s also essential for the processes of energy and fatty acid production.

Our bodies produce millions of red blood cells each minute. Red blood cells contain the protein hemoglobin, which transports oxygen throughout our bodies and carries carbon dioxide back to the lungs for exhalation. When B12 levels become too low, the body’s production of red blood cells decreases. If red blood cell count drops too low, anemia develops and brings with it a slew of health complications, some severe and potentially irreversible.

Signs and Symptoms of a B12 Deficiency

Even slightly lower levels of B12 can trigger symptoms such as depression, brain fog and fatigue in individuals. Loss of appetite, constipation and rapid weight loss can also occur. The lower B12 levels drop and the longer the deficiency goes on, neurological issues, such as numb and tingling extremities or motor skill and balance issues, are likely to develop. 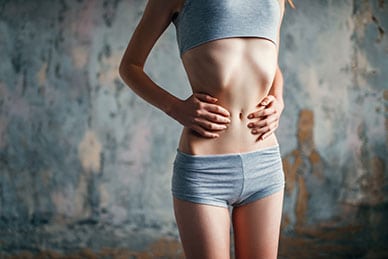 A long-term deficiency carries a significant risk of permanent brain and nerve damage. B12 deficiency has been known to put some people at a higher risk of mental health issues such as dementia, mania or psychosis. A B12 deficiency also impacts immune response and can increase susceptibility to infection or disease. Long-term deficiency leads to the onset of anemia, which may be accompanied by any number of symptoms:

What to do About a B12 Deficiency

Because a deficiency has the capability of causing irreversible damage, it’s critical to identify and treat a B12 or folate deficiency as soon as possible. The symptoms that arise from a B12 deficiency may also be indicative of other serious conditions, therefore, if you think that you are deficient in B12 or folate, it’s extremely important that you speak with a healthcare professional.

How Much B12 Do You Need and Where Can You Find It?

The United States National Institutes of Health recommends that anyone over the age of 14 years old should ingest at least 2.4 micrograms (mcg) of B12 each day. Pregnant women and women who are breastfeeding are encouraged to consume a bit more, 2.6 mcg and 2.8 mcg respectively.

The only organisms that naturally produce B12 are a few particular strains of bacteria and archaea. No naturally-occurring vegetable sources of the vitamin exist, putting vegetarians and vegans at a higher risk of deficiency than non-vegetarians. The richest sources of vitamin B12 are animal products such as milk, eggs and meats (beef, pork, poultry, lamb), fish, seafood/shellfish, nutritional yeast and fortified foods such as breakfast cereals and nutritional beverages.

Some medications, like metformin, which is a diabetes medication, and certain peptic ulcer treatments, as well as some antibiotics are known to interfere with the body’s ability to absorb B12 properly, and therefore, supplementation may be necessary.