In recent years, continued discoveries relating to the importance of the gut microbiome have brought to light the extent to which we rely on the bacteria thriving in our body to determine how we fight off disease. The bacteria in the large intestine are responsible for influencing genetic responses to a number of external factors.

We actually have more microbes in our body than natural human cells. In turn, viruses outnumber the bacteria in our body by as much, helping to complete an entire community of viruses, bacterium and cells that nature intends to work in unison. When there is a healthy balance between harmful bacteria and “friendly” bacteria, we enjoy better digestive, immune and even mental health. New research suggests artificial sweeteners toxic to gut bacteria, leaving millions of people open to illness.

Why is the Gut Microbiome So Important? 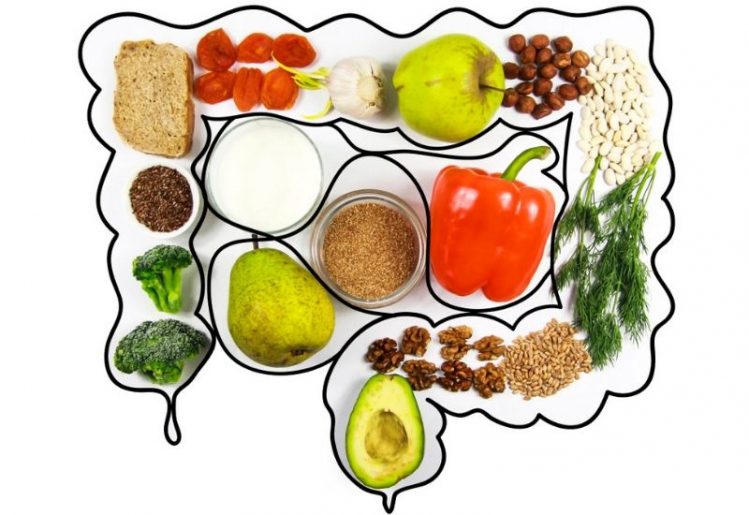 It has also been found that each strand of bacteria performs a specific function. For instance, some bacterial strands have been linked to an increased risk of obesity, while other strands have been found to affect the likelihood of developing autism. When an imbalance of the gut microbiome does occur, it produces an inflammatory response in the large intestine. From there, messages are sent to the brain, which then relays messages to the central nervous system and the rest of the body.

This interaction between microbes and human cells is why it’s so important to eat a healthy, varied diet. While you do need the vitamins and nutrients that are found in natural, healthy foods, you also need the bacteria that thrive in a diverse sampling of foods. The more diverse your diet, the more diverse your gut microbiome will become. A wide variety of bacteria will help your body strengthen its immunity against a variety of illnesses.

A recent study, which was conducted at the Weizmann Institute of Science, looked at the effects of non-caloric artificial sweeteners (NAS) on the gut microbiome. The project involved testing mice by providing them with drinking water that was infused with high doses of artificial sweeteners. For the study, sucralose, saccharin and aspartame were used. After an 11-week trial period, the mice fed a supply of NAS-infused water experienced elevated levels of glucose intolerance. Mice in control groups, which were either fed plain water or water infused with sucrose or glucose, did not experience the same increase in glucose intolerance. The intolerance in the test mice was observed as early as eight weeks into the trial, but ultimately peaked at the 11-week point.

When compared with the gut microbiomes of healthy mice, the gut microbiomes of mice fed artificial sweeteners exhibited significant changes. One observation made during the study was that the pathways observed to be common in cases of obesity and diabetes were stronger in mice who had been subjected to NAS-infused water. Among the artificial sweeteners toxic to gut bacteria, the researchers found that saccharin was especially destructive to the gut microbiome. This NAS in particular increased glucose intolerance, while also affecting the gut bacteria known to promote obesity. With continued consumption, saccharin was found to alter certain strains of Clostridiales bacteria. These bacterial strains have been previously linked to an increased risk for type 2 diabetes.

To verify these findings, the research team used mice that were specially bred to be devoid of gut microbes. The test mice in this new group had fecal bacteria transplanted into them from mice who were fed the saccharin-infused water. In addition to developing a heightened intolerance to glucose, the test mice also developed similar bacterial changes as those of the donor mice.

Sports Drinks May Be Hazardous to Your Gut Microbiome

In another study, researchers looked at how non-caloric artificial sweeteners would affect human subjects when consumed via sports drinks. E. coli bacteria was modified to become luminescent upon interacting with toxins. This helped the researchers determine the level of toxicity in the gut microbiome. As a result, the E. coli bacteria were able to make it evident that exposure to a NAS resulted in increased toxicity in the gut microbiome.

The study indicated that artificial sweeteners can alter the bacterial balance in the large intestines, which weakens the immune system. Altered bacteria in the body also increases the chances of developing a number of medical conditions. Heart disease, autism, obesity, diabetes and many other serious medical conditions have been linked to the health of the gut microbiome.

As a whole, this research suggests a healthy diet is even more important than previously believed. To increase the health of the gut microbiome, try adding more colorful plant-based foods to your diet. Switching to whole grains and eliminating processed meats is also important. Eating naturally fermented foods and taking a probiotic supplement can also help you boost the diversity of your gut microbiome. This research also suggests replacing sugar with artificial sweeteners may not be the harmless solution most people have believed for the past two decades.