High cholesterol is one of the greatest risk factors for coronary artery disease, stroke and heart attack. While prescription statins can be an effective way to reduce bad cholesterol levels, they aren’t enough for many adults and they come with side effects. Here are some of the most effective science-backed ways to naturally maintain healthy cholesterol levels.

The Importance of Healthy Cholesterol Levels

Cholesterol is a fatty-like substance found in cells that’s necessary to make vitamin D, hormones and some substances for digestion. Cholesterol isn’t bad, because the human body needs it to build cells and hormones, but too much cholesterol can be harmful.

Now that you have a better understanding of how cholesterol works, it’s time to learn ways to naturally maintain healthier levels of HDL and LDL cholesterol.

Grapes have long been known for their health benefits, but it wasn’t until recently that scientists were able to understand why. Grape seed extract has been found in several studies to have heart health benefits, including the ability to support healthy blood pressure and cholesterol levels. This is due to a high concentration of oligomeric proanthocyanidins (OPCs). 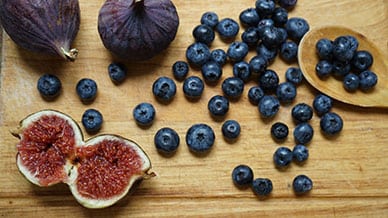 Purple vegetables and fruits appear to be effective at improving good HDL cholesterol due to unique antioxidants called anthocyanins. Extracts of anthocyanin have been shown in studies to fight free radical damage and possibly raise HDL cholesterol levels.

A 24-week study published in the Journal of Nutrition on participants with diabetes also found that those who took an anthocyanin supplement two times a day had a 19 percent average increase in HDL cholesterol plus other improvements in heart health markers.

Along with taking supplements containing anthocyanin extract, you can eat a diet rich in purple or blue vegetables and fruits like eggplant, blueberries, figs, red cabbage, acai berries and even purple cauliflower.

Olive oil is the only form of monounsaturated fat that appears to reduce the risk of heart disease, according to a massive analysis of 42 studies involving over 800,000 participants published in Lipids in Health and Disease. It appears that olive oil offers heart health benefits primarily by increasing HDL or “good” cholesterol thanks to its antioxidants called polyphenols.

Fatty fish like sardines, salmon and mackerel are rich in omega-3 fats that have been shown in numerous studies to reduce inflammation and support healthy functioning of cells lining the arteries. Research also indicates that eating fatty fish or taking fish oil supplements supports healthy levels of good HDL cholesterol.

Exercising at least a few times a week can help improve cholesterol levels. Any type of exercise can be beneficial, but high-intensity types of exercise are most effective if cholesterol is a concern. 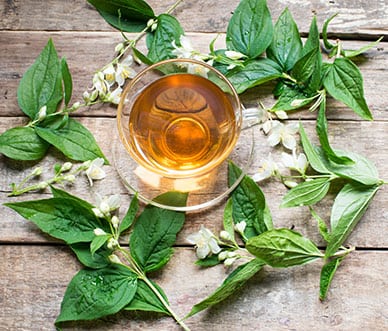 Some studies have indicated that green tea and tea extract can help promote healthier LDL cholesterol levels as well as healthy blood sugar and blood pressure, other markers of heart health, thanks to the high concentration of antioxidant polyphenols in tea. One study published in 2003 found that people with moderately high cholesterol who took a tea extract for 12 weeks experienced a 16 percent average decline in LDL cholesterol. A separate study published in the Journal of the American Dietetic Association found that drinking green tea or taking a tea extract is linked to a significant reduction in bad cholesterol levels.

Resveratrol, a polyphenol found in grapes and red wine, offers some promise in protecting against heart disease. One study in the Iranian Journal of Basic Medical Sciences even concluded that resveratrol helps protect against atherosclerosis by supporting healthy levels of bad cholesterol and by its effects on inflammation.

The link between red wine and a lower risk of heart attacks and heart disease isn’t completely understood yet, but resveratrol is believed to increase levels of good cholesterol to protect against a build-up of cholesterol in the arteries.

Our Resverchron® supplement is a complete, broad-spectrum regimen designed with heart health in mind. With a combination of the best-researched nutrients, extracts and minerals found to promote healthy cholesterol and blood pressure within normal ranges as well as a healthy cardiovascular system. Resverchron contains resveratrol, plus grape seed extract, niacin, green tea extract, Omega-3 fatty acids and more — all in a single supplement.