Most people want to drop a few pounds to look better in their swimsuits, but a new study indicates losing even just 5 to 10 percent of your body weight can result in dramatic health benefits.

Most people understand that weight control is a growing problem in the United States, particularly with the modern propensity to crave sugary, fattening or fried foods. On top of poor diets, Americans get far less physical exercise than they should, so their bodies have no way to burn that excess fat. This has led to nearly half of the population, or 160 million people, to struggle with being overweight. In many cases, people are clinically obese, which exposes them to the risks of developing diabetes, heart disease and many other health problems.

The problem isn’t limited to adults, either. As many as 30 percent of children in the U.S. are overweight or obese. Children struggling with obesity struggle with the same health risks as adults and may develop chronic illnesses sooner, because they live with obesity for a longer period. Including overweight children, these numbers rank the U.S. as the leader in total number of overweight people.

This has led many to become obsessed with fad diets and weight control treatments. Nearly 50 percent of Americans have reported an interest in losing weight and are willing to make lifestyle changes to do it. While most people can drop a few pounds in the beginning and may even reach their target weight, keeping those pounds off becomes problematic. It usually doesn’t take long to regain those pounds and return to the previous unhealthy weight.

New studies back up the assertion of the American Heart Association (AHA) that losing up to 20 percent of excess body weight and keeping it off can lead to significant health benefits. Specifically, it can improve cardiometabolic health. Greg Knell conducted the study at the University of Texas Health Science Center and reported that losing just 5 percent of one’s total body weight can enhance metabolic health. The research team led by Knell looked at the responses of 7,670 adult participants in the National Health and Nutrition Examination Survey, which recorded data about each respondent’s cardiometabolic health. Some questions focused on topics of weight, waist measurements, cholesterol and blood sugar levels.

After examining the data, Knell’s team discovered that losing between 5 percent and 10 percent of total body weight reduced the likelihood of developing metabolic syndrome by as much as 22 percent in adults. Metabolic syndrome is a blanket term used to describe a state in which the individual has a significantly increased risk of developing diabetes, heart disease and stroke.

And the benefits were found to increase as more weight was lost. People who lost 20 percent or more of their total body weight were 53 percent less likely to develop metabolic syndrome. Greg Knell confirmed that supposition, commenting that the greater the weight loss percentage, the more cardiometabolic health improved. He added that losing just a few pounds can benefit those who are overweight or obese, even if losing 5 percent of their body weight seems like an impossible goal.

How Did Study Participants Shed Weight?

The University of Texas Health Science Center study also found that losing weight proved problematic for many participants in the survey. Of those who admitted trying to lose weight, as many as 62 percent reported that their efforts were unsuccessful. Nutrition experts suggest this type of weight loss failure has more to do with false beliefs about nutrition than with insufficient attempts.

For instance, people often assume maintaining a healthy weight means eating less food. To the contrary, nutritionists recommend adding more foods to your diet and simply changing the foods you eat. Replace prepackaged foods with fresh fruits, vegetables, nuts and seeds. These foods can help you stay full without adding excess sugar and fat to your diet. 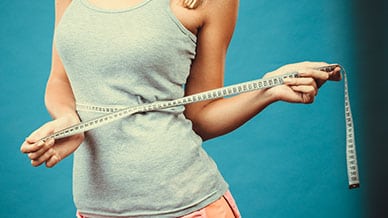 Avoid viewing physical activity as a chore, as well. Instead of trying to maintain a workout routine, it’s a better idea to engage in physical activities you enjoy. That can include going for walks, mountain climbing, swimming or taking a martial arts class. For the best results, fitness experts recommend doing a variety of activities, so you can work out different muscle groups and maximize the body’s ability to burn calories.

Another good recommendation for making dietary changes is to alter the ingredients in your favorite foods. For instance, eating more foods rich in fiber will help you feel full for longer and the fiber will aid in digestion. Switching to low-fat dairy products, low calorie drinks, and more natural foods can also help you lose weight without sacrificing taste.

Timing is Everything: Maintaining Healthy Weight with the Chronodiet:

If you’re eager to experience the healthy benefits of losing weight for yourself, the times you eat can be just as important as the foods you eat. Studies have found that chronobiology and the circadian rhythm play a part in the processing and digestion of foods, leading to the development of a system called the Chronodiet. Part of the Chronodiet involves eating bigger meals and less healthy foods at a time of day when the body can more easily break those compounds down.

As a general rule, you should eat heavier meals between noon and 2:00 p.m., because the body will store less fat during these times. Earlier in the morning and later in the evening, it’s much more important to be health conscious and eat more nutritiously. Additionally, snacks and sweets should be avoided entirely between meals and you should go 12 hours without any calorie consumption, between dinner and breakfast.

By watching what you eat, adding more physical activity to your routine, and timing your meals with better precision, your ability to lose weight will be improved. As you begin to shed pounds, you’ll feel better, but, more importantly, you’ll reduce the risks of developing metabolic syndrome. Dedicating yourself to losing weight can help you become healthier in addition to helping you look better.