All expecting parents want to give their baby the best chance at a healthy and happy life. However, until recently there was very little data on exactly how to accomplish this goal. New research on the effects of nutrition in pregnancy is yielding hard data on exactly what comprises a healthy prenatal diet. Surprisingly, there may even be links between psychiatric diseases such as schizophrenia and diet in pregnancy.

Schizophrenia is one of the most serious mental illnesses affecting mankind. People with this disease struggle with delusions, hallucinations and cognitive changes. They also have trouble expressing emotions, with many suffering from a flat affect, or a face devoid of emotion. Over time, they lose interest in social activities and become increasingly closed in their own world. Their behavior and speech become disorganized and then completely nonfunctional.

In the past, people believed that schizophrenics were possessed by demons. In modern times, however, we understand that schizophrenia is a disorder of the brain. The brain undergoes atrophy in areas related to emotion and judgment. In addition, dopamine levels increase and cause frenetic biochemical activity. Schizophrenia is a progressive disease that causes structural changes that cannot be reversed. Prevention along with early identification and treatment are the only solutions currently offered by modern medicine. Learning more about how prenatal nutrition impacts schizophrenia could change the lives of many people suffering from this illness.

The Link Between Schizophrenia and Diet in Pregnancy

Omega-3 and omega-6 acids are known to be important in prenatal brain growth. New research suggests that a lack of these nutrients may increase the fetus’ risk of developing schizophrenia over the course of a lifetime. When pregnant mice were deprived of these two polyunsaturated fatty acids, their offspring developed a flat affect (or expression), disordered behavior and other symptoms that are similar to schizophrenia. The mice also developed brain changes associated with schizophrenia.

How can omega-3 and omega-6 fatty acids have this large of an impact? Researchers found that these fatty acids actually affect the transcription of key genes. These genes govern the expression of key neurotransmitters and are decreased in both fetuses deprived of fatty acids as well as schizophrenics. Genes that support the health of oligodendrocytes, which pass messages in the brain, were also downregulated in these mice, which may be a cause of the structural brain changes seen in this mental illness.

The Impact of Diet on a Growing Brain 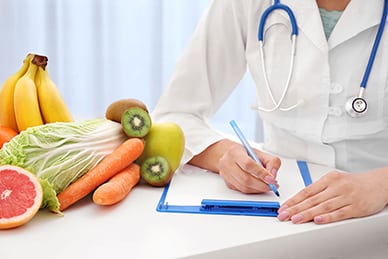 Omega-3 fatty acids have been previously found to be important in the brain health of adults, slowing the progression of neurodegenerative diseases and providing a wide variety of cognitive benefit. They appear to be especially important to the rapidly growing brain of a fetus. However, this study is not the only link between maternal diet and schizophrenia. Another recent study found that eating too much of the essential amino acid methionine could also increase the offspring’s risk of schizophrenia. Pregnant mice that were fed three times the normal daily amount of methionine had offspring that showed behavior associated with schizophrenia. When researchers examined their brains, they found that the gene Npas4 had been downregulated, a change also seen in the brains of human schizophrenics.

Methionine is found in cheese, eggs, nuts and other foods that are considered healthy. While pregnant women can enjoy these foods without risk to their future offspring, it is important that they do so in moderation. These studies underscore that a rich and varied diet appears to be one of the most important factors in the health of the fetus.

Good Nutrition for a Lifetime of Health

There are several simple changes that women can make to their diets to increase the chances of good health in their babies. Several studies on the impact of maternal nutrition have found that the following dietary measures are most important:

As with all health decisions in pregnancy, it is crucial that women discuss their health and their diet with their doctor. Many women have special dietary needs that their doctor can help them to identify and treat.

Pregnancy is one of the most special times in many women’s lives. Eating a healthy diet is one of the simplest and most delicious ways to give your baby the right start in life. New studies are showing that good nutrition is crucial to maintaining whole body health, both for mother and for the child.