Many neurological processes, such as remembering to breathe without even thinking about it, are well-understood. However, there are a few areas where modern science is just beginning to discover the truth. Sleep and memory are two such areas. We know a lot about the basics of these two important activities, but there are a myriad of details that we do not totally understand. New research suggests that there may be a link between these two mysteries of the brain.

How Do We Form Memories?

On the surface, memory seems like a simple process. Humans remember vast numbers of details, from their children’s names to how to scramble an egg. However, there is a complex mechanism underlying the simple task of remembering. The first step is memory acquisition, in which we transform our perceptions into a set of sensations that can be sent to the brain. This occurs mainly in the hippocampus of our brains and places each memory in short-term memory. If we encounter the same information again and again, the memory then undergoes consolidation, during which it gets stored in our long-term memory. In consolidation, the memory is moved from the hippocampus to the prefrontal lobe. The final stage is recall, in which we pull up the memory as needed.

Not only are there different stages involved in forming a memory, but there are different types of memory as well. These memories are each stored in different ways and processed at different times. For example, declarative memory is the memory of “just the facts” and is processed in the REM and slow-wave phases of sleep. This is the type of memory that allows you to remember your address. Procedural memory is the memory of how to do something, such as how to get from your job to your home. This also is processed in REM and slow-wave sleep, although it appears to be processed at different times during these sleep phases. Because sleep is important when it comes to processing these two different types of memory, it makes sense that sleep and memory are somehow linked.

A Link Between Sleep and Memory

There have been several studies indicating a link between sleep and memory. One experiment looked at memory recall after taking a nap. People who had more REM sleep and higher levels of change in autonomic activity had better recall of a video they had seen earlier in the day. Interestingly, the change in autonomic activity such as heart rate seemed to predict memory abilities better than the amount of REM sleep.

While the waking brain is optimized to collect information, our sleeping brains appear to be best at processing and storing it. So how does lack of sleep, a condition suffered by millions in the United States alone, affect your memory? 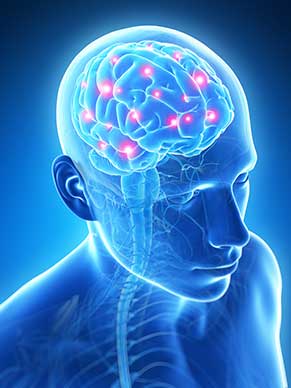 Unsurprisingly, losing sleep either from a busy lifestyle or a sleep disorder can affect your memory intensely. This appears to be due to a resulting lack of memory consolidation, the process of moving items from short-term to long-term memory. If you seem to have to look up the same information over and over or cannot remember a coworker’s name despite seeing them regularly, memory consolidation (and by extension a lack of sleep) may be the issue.

People who miss out on sleep fail to make new memories but also fail to recall old ones. Research has found that sleep can affect the function of the prefrontal lobe, and people who do not get enough sleep on a regular basis have been found to have changes in prefrontal lobe. Coincidentally, or not, these people also experience a dip in memories and begin suffering from the memory loss seen in dementia. Your sleep may be one of the most important factors in how easily you remember the details and facts that make up your memories and knowledge base.

Are you getting enough sleep? If you are like many people in the Western world, the answer is an emphatic no. However, you may not have realized that this may be causing a variety of mental and physical health issues. Getting enough sleep, both in quality and quantity, is not only essential to healthy cognitive function and memory, it’s crucial to leading a healthy and happy life.